it was never implemented after all. 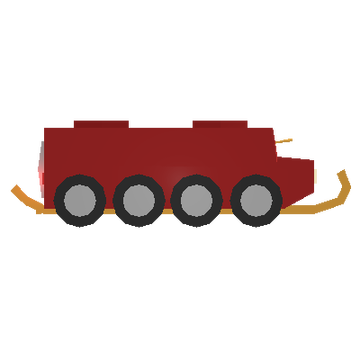 Only exception alongside with the camouflage Offroader skins that only a few people have.

Those sorts of camo is what I’m referring to, the ones the weapons use but would still work on vehicles. I think an arctic or plain white Huey would look nice is all

It’s been a controversial topic, and tbh Nelson in the end has reasoned that the break in immersion is probably unwarranted.

While I do agree with you on the immersion front for skins such as the Santa’s Sleigh APC, I believe that Cami skins aren’t as immersion breaking. I think skins could be a crafted rather than cosmetic by being within a radius of the vehicle (like a campfire or oven) and using an items such as paint and paint brushes to craft it, rather than the cosmetic items we’ve had so far

Nelson has said he will never implement generic vehicle skins, based on community feedback that it’s a terrible idea. The only exception is special exclusive items.

Only exception alongside with the camouflage Offroader skins that only a few people have.

These (camouflage skins) weren’t actually implemented into the item drop system, and only exist as exported icon images and data in the Econ.

using an items such as paint and paint brushes to craft it, rather than the cosmetic items we’ve had so far

Camouflage patterns are not a thing in Unturned 3, and only exist in cosmetic form. It’d still have to be a cosmetic, a cosmetic that a very strong majority of the community did not and do not want.

Camouflage skins are basically not canonical when regarding Unturned 3. I’d consider that immersion breaking, if that’s your argument for them. It’s the same as calling camouflage-patterned military set mods “vanilla.”