I feel like in Unturned 4, MREs should not be a food but rather a box with food like an idea is an energy drink, a chocolate bar, and a sandwich or just mixes of food rather than 1 edible bag.

This is actually a good idea, but I’d have liked it more if you developed your post a bit further, because I’m pretty sure that your suggestion is basically to make MRE’s work as they do IRL, of which there are plenty of examples like these: 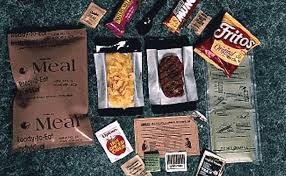 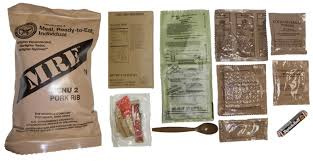 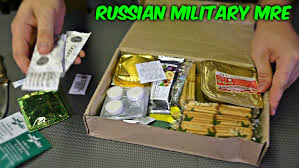 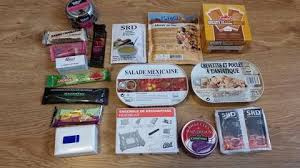 This is kind of what I was going for, but I meant/should’ve added that I pictured it as like a crate, and when you open, you get a couple food items kind of like they do IRL.

Well, a crate would be a full load of food supplies instead… MRE’s, in the other hand, are for a sole use for just one person. However, if you meant that a holstered 2nd storage interface would pop up when you open an MRE, well, that’s planned for many other stuff as well, like medkits and ammo crates. I guess you meant that as your idea, right?

yeah that is what i meant. Also, with the crate thing, I meant that the MRE would function as a crate for food to hold it (a couple pieces of food not a feast).

Imagine an airdrop that’s an MRE crate. Give it 5 minutes and you’ll have a circle of marines trading food items from their MRE’s or competing for the favored MRE meal variety XD

Pretty fun and interesting scenario that I’d like to see in PvE servers, lol.

makes sense, maybe even make it take more time to eat, or make it so you have to do an animation and when its done you recieve a sandwitch, a bag of chips maybe and a drink then you eat those individually so it’ll be maybe four slots but gives you things that take up 6 slots for example.
maybe even be able to pack the food ypu want into an MRE to have a good ammount of food on you but take almost half the space required instead for said food, but yeah anything than just chomping on a bag to get to full hunger & thirst will be good

Basically there’s a chances that you’ll get 3 (or more.) random preserved food items or drinks (but not canned. Because sizes doesn’t computed)

But since it’s a rare food item. I think I already like how it is. Maybe you need to be near fire to eat it perhaps?

Lots of MREs come with something to heat the food, and I have never even heard of an MRE that contains raw food that needs to be cooked.
I don’t feel that MREs should remain as rare items that bring food and water instantly to the maximum. I feel that they should should be containers of preserved food that can be found at military locations fairly regularly, while weapons and ammunition are made somewhat less common than in 3.X.

I wholeheartedly agree with you on this. Its like saying inedible objects now are healthier than normal food in unturned. (IRL tide pods)

Ah. Pardon me. I must’ve confused water-heated packages with campfire for some reason.

Anyhow, I’d like to point out that I also forgot about flatted canned foods (canned beef, canned bacon, etc.) Those I think should be in the MRE.

As much as this has been suggested, I’d like to say that nested storage is coming.

Therefore MREs will likely consist of their individual component foods within a standard MRE container.

MREs… …should be containers of preserved food that can be found at military locations fairly regularly, while weapons and ammunition are made somewhat less common

Agreed, and mags ALOT less common. (magazines are treated like junk when they’re empty, and are way too common compared to boxed ammo.)