My feedback on devlog 42

I can only say that it was incredible, and the animation of the zombie player getting up is very satisfactory, here I will give a fedd back and some suggestions.

FeedBack:
Gloves design.
Well I must say that in particular I preferred the old and more square design, to the detail of having an opening for the thumb, but I understand that it makes sense that the new design is a square that involves the entire wrist, but the new model looks like a sponge , it’s kinda crooked and it looks weird on a standard glove, in particular I preferred the more straight and square style. 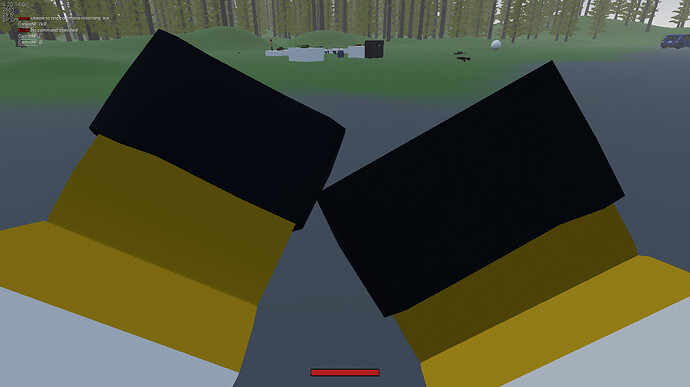 Punch Sound:
It is the classic sound of unturned 3, although I expected a sound similar to the zombie strikes of the horde mode as it looks something more enhanced.

Suggestion:
The player only becomes a zombie on 3 occasions, if he is killed by a zombie, if he dies due to infection or if he has an immunity below 50% (I don’t know if this system will be the same or similar to the unturned 3), I think about the player is killed with a blow to the head there will be no transformation, I propose a limit of one zombie per player, that is, the player can only have one zombie inside the server, he would not change again until his “zombie me” is killed pot itself or by another factor, it would be interesting that this limit be editable in the server settings.

the player can only have one zombie inside the server, he would not change again until his “zombie me” is killed pot itself or by another factor,

I considered this from a game mechanics viewpoint, but with only this limitation then players could manipulate when a shade is/isn’t spawned fairly easily by committing naked suicide in-game. IMO shades probably need to have an expiry time or condition, regardless of any limits imposed on their spawnage.