My ideas of helicopter features (EDITED)

This post was very short but now i added new features but most of the features still there, i put the old ones at the end of the post if you want to see them (actually dont do lol)

Thats all, If i have more ideas i will put them here.

Uuuhhhhh…
Excuse me,but I think you’re confusing Unturned with Battlefield.
This would be nice for a mod for roleplaying n’stuff,but for the vannilla game…

no
Unturned II is going to BE MORE SURVIVAL BASED!!!
Christ I’m sick of repeating that,and I’m sure we all are.

(Sorry for the caps man,but this how things are)

Naw, these ideas are interesting. Even if they are pvp based. Imagine the possibility with flares tho.

You could use your heli’s flares to attract people, or zombies to a certain location, Mountaed guns would be interesting for rp scenarios (Military gunning down hordes of zombies)

though the guided missiles, I dont agree with, even if the flares are there. along with the main guns and such. The side mounted miniguns are enough (if your gonna mount a gun on a helicopter, its gotta be a minigun)

Working doors I agree with.

Only thing for missiles I could think of are hellfire, or napalm missles, that can ONLY be spawned in, for Rp scenarios, since well… this is a zombie survival game, not “blow everything up” game.

I was considering all the ideas in the post being added a little bit too much,but as you said,if we keep the simpler ones (Flares,guns,doors) this idea is not that bad.

But still,imo explosives on helicopters are a too op for base raids and in general.

(NO! we’re not doing the balanced cause its rare thing again.)

If the flares don’t need to start fires or help you escape heat seaking missles, they could be implemented purely as visual effects, similar to sirens on a police car or ambulance.

they could be implemented purely as visual effects

as long as you can’t indefinitely spam them, I’m cool with this

Omg not this again…

Ladders, flares, and opening doors all sound like good and functional ideas. Same goes for side mounted guns, that would be really cool in my eyes

Noobyfish you do realise that ropes arent a “roleplay” feature. Instead they are a feature which allows you to get off the helicopter without landing it. Because in 3.0 you are probably used to jumping out of 1000m from the sky and taking 10% dmg. If there are no helicopter ropes/ladders you would have to constantly land it to get in, and you wouldnt be able to quickly pick up your friends from the ground.

yes, i want the ropes for rp and survival

what explosives in helicopters?

I think we were all under the impression that these would have explosive payloads, though I guess guided missles technically could have inert payloads.

how about we add thermonuclear warheads to Unturned II, just make them really hard to find and only spawn when they’re enabled 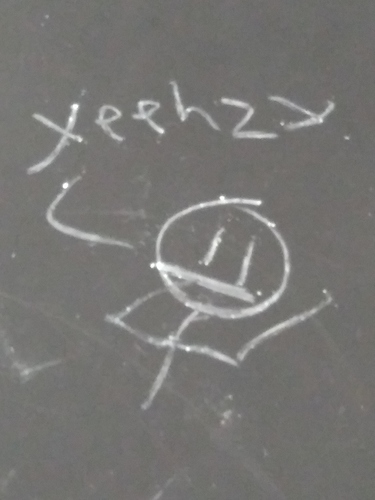 What is that image supposed to say?