My opinion on what we know so far about the storyline

Just a quick note, this post is entirely speculation and I am not saying that I don’t like what is happening.

In my opinion, games like this are meant to have ‘realistic’ storylines e.g. the Fallout series. Alternate realities and teleporting to different dimensions are more suited to fantasy games like Minecraft. Again, this is just my opinion.

I will continue to watch the way that the storyline progress. In the mean time, what are you people’s thoughts on the storyline so far?

My Opinion On Capitalising All Words In A Title

My Opinion On Communisming All Words In A Title

Hello, my name is noobyfish, I will be your tour guide once again! Nice to have yall back in my group. Here we have the daily realism post.

I really dosent understand who said that excusion and the virus are from an alternative realty , and since Untunred II will be a more serious game I dont believe that Nelson would say that maybe is a miss understanding.

wtf?please some one give me that link to the part where its said that. 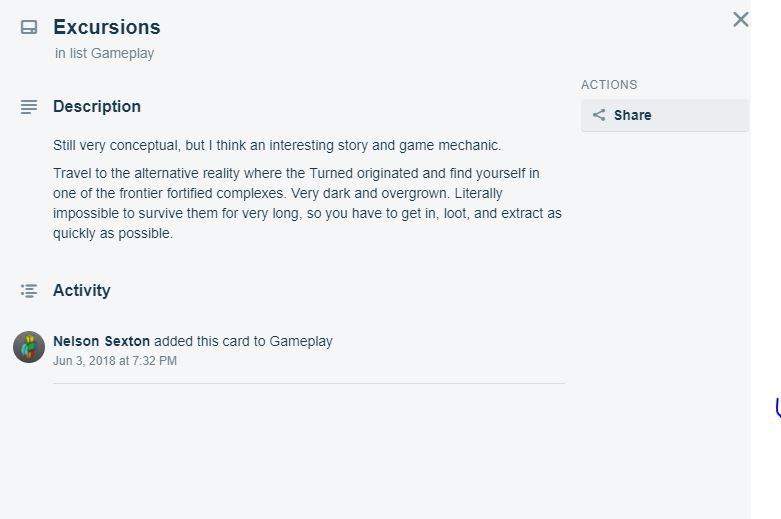 Yeah, he’s just giving his thoughts and opinions on the idea.

Unturned has never had a very serious lore, though serious moments still happen. In 3.0 the lore is basically “a group trying to fend of space pirates accidentally creates a zombie virus”. Honestly I like the 4.0 lore idea because of how different it is from other zombie media.

Ok, first of all…

In which way is it exactly confirmed that the zombies come from an alternate reality? I’ve been, I say, following the II development somewhat carefully, and I am not sure if that was ever stated by Nelson as a fact. If you could provide the source, however, I will admit I am wrong and a big nucklehead (I’m probably already a big knucklehead, but either way)

Second of all, if the story does turn out to be as you described it, I really wouldn’t mind. We already have zombies of extraterrestrial origin that literally explode in flames, spit caustic substances and can become invisible. One thing that always pissed me off about the original game was how Nelson never explored the science fiction and fantasy elements, like the space pirates and the Polysol Federation, even the damn anomaly. It was these elements of the unknown clashing with our world and the reactions of normal people having to adapt to these new threats using whatever ruins of society were left that separated Unturned’s lore from all the zombie plague cliches, and I already feel like Nelson explored these ideas way too little in U3’s story. Besides, it’s not like the game is gonna take place on another planet, and it was never supposed to be realistic anyways.

But nevertheless, that’s my silly rant, and NO, there probably won’t be a greece lore, spared you the replies.

Edit: After closer inspection of the Trello, which I should have probably done before submitting the comment, it seems that indeed Nelson has confirmed the origin of the zombies. My other points still stand, but my bad.

I was waiting for you to show up :3

Well, let’s hope that the rest of the story will be awesome