Inkunzi PAW aka Neopup - 20mm Direct-Fire Grenade Launcher
Cool gun, really interesting design. I assume we’re already getting a standard 40mm grenade launcher, but this would be cool to have too. 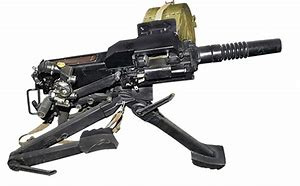 Yes to that as well. Add grenade launchers, but have 20mm, 30mm, and 40mm grenades so it’s harder to get the right grenades. Also, they each have different velocities and trajectories. Also, that one is automatic and tripod or vehicle mounted, whereas the one I linked can be held and is semi-automatic.

Think we could do a topic about grenade launchers for 4.x?
Also a topic for the discussion of explosives overhaul. Grenades in video games are too weak and have really tiny ranges.