This is the Desert Eagle 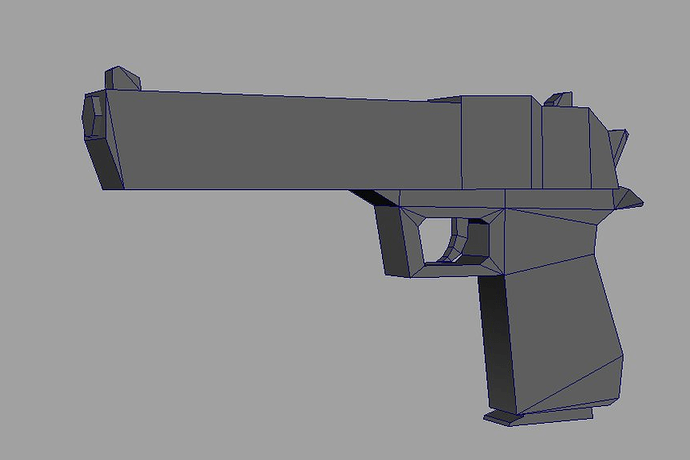 Not created by me

these look like they’re made by a bunch of different people, the styles aren’t very consistent

Nope. These don’t look like anything like Unturned, it looks like you just went on google and searched “low poly (insert gun here)”, and frankly that wasn’t a good idea.

The AK is disgusting. Show some more respect.

Not the best compilation of concept models, but the Uzi and Grizzly examples I feel like give the best idea of what we could potentially want (and not want) in our gun models. Grizzly looks a bit over-the-top though, and Uzi’s proportions aren’t “THICC” enough I don’t think.

Besides all that, this is what the community is looking for-

i don’t really like the unturned 3.0 weapons tbh. they are vary THICC, bland, and very minimalistic. so i remade lots of the weapons from unturned 3.0. to look more smooth realistic ish and have more details. this and the fact that will be able to move many different parts of the weapons. will hopefully make the guns look better for the aye and add more fun and variety to how guns look. not like in unturned 3.0 where all the guns look vary similar. For example. the eaglefire. [Screenshot 2017-…

You literally just searched for low poly guns on google. How about putting some more effort next time you make a post?

This isn’t even a suggestion at all. Just a copy and paste of images from Google.

Please rename the topic to “New Weapon Models” xD
Because suggestions regarding new weapons trigger me. As if Unturned doesn’t have enough guns already. That’s off topic tho

I do like the gun models here. A bit more detailed than 3.0

or “New Weapon Models Concept” because they are not being added to that game.