Not even bill nye could solve this mystery 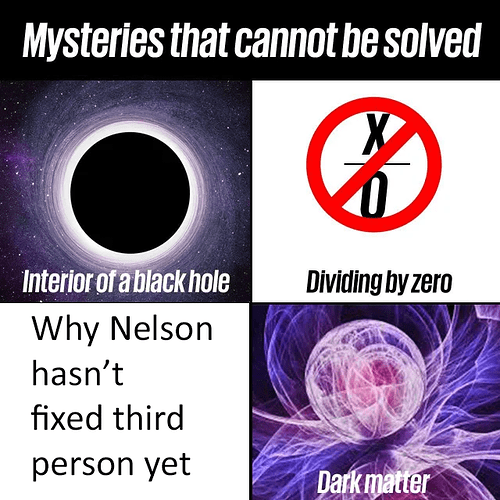 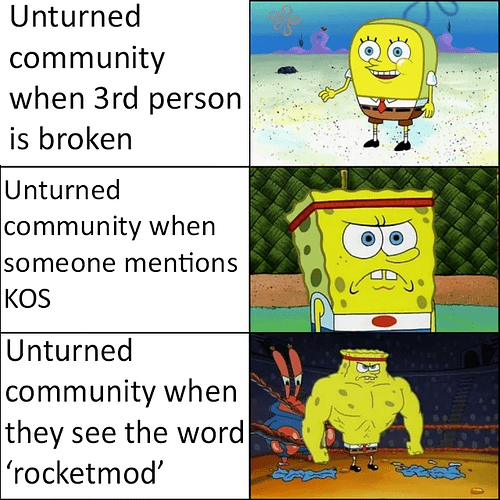 Can you fucking stop

I approve this message.

and dark matter exists
its literally everywhere in space

We know what’s inside a black hole, it’s just everything the black hole has collected smashed into a really small space.

And for dividing by zero

And as for dark matter, once again as pesky said.

and dark matter exists
its literally everywhere in space

And everything else is you just complaining about stuff you know nothing about.

how are you supposed to fix third person? there either is third person or there isn’t, i don’t see how you could fix it

We know what’s inside a black hole,

No, we dont, if we did, physics would literally be over because we would basically know everything with the exception of a few outliers, because if you understand singularities you understand the big bang, which you can then simulate in computers, and if you can predict everything, then all of QM is solved, and if you can’t, then QM is truly random and we live in a probabilistic universe. If you understand the big bang you would also know the reason on why dark energy and dark matter exist, and what their purpose is other than simultaneously saving our asses, and dooming the universe to entropy death.

its literally everywhere in space

It’s only in galaxies.

Thats really just stupid. It really is. Saying something can’t be fixed and it should just be removed is really stupid thinking.

there either is third person or there isn’t, i don’t see how you could fix it

We know what’s inside a black hole,

yeah we do
its literally darkness, darkness,

How do we know this?
Everything cannot escape a blackhole, Like Electromagnetic waves, Light, and Particles
as such, a blackhole is complete dark

what are you talking about? i never said i wanted to remove third person. i honestly just want to know how you want to go about fixing third person. unless it is legitimately not working how it should.
what i want to know is how is it broken outside of just how third person works on a basic level.

i honestly just want to know how you want to go about fixing third person.

you really have to elaborate on what you mean

you really have to elaborate on what you mean

Shoulder Camera is an option in 3
you can turn it off, which turns off the camera going left and right (E and Q)
After this is turned off, your camera is set in the middle of the screen, and cannot be moved with E or Q

that’s actually a pretty good solution, though you can still peak corners i guess it would be a lot harder.
but i have never seen a third person shooter without shoulder cam so i don’t know how it would affect gameplay

Can people stop it with the “OmG 3rD pErsOn Op HaHaAaAa” memes? Like maybe they were trying to address a controversial topic in the beginning, but now they’re just getting old. Pretty shitty post, 1.5/10 because at least the category is right.