Here are some screenshots for a map project I’m working on at the moment, I’m going to post some more stuff gradually as I make more things for the map.

These are from one of two NPC locations I’m currently in the process of making, there will be a military and rebel faction similar to the Greece map. The military faction has its base in a bunker in the side of a hill. 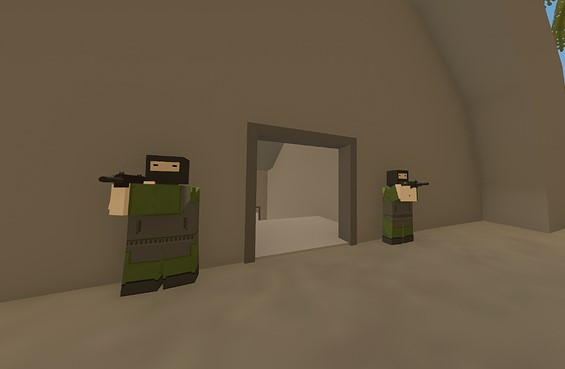 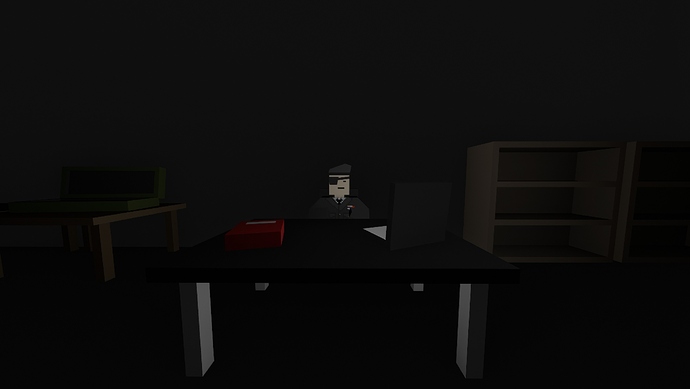 This is the leader of the military faction who grants you special missions and tasks. I plan for quests/missions granted by NPCs to be the way to get the best items in-game, you do one mission and you get a gun, then on the next mission and as you go through missions you get a more upgraded slightly better version of the weapon as you progress through.

There will be two factions who you do missions for to get different kinds of weapons, and when you start off doing work for one faction the other faction won’t let you into their base, so you’ll have to choose from one main gun or the other, picking a faction to side with.

I plan to add some more ways to make NPC interaction a more fundemental part of gameplay, like the only way you can get the best loot is by taking the NPC quests. Or something like that, to make it a bit harder maybe to get the good stuff while keeping it enjoyable and with varied tasks to do, and stuff like that.

Will there be any quests that can be repeated?

Not really, it will just be similar to normal NPC quests, just with gradually better guns/loot as rewards as you go up the ranks.

If there’s an item that can only be obtained through a quest what are you going to do if you lose it? Or are you avoiding that kind of situation.

They’re going to be like unlockable things, so there will be people you can buy them from if you lose it similar to on Russia map.

Seems like a cool idea, but if possible, it would be great if you would add the items to a trader npc instead having a lot of NPCs selling 1-1 items. I don’t like that I have to search the whole Liberator or anything for a single item. IDK if it is possible, I didn’t experiment with it.

My idea is that each faction will have an “armourer” who gives various calibers of ammo, and through each new weapon unlocked you can buy replacements from the armorer similar to the clothes seller on the Liberator, but selling unlocked guns, ammo etc.

this is definitely a Covenant ORS-Class Heavy Cruiser moment