I don’t really know what should be currency, so vote for some of the ideas I had.

Hope you enjoyed! Leave a like and use the poll below.

This post is based off other topics and people’s ideas, along with a few of my own

This also works with my animal posts, and any future long posts I will make in the near future.

This is good and all, but this is relatively intensive on programming and I’m not sure if this is something he could pull off.

Yeah I guess, it would just be fun to have xd

Literally anything can be used as currency, the value is affected by how much the person wants the item you have.

Money is useless because nobody finds value in green paper anymore.

Currency is needed otherwise you cant find a definite value for anything. How many boots do you need for a mattress, how many chairs for a house?

Currency is a lot more useful than you think, and it makes sense towns would set up some type.

Yes, you can trade, but it still gets difficult in the long run. Easier to use something rare (like bullets or food) than trying to get someone to trade some bullets for anything under the price of 50 cans of beans or water bottles. With a system like that in place, you can’t make sure something is overpriced, as you don’t know how much of said object is out there. With currency of some sort, the town can at least keep tabs on making sure some shop owner isn’t ripping someone off.

Also everyone suggesting trading, it’s easier to program currency than making everything be worth a certain amount of a bunch of things. I dunno

Gold has been around for flexing purposes for thousands of years, even when times were really rough people still wanted to have gold. In old dayz gold was the currency, and it worked pretty well. Also it feels cool to win a 30 minute+ firefight with some guys and find a briefcase full of gold bars on them.

Gold just doesn’t make sense in a survival situation; you can’t eat it, you can’t shoot it, and it’s exceptionally heavy.

Gold only has value because people say it has value, and I don’t know about you, but I’ll take ammunition over some bars of metal.

The only exception I can see to this is that gold could be used for crafting something electronic.

Another settlement needs your help.

We are talking about currency here. Of course in any genuine survival situation it would be 100% a barter based economy but also thats boring. Do you really want to be going from npc to npc traiding a pack of cigs you found for a battery for a carton of eggs for a car alternator for a shopping cart for a pistol for a pack of pumpkin seeds?

Also if you want to get into the nitty gritty gold is aesthetically pleasing, so people who are already set in terms of food/water/shelter/weapons will always want the next best thing, aesthetics, hence why gold has been the most sought after resource on earth for the last couple millenia

Why not just trade the pack of cigs into bullets and then trade them into pumpkin seeds? 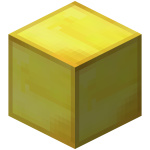 Memes aside, gold has been sought after because it shows wealth, and people love showing that off.

You know what would be aesthetically pleasing and everyone would trade for?

Sadly, you are right, but we don’t want these kind of elements, considering the caliber of the game.

Playboy magazine (back when it actually had nudity) catered to a specific audience.

Well, I guess you wouldn’t buy them if you were gay.

In that case, other essentials that are easily portionable are likely. Cigarettes, toilet paper, soap, ramen, soda, and ammunition come to mind.

A single player can just show up and genocide the townsfolk because they aren’t as good as the player.
If they can actually fight: then the player could use the absurd bullet drop difference in the defender’s guns as opposed to theirs to pick off every single one.
Or if they’re rich enough: the player could bombard a town with explosives from a tank or rocket launcher from a longer distance. Jets and armed helicopters too, of course.

The town is just a bloodbath waiting to happen.