So I’ve been playing some assorted shooters like Borderlands and Metro recently and, at least in the early stages of the former and throughout the latter, I’ve been somewhat frustrated by the limitations behind just two weapon slots.

Now, I understand that come shooters such as Tarkov for example have successfully implemented three weapon slots, but the majority of shooters have stuck with two weapon slots.

Personally I would like to see players only starting off with one weapon slot, but using the new confirmed clothing items like slings and belts could increase the amount of slots for various weapon types. (2 pistol-sized slots, another primary-sized slot, etc)

I find this two/three slot restriction extremely arbitrary and too rigid, knowing UII is getting a relatively unique holstering system based on the modularity of the clothing the player is using.

It’d be much better if we shifted focus from slots to the potential applications of the holstering mechanic (and by extension, other means of carrying weaponry on you such as a sling).

Nice, I didn’t think of that. I’ll add it as an option to the poll.

In the early days, most “Doom-clones” as they were called let you carry one of each weapon as soon as you find them, which worked well with the way progression worked in those games. It wasn’t really until after Combat Evolved that two weapon slots became the industry standard, so it really shouldn’t be a surprise that games like Tarkov and Wildlands can successfully implement three. Personally love to be able to wear a sling or vest clothing item (assuming all the clothing slots we saw in earlier builds of 4.X are reimplemented) to carry several extremely compact, but weak weapons.

One hands slot. And then slings and holsters should have many equips.
I don’t see why you couldn’t even have up too five or more slots for guns with all the holsters and stuff.

Personally by default I think there should just be a slot for a primary gun, secondary gun, and a melee (not a chainsaw as that’s too big.)

I think the amount of weapon slots your character has should depend on the gear you are using, so if you don’t have any gear you can only carry a gun around in your hands and if you have a lot of good equipment you might be able to carry around 3 primary weapons and maybe 2 secondary weapons 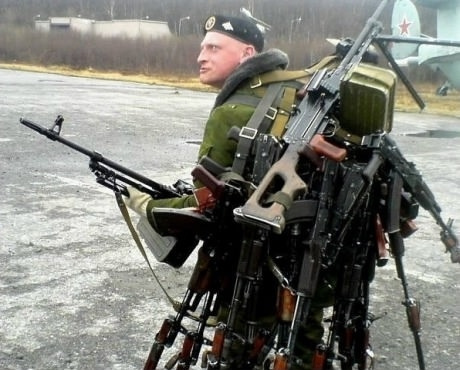 Ngl if they add some kind of juggernaut suit into Unturned II you should be able to carry like 5 weapons.

I completely forgot. You are right.

There should be 1 juggernaut suit similar to that of Rust, but not makeshift, which does everything you said but limits you to just the suit, backpack, and a weapon.

There should be another assisted/mechanical suit which does what I described, but when getting shot at the mechanics can be destroyed/disabled, which makes it very difficult and uncomfortable for the wearer.