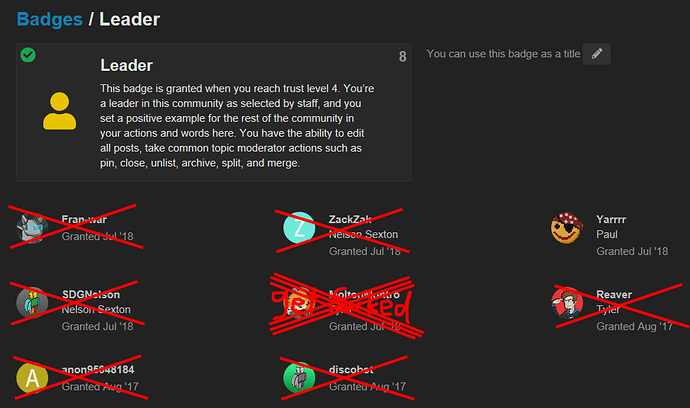 lmao make me one

yes but actually no

If you have these, you have transcended the mortal realm

now this is super epic

however nerd, despite you becoming a leader, i was a regular a year before you. therefore i should rightfully rule pineridge sdg forums

Can i be a leader?

Dad
Why are you and Mom mad at each other

I’m not your Dad.

Ahhh, you must be the mother then

Are you Molton mkII’s dady?

If you have these, you have transcended the mortal realm

Well, this is all I have. Is it enough anyway?

No Molton got fucked

Sorry about the wait, kids.

You guys ever hear of adoption “disruption”? It’s when adoption fails before it’s legalized.

It’s known as adoption “dissolution” when the adoption was finalized but the legal relationship between the parents and the adopted child(ren) is then severed.

Once you actually adopt someone they’re the equivalent of a birth child in that family. That often makes it difficult to give a child up after it’s finalized, because there’s an age limit on when you can put someone up for adoption.

Fortunately, with most agencies the age limit goes up to 4 years old. So goodbye, children.

fuck u ur not leader

edit: ok ur leader so what ur still not black

Us frogs be black we shpuld be ledr
Us frogs laedar
K?