The other day I decided to make a suggestion about water and modular pipes. The post was made pretty quickly and was just an idea slapped together in 15 minutes. I decided to take the time today and form a better post explaining the idea and how it could be used in Unturned II.

Everyone knows that managing water and gas in Unturned 3.0 is challenging, and is not an automated process. Sure you have your water tank and gas tank that can be placed, but this is a very basic system. Its also much easier to grow food that fills your water bar up than storing and drinking water. I believe in Unturned II it would be a nice feature to have pipes that you can connect to different storage tanks and pumps to move liquids around easier.

What kinds of pipes would you be able to craft in Unturned II? 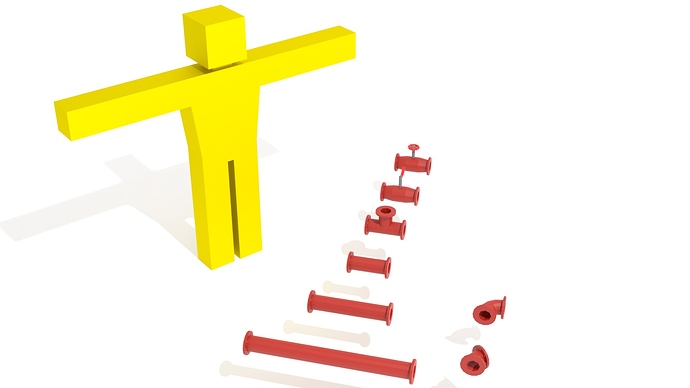 In the image above I attached small pipes that you may find inside of a base. These pipes would be used for connecting to vehicles, small storage tanks, or even small pumps. I created 3 size variants for straight pipes, a tee pipe, 45 degree elbow, 90 degree elbow, and two valves. 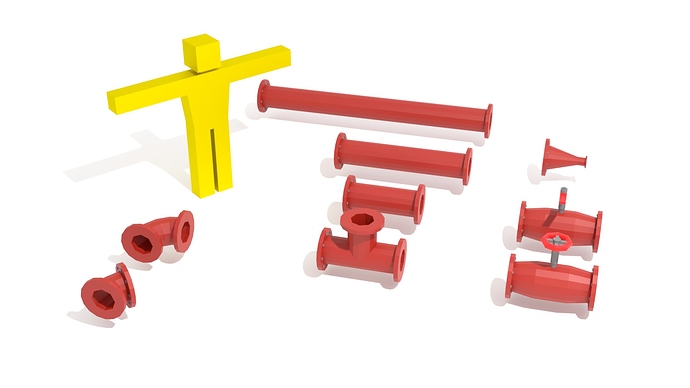 These pipes may be overkill for the game, but I thought I would include the concept anyways. The photo above contains the same types of pipes as the small ones, as well as an adapter for converting from large to small.

Other Ideas and Concepts 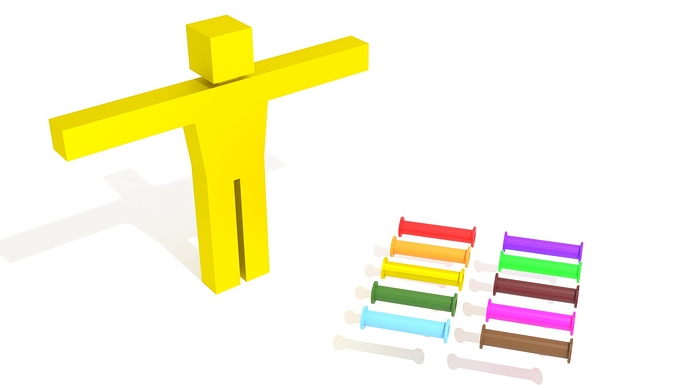 Being able to craft pipes in different colors would allow the player to organize their plumbing better. Obviously the colors you can craft do not need to be as flamboyant as above. 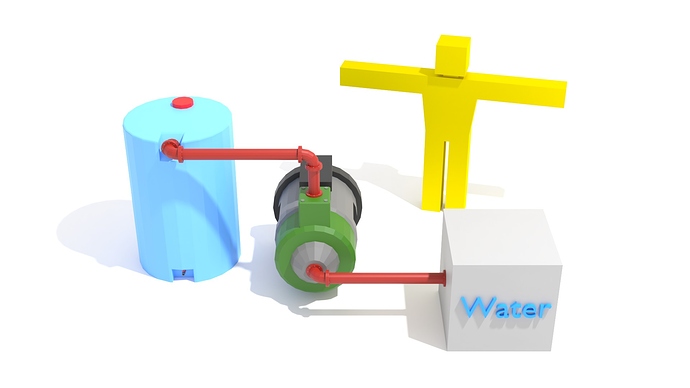 The ability to pump water out of a lake or river would be a nice feature to have. Gathering water for your base could be an automated system once you have gathered the materials to create it. Moving liquids would no longer require a handheld tank. 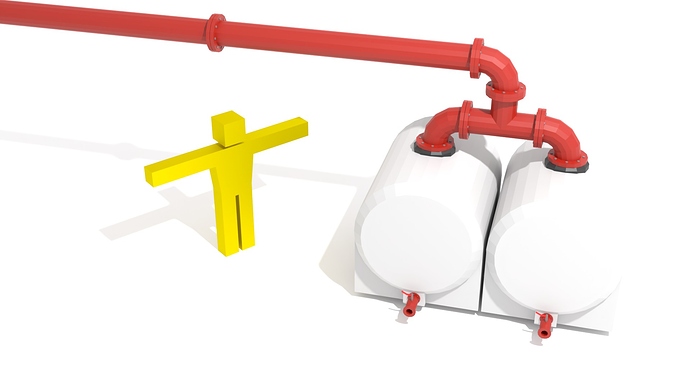 This is just a concept for using large pipes to fill up industrial sized tanks. 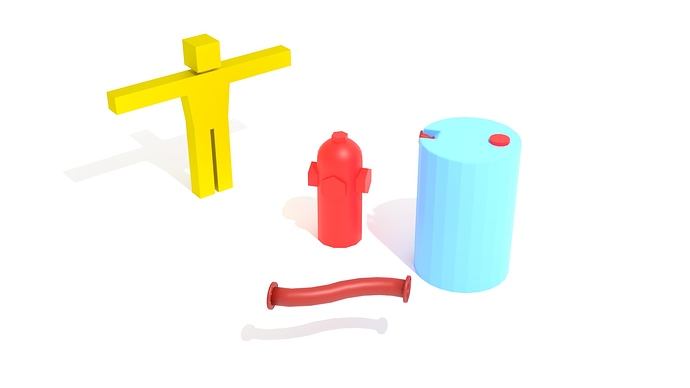 For the last concept I included a fire hydrant and hose. A hose would allow the player to connect two pieces together without having to be the perfect distance apart in order for the pipes to snap into place. It may also be an interesting feature to be able to tap into fire hydrants and fill up fire trucks or even use for a base.

Some other ideas to consider

Let me know any ideas you guys have or other suggestions below. I’m open for discussion. I’ve also considered making a similar concept post for Electricity & Wiring, as well as Machinery. Let me know if that’s something people would be interested in.

Cool shit bro. This should eventually be a feature, but it should remain on the back burner for now.

Its definitely not a priority, but would be a cool feature for base automation.

This or something very similar to this should absolutely be in the game; I fell like the more expanded stuff like this is the better the game will be.

The way you see it right now, with the junctions and stuff, is too complicated for a game that’s not centered around accurate blumbing.
I think that it’ll be better, if you have 2 utility objects, like a water tank and a pump.
You select both of them and then the game automatically makes the 90 degree turns and you can choose the general layout of where the pipe would be. That would require raw metal from your inventory to build the pipes, based on how much plumbing you’re making during the “blueprint” phase.
That eliminated the need to look at how many 90 turns you need, then craft them all and place them and so on. After that, if you want to connect more pipes, you can select a section of the already built plumbing and the game would automatically turn the pipe into a junction and you can start to create the rest of the “blueprint” and then build it after choosing the layout of the pipes.

I don’t think that plumbing is necessary in Unturned II or if it will even prove practical, when you can store full gas cans in chests or water bottles in crates, but if it makes it into the game as a niche feature, i would rather have it simpler than having to craft everything from scratch. If you can already manage liquids by your typical crate storage, making the alternative plumbing cumbersome to do will just render plumbing pointless or it’ll turn people away from it.

Means that… It needs to be more harder to raid… 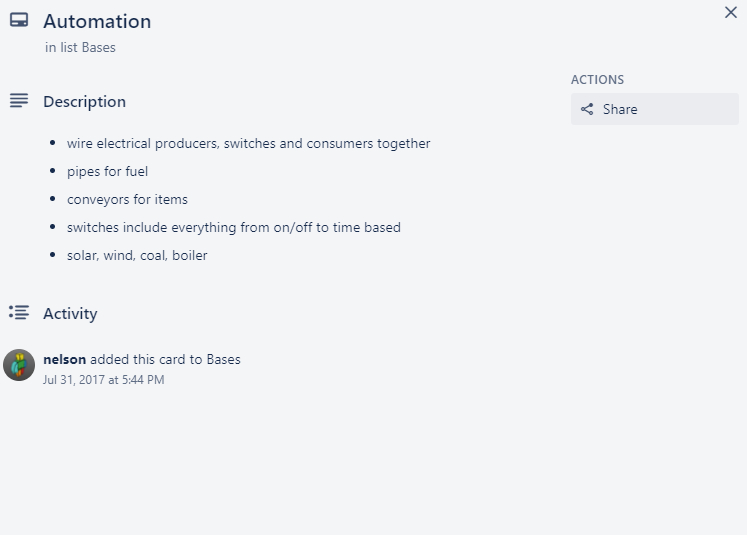 So this is from the old Wishlist and as you can see it was from 2017 so take it with a grain of salt. But at one point Nelson considered this to be a cool addition, to which I agree. I see he has pipes for fuel at the second bullet point, which could also be pipes to transport water. I also remember he said he personally really likes playing Factorio, which has a lot of automation, so it one way or another he could take some inspiration from that. 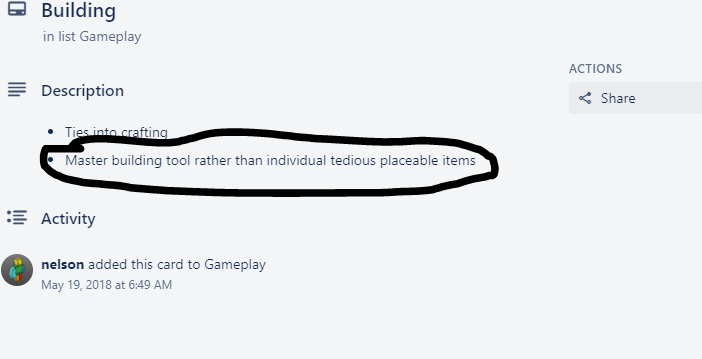 As well I think something like a master building tool could really be good for plumbing like how building will most likely get a building tool. Maybe having a wrench in hand would allow the player to select all the different sizes and angle options of pipes to make it easier on the player and less tedious than a long list in the crafting page and tedious placing. 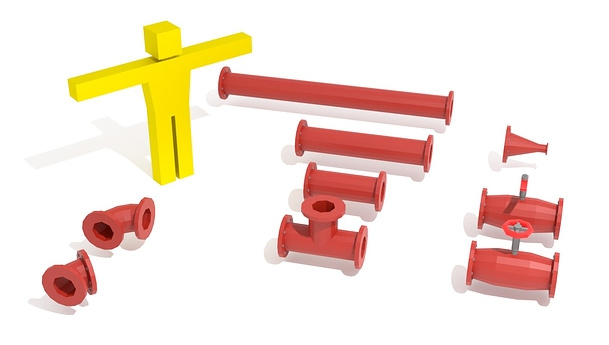 (All of these could be on crafting wheel when holding the pipe wrench.)

I would love to this added to bases. So a player could transfer water or fuel across their base without having to put it all in jugs or gas cans and run it back and forth. Things like this definitely add more content to base building. 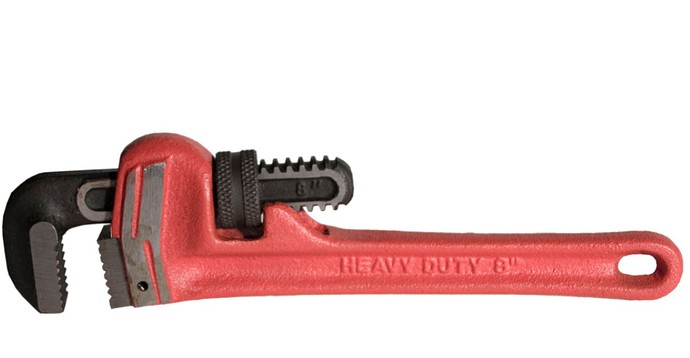 Nelson has been known to be an avid fan of Factorio. I would imagine he has a lot of plans regarding automation, and I would definitely be excited for fluid and irrigation systems as they come into play in the future.

I can’t even imagine Unturned having that many automatics xD … This is why I think Rust is hard, lol…