<Poll> Third Person (DELETE vs. SAVE)

Whatever you vote, it’s your selection and you have the rights to scream out.

I support the First Person to delete the TPV.

Third Person isn’t intrinsically abusive to use, but it can be abused. While it’s good for peeking corners or ledges, it can be a bit unnatural to use if you’re not using it 24/7 and if anything may limit your performance if you’re not used to it. On the other hand, skilled third person players can easily abuse this mechanic to see around corners without peeking or even being detected by the other combatant.

IMHO Unturned 4.0 should either be 1st person only or 1st/3rd toggleable across the board.

One of the things I most hated about third person view in 3.0 is how you can just fortify every part of your vehicle and still be able to see everything while being completely invulnerable.

as a 3D person to activate after 10 seconds after you run
if the third person only activates when you run, you can only see your character.

what do you think?

Then you still run into the guy with maxed stamina and running running into a wall to see around it.

Third person can be balanced. Also, some people find it more enjoyable to play in third person (I’m talking about for seeing their character, not for the corner wall peaks). One way I thought it could be balanced is it could kind of be like a movie where you can only see the pic of you character. I’ll make an image to explain better hold on…
EDIT: here as the 2 ideas I had: 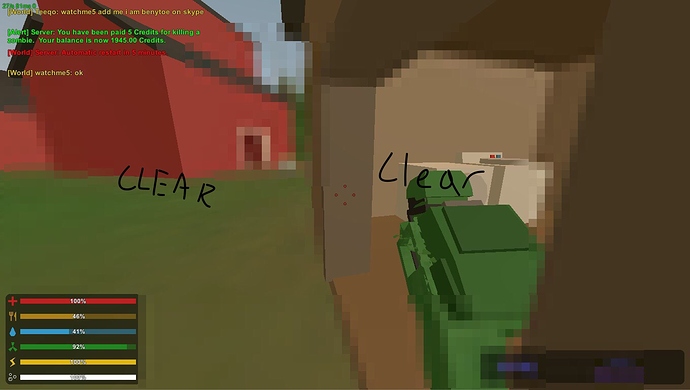 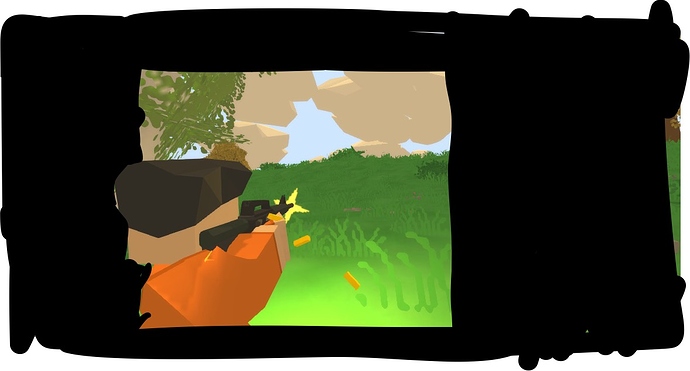 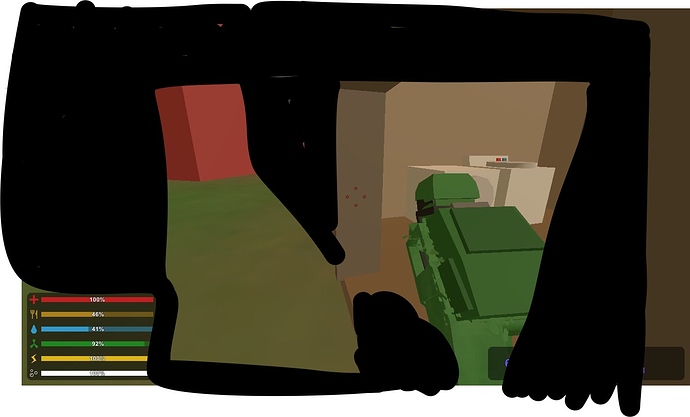 A good example of this in 3.0 is if you go into a cave or the subway, hold out a light and go into freelook mode.

Also these are not my images…I just went to Google.

Its already going to be in the game, and sure its really easy to abuse and enforces a boring playstyle, but if everyone can use it then its sort of okay. I just wish there was some way to stop campers advantage with it isnt getting removed even though i really want it to be completely gone

As much as I love 3rd person…

I got to admit…

I got many cheap kills, intel, and a whole slew of things that I should not have gotton…

Really… It whould be best if it was gone…

(Keep for cars please though… Maybe that can be a poll option?)

(Thoughs upon vehicle 3rd tho?)

It’s a good concept but I feel like Nelson would have to come up with a better system, because imagine just running in third person and random blurs or marks would be appearing all around the screen. I feel like it’ll just look and feel weird.

By removing third person, you’ll force players to be more careful about themselves.

So yes, delet it all

My view of the 4.0 perspectives:

You can see your body when trying to conceal yourself / hide in third person which is kinda of a must have I believe. Seeing the movements like running and going prone is rather enjoyable from third person. Otherwise from a PVP perspective, remove crosshairs / ability to shoot from third maybe?

If you remove cross hairs, but allow people to shoot,they will just put a piece of tape on their screen, so removing the ability to shoot from third person is a pretty good idea

We saw freelooking in the Devlog, so point of aim and the player’s view can move independently. Maybe in third person, the weapon should take some time to actually move to where the player is looking.