Like many of you I was very excited and surprised from the Dying Light and Unturned collab. I mean Unturned is a popular game, but to see it get recognition from such a big title like Dying Light and have skins from Unturned in the game blew my mind. I actually picked it up and really like it, me and my friends have been playing a lot. I now look at possibilities for inspiration from Dying Light to possibly creep into U2. 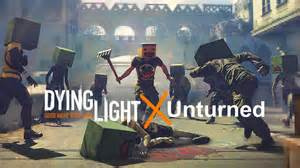 So obviously Dying Light is a lot more fast paced with ton of parkour and acrobats that probably wouldn’t belong in U2, also it has no players trying to kill you ,but has a lot of good mechanics for zombies/creatures/Human enemies, night time, and melee I feel like could be given that “Unturned twist”. I think Dying Light has a lot to offer to city survival. While something like excursion pace will be more like Left For Dead 4. 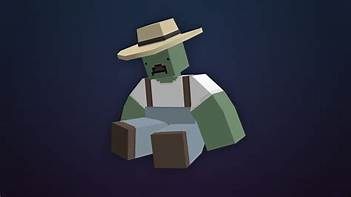 In Dying Light making noise like firing guns or driving vehicles triggers sprinter zombies (that can jump over anything and scale buildings “World War Z type”), kind of cool thinking of making noise or being too loud will awaken a bigger threat. Combine 2 or 3 agile sprinters and a mob of 6 or 7 drones you have a real issue even with guns present. 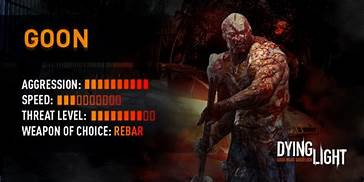 Something I have really enjoyed from playing Dying Light is the large zombies that act like mini bosses (picture above). Large zombies with zone attacks that can be dodged. They swing large hammers and you have to dodge and attack in a dark souls manner. It feels like finding a monster in dungeon giving that “O SHIT WHATS THAT” moment. I think these larger creatures could hold more loot and be really rewarding considering you survived. Giving U2 mobs the ability to be a threat would give looting and overall PvE such life. Its not just players to fear but the 8 foot mega-zombie wielding a street sign. 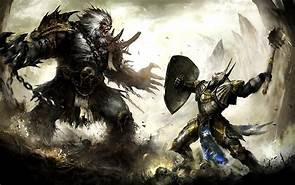 (This is what i felt like fighting a “Goon” for the first time.)

I just recently watched all the interviews Youtuber’s did with Nelson himself and he brought up the idea of AI that act like bosses or mini bosses with zone attacks and predictable move sets to learn and combat. So I am a little hopeful we could see some kind of zone attack strategy fighting become a feature to not just bosses and mini-bosses but also mobs as well.

He really covers zombie evolution from 3.0 in Zoom’s second interview with him https://www.youtube.com/watch?v=dm10RnPfvBc (41:36 timestamp) So fingers crossed

Would Also be cool to see bandit AI not just with guns but maybe some with melee weapons roaming cities and towns. They could have some more advanced swash buckling skills. 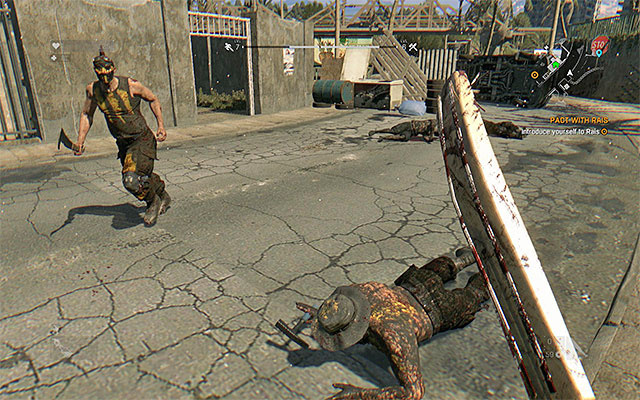 Also P.S- The reason I add creatures into zombie/creature/bandit is because of the recent talk, almost recent public consensus on the idea monsters other than zombies will be the threat that will be haunting U2. Creatures that may have been the cause of the virus, the reason the turned are turned.

Just recently I got DayZ as well. Playing DayZ has me thinking a lot about how night works and how it affects the player. In DayZ night really just gets cold and without proper gear makes you seek warmth and shelter (rain in night is a given seek shelter). I was thinking of night time more as an elements survival situation, which is cool and something I would like to see, but didn’t give much thought to zombie threat. I know Nelson somewhere either in a post or a Trello wish list topic brought up zombies strength and lethality would be greater after sundown. Staying out in city streets after dark in Dying Light is not highly recommended as zombies are tougher and “nightmares” come out, terrifying super mutants. 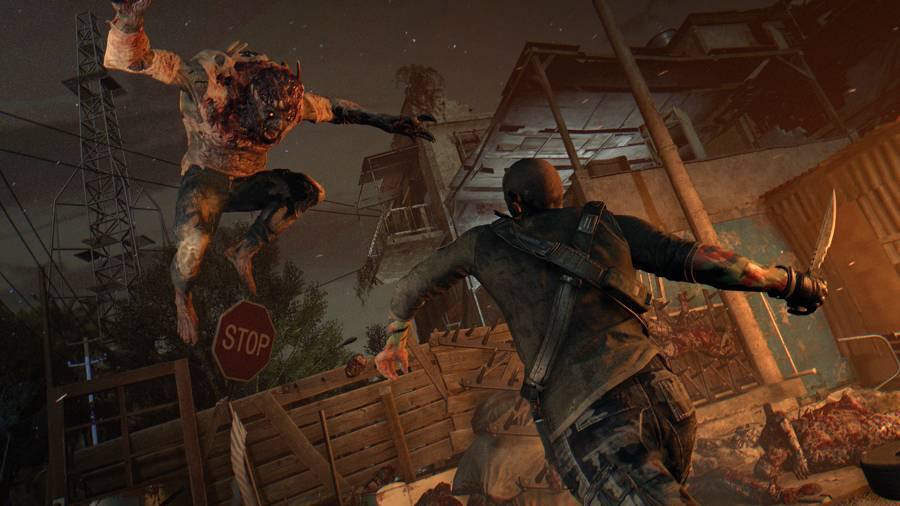 I thought having night be a real threat for zombie hot spots like towns and cities would be an awesome addition to PvE. As night approaches the surrounding ambiance of the city streets become to be filled with the screeches and howls of night horrors and biological mutant fiends. Your base, the country side, or fortified safe rooms in the city would be the best bet. But would be cool to see these enraged mobs drop better loot and have an intensive to gear up and could be used to further your progress, but still be feared as a daunting task. (probably needs more thought for balance changes to avoid easy loot farms and exploits)

P.S- Also one of my favorite side features in Dying Light the howls and screeches sounding through the streets and the alleys as you have alerted runners/berserker’s with loud noises. Really makes you feel like you messed up and they mean business. 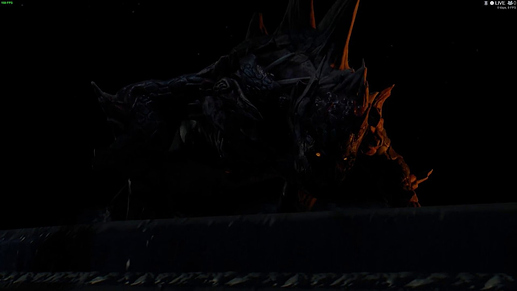 In current 3.0 zombies just march forward awaiting stun lock to its death. In the same interview Nelson was in with Zoom interview https://www.youtube.com/watch?v=dm10RnPfvBc (1:00:30 timestamp) He talks about the evolution of melee combat with left to right swings that have a sweeping attack. I think seeing a stun lock that doesn’t keep zombies in a stationary state awaiting the next hit (ending in another stun standing still stun lock) would be the step in the right direction.

What I mean is in Dying Light zombies will react to each hit, like a heavy swing from the right will send the zombie stumbling to the left. A stun lock that allows for another consecutive attack if no other zombies are supporting there brother, with a mob of zombies it allows to push a zombie back creating space. I don’t know how hard that is to animate in U2 terms, and I don’t expect U2 combat to be as fluid as Dying Light, a triple A title. But seeing a more advanced stun lock system from zombies would be nice. 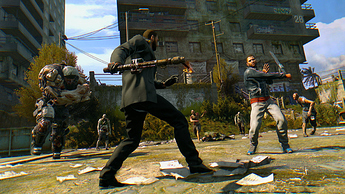 DISCLAIMER NOTE: Nothing here is official, this is just one of my ideas that could help develop UII. Also, this post is long as ever, so please bear with it & have a cup of tea with you. This topic will primarily focus on UII melee weapons. The idea here is that it would be an improvement over U3’s melee mechanics & it would also be more skill-based than what we currently have so that there may be thought of how it could be better. Reminder: I recommend reading from top to bottom, skipping par…

In Dying Light you can clear already placed safe zone’s in the city to seek shelter at night from the horrors. After turning on the power and closing all the doors you have access to that safe-house I think It would be cool to see safe-zones in cities pre-built and available to claim for survivors. These safe-zones would act as barriers for zombies but could be raided by players. Would be nice to have a safe house in the city up in an apartment room with boarded windows. 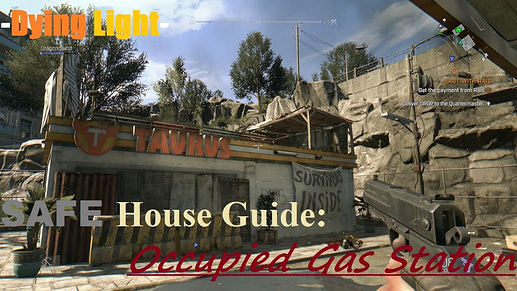 If building was disabled in towns and cities this could also be a fix to players griefing and blocking off key locations for looting. But still allowing for players to have a potential base in the city. Imagine having 3 safe-houses in Seattle on 3.0’s Washington map. 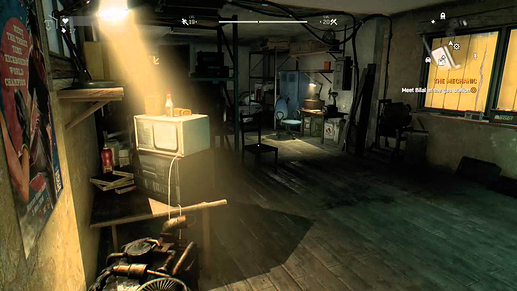 But with this addition comes a lot of questions and balancing like, what doors are provided to fend of raiders, will this be a public safe-zone, what if players run to it right out the gates of a wipe and claim all of them. I think it could be filled with enemies to be cleared and once cleared you could access the code locks and lock the doors. But the comments I think should discuss this more.

Well overall I am just happy we got see a collab between Unturned and big title game like Dying Light. And I would really like to see U2’s AI be a threat that is feared, something to give replay-ability. I mean anything can get old after 2,500 hours of game play but something that never seems to bore me is a “THERE COMING IN THE WINDOWS” moment, absolute terror as enemies are encroaching on you. A well feared and respected AI that makes you think will always make a game more interesting over a tame and mild enemy that is overlooked in the end game. I think we have all become accustom to mobs in open world survivor games as something you just avoid by sprinting by and waiting for them to un-aggro back to the town/city.

It just got me thinking if Nelson reached out to Techland because he takes some inspiration from Dying Light’s zombie/infection genre and likes the game in general, and that’s the reason for the cross-over. Regardless I am just glad for Unturned to get more stage light and that I was introduced to Dying Light through Unturned. Opens for a lot of inspirational concepts.

It’s great to see that many players enjoyed that collaboration between Unturned and Dying Light, both great games.

That’s one of the aspects a lot of players are definitely wanting to see in the game, having a good PvE aspect to counter-balance the PvP one is a must.

You should check out the interviews with Nelson that Zoom did if you haven’t already.Granted they where both about a year ago but a lot of reassuring stuff about PVP and PVE. From those interviews the game really seems to be moving in good direction for the Vanilla Survival experience.

I really like your suggestion, especially at night, I really believe that there must be one or more different types of turneds that roam exclusively at night, these being stronger and scary. The only thing I don’t really agree with is the idea of ​​having safe areas in the unturned.