Many people in different multiplayer open world games have tried to solve player hostility, in Unturned it’s karma, in fallout 76 it’s broken, and I feel like karma was on the right track.

Instead of taking away the player’s abilities, it theoretically gives the challenge of having a target over your head, but as servers continued and players killed one another, having a low karma became common place. (Especially with having few ways to raise your karma.)

To solve karma being permanently bad, along with new ways of raising karma such as killing bandits, your negative karma should go up every day until it reaches zero, where it will stay neutral as long as you don’t kill other players.

But still, having a low Karma isn’t bad in Unturned 3.0, most players see karma as an irrelevant stat. I think that this could change by putting a real target above villainous players. 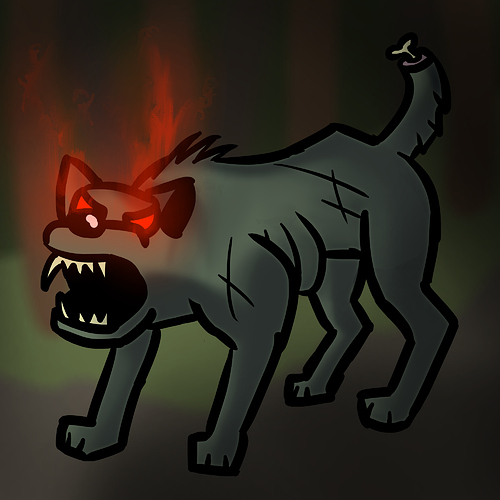 The lower your karma goes, the more likely a hound attack will occur each day, capping at a 88% chance for an attack to occur, but the amount/difficulty of the hounds will become higher the more a player turns to the dark side.

The hell hounds can still be overcome, and this doesn’t mean KOS is impossible. it just means if a player is willing to murder innocent players just for loot, then they need to be ready to take on a pack of hounds.

Hell hounds will flee after their target(s) are killed, and there can be a maximum of one pack of hounds per low karma player. while seeking a player, hell hounds will sidetrack to hunt passive animals, and non-canine predators will be afraid of them. If there are nearby canines or wolves, they will be zombified and become a part of the pack, but infected canines that aren’t hell hounds can be cured.

just a note, hell hounds are not the main point of the suggestion, but rather a threat that low karma players would have to overcome.

I like the idea of having a system that places a target on people’s heads. But the threat to them should come from other players. Maybe low-karma individuals would give a good xp yield when killed? I know the hell hounds are just one example of a thing Nelson could implement, but an environmental factor that singles out certain playstyles just doesn’t sound healthy. Phantoms from minecraft come to mind. They’re pretty cool in concept but it sucks having to play the game differently to avoid them, even if they are only a minor nuisance.

Hell yeah, kind of sick of KOS’ers on every single server that I go on. It’s fun to KOS in RP servers just as RDM and griefing for the lulz, but it’s actually very annoying in survival.

counterpoint, kos is a part of literally all multiplayer survival games of this genre and there’s no reason to ‘‘solve’’ it since it’s not an issue

I see lots of people complaining about it and I thought I could think of a creative mechanic to counteract it without messing around with core PVP mechanics like other games do.

kill them first before they have a chance to KOS you

We used KOS to solve KOS 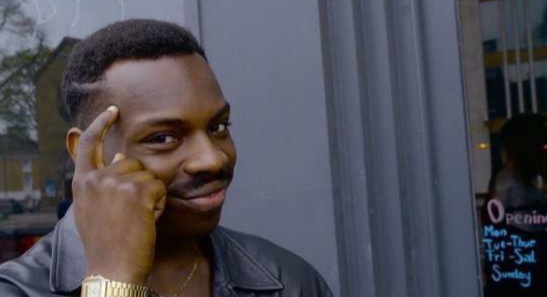 No no no, and no. I think that people like Unturned because you can do what you want. When I play 3.0 I just kill, kill so much I can. And if you add this ability, it will kill game for me and for others vilians. If you want play in some pacific game - play animal crossing

I’d go the route of NPC bounties. You are a dick so normally friendly NPCs are not your friends anymore, ranging from neutral to outright hostile. They may offer bounties for taking you down. If it gets really bad they might straight up send hunting parties.

So basically the same sort of system with NPCs instead of Hellhounds.

No no no, and no. I think that people like Unturned because you can do what you want. When I play 3.0 I just kill, kill so much I can. And if you add this ability, it will kill game for me and for others vilians. If you want play in some pacific game - play animal crossing

3.X was, at it’s core, a survival game. II will be returning to that. Yes, PvP is an important aspect. I think @AtomSplinter has put it really well. PvP is a means to an end (the end being survival) and not the end itself. You can most certainly play however you want, be it PvP or PvE. But the core gameplay should not solely revolve around PvP. That is part of the reason 3.X is what it is right now.

A compromise between the way you want to play and I (and OP) want to play would be to have the proposed anti-KoS feature be adjustable in the server/singeplayer config. Boom, just like that we have solved your entire problem.

My ideas for dealing with KOS was similar to what Deus said. Mowing down anyone you see would destroy relations with NPCs, to the point where you can’t interact with certain groups of them at all without being shot on sight. And if you KOS enough players, you’ll have to fight off NPC bandits and mercenaries trying to avenge the people you killed.

Perhaps another way of doing this is to have nova set “bounties” for players with low enough karma.

Ex. A large supply of food for killing players with extreme negative karma, or even higher rewards.

Perhaps you would also gain positive karma by hunting down said players.

What if players with low enough karma would essentially be seen as “bandits” in NPCs eyes, and attacked by friendly npcs.

However, maybe there could also be a benefit to getting low enough karma. Perhaps you could gain access to certain bandit factions instead offfriendlyfactions, ect. And quests completed for them would lower karma even more? (Say a quest is to go and take down a npc town, or raid a caravan or something)

This could potentially lead to people being able to go an evil route, and side with the “bad guys”.

Just some food for thought.

This is a peculiar and somewhat creative suggestion, but one that I feel ultimately is flawed in execution. Froggo’s counterpoint probably strikes me the most:

I know the hell hounds are just one example of a thing Nelson could implement, but an environmental factor that singles out certain playstyles just doesn’t sound healthy. Phantoms from minecraft come to mind. They’re pretty cool in concept but it sucks having to play the game differently to avoid them, even if they are only a minor nuisance.

In addition to this, I feel like people who KOS a lot are the type of people who get a kick out of constant combat anyways, so if anything the hellhounds would be nothing more than extra target practice - much in the same way some late-game Minecraft players tend to avoid sleeping specifically to farm Phantoms for their membranes (though, then again killing Phantoms are rewarded, which may be antithetical to the purpose of hellhounds or similar entities).

For starters, KOS is a very inherent problem in virtually any open-world multiplayer survival game - it would take engineering every aspect of the entire game specifically to change that, and even then KOS would still very much be a possibility. I agree that KOS is a profound and unpleasant phenomenon, but it’s not as straightforward as “a problem with a solution”.

I generally like the ideas that have been thrown around, in both this thread and in the past, where NPCs will tend to target you for having a very negative karma. However, as tends to be the case, this also provides PvP-hungry players with extra targets to sate their blood appetite, which can be a double-edged sword that fuels the gameplay loop of “shoot everything that moves”.

Then again, you could also say having more PvE targets takes the figurative target off the backs of real players, and you shouldn’t be explicitly punishing players for PvP in a game where PvP is, well, part of it.

However, maybe there could also be a benefit to getting low enough karma.

Which would bring me to presume that combat enthusiasts would already gain additional rewards from killing PvE targets all the time - assuming NPCs drop their equipment and such.

I think that people like Unturned because you can do what you want. When I play 3.0 I just kill, kill so much I can. And if you add this ability, it will kill game for me and for others vilians.

The general consensus I’ve seen from experienced players in the Unturned community is that a good chunk of people primarily PvP solely because the rest of U3’s gameplay is lacking in comparison - zombies stop being a serious threat very quickly, and progression to endgame gear is obscenely fast if you know what locations to hit first. If Unturned II’s survival aspect is more fleshed out (which it most likely will be to a notable extent), a lot more people will probably shift their playstyles away from those that are PvP-centric.

This isn’t a topic that’s very easy to strike a balance with, but a lot of compromises can be made to accomodate every type of player in a way that feels fair - and I haven’t even begun to talk about how immensely serverside configuration options can also help cater to these types of players, which surely will be an invaluable asset.

This is a suggestion that could probably be better executed, but mostly because for the most part countering rampant KOS will fall largely onto the hands of how Nelson designs Unturned II as a whole. I don’t believe in penalizing specific playstyles just because they are disliked, but you can instead bring benefits to other fields of UII to make them more appealing, shifting the focus away from what was once a notoriously PvP-heavy gameplay loop in a way that caters to all players.

holy fuck why didnt i think of this before

I think having positive karma can make NPCs offer special items for free.

Negative Karma can prevent you from trading in Unturned II I hope to have a trading system with npcs similar to that of Day Z, buy items and special machines that could normally be found on the map but with some difficulty, things like crushers, machines to manufacture ammo etc, having a bad reputation would prevent you from buying these items in the npcs safes zones.

The only way to have a positive reputation in unturned 3 is to heal players or kill players who shot you or killed another player,but KOS is part of an online survival game.

Just having something like standalone would fix it, Shoot someone, Ruin their shit, Essentially waste a bullet or however many you used, But if you hold someone up, no bullets wasted, Non of their gear is ruined, Everyone wins, Apart from the poor naked guy in the middle of the woods.
But when I say ruined I mean ruined, Not 0% durability, I mean like, a hole in can of beans ruined, You could still maybe fix things like a gun that you ruined, or a shirt, But not medical or food items etc

its just a thing that exists