Unturned 4 is planned more PVE based than unturned 3 so i have few ideas about how these zones should be made.

This in my opinion about this aspect of game, its incomplete but you should get the point.
Sorry for bad English.

I really don’t think separating the map into “PvE” and “PvP” sections is really effective in making the game more PvE focused. PvP is part of a survival game, there is literally no way around things. Not to mention within this “PvE” zone some large group will move in, make an unraidable base, and effectively gain control over the server. I’d prefer to just keep the current safezone system if anything when going in to Unturned II.

This has been suggested before, and it will likely mess up overall gameplay and allow several exploits. @n3rfcr4zy5 even current safezones are an unbalanced feature, so I guess that there shouldn’t be safezones at all, not how they work currently in 3.0.

Besides all this stuff, I don’t think that Nelson should remove the PvE/PvP world settings, so if you want a server on which you don’t want anyone to kill each other, then it should be still doable. Another problem that surely someone will mention is that raiding is still possible in PvE servers, so maybe we can balance this by making bases “unraidable” by players but for zombies instead (which implies more recurrent zombie hordes toward bases), so there’s still something from which the players must protect their bases.

I could imagine a bunch of hippies just grouping in this PVE zone. And the big boys in the PVP zone with the same tone that of neo-nazi…

I think we should seperated the areas to 2 seperated zone. Instead we should focusing on how to make all of the zones balanced on how hard it is to kill someone. But not so hard that you can’t find anything.

and there will be that smartypanty saying things like “heh, that was already planned.” Like for f sake shut it man.

Games that have tried this usually end up with lots of people camping on the border of the safezone popping in and out, too scared to leave because they will get gunned down, which isnt fun for anyone. Safezone towns with npcs are pretty much confirmed though, and along with an actual trading system so you can look forward to that. Hopefully people wont camp it.

Safezone towns with npcs are pretty much confirmed

May I see an official source on this?

Where else would friendly npcs be? It would be kinda dumb for a friendly npc to walk up to you, you are talking to it and accepting quests and what have you and then a real person walks up to you and pops you in the skull.

Its not confirmed but friendly npcs with daily routines seems like something that should work in conjunction with safezones.

Oh, I completely agree. I simply meant that if we had to have some sort of safezone system, I would prefer the current system over OP’s proposed system.

If this is a tool for sever owners, I’m all for it. But should not be a default thing.

Where else would friendly npcs be? It would be kinda dumb for a friendly npc to walk up to you, you are talking to it and accepting quests and what have you and then a real person walks up to you and pops you in the skull.

Well, I’d like to call those ‘safezones’ because that person dumb enough to shoot you in there gets instantly gunned down by all the other NPC’s, rather than for the fact that you misteriously can’t perform any kind of attacks within that zone (assuming you could help the NPC’s to defend it). Making it like that helps to encourage common sense a bit more IMO, and since many of us want NPC factions with separate reputation progress with each one (when there should be always at least 1 faction with which you lose reputation by KoSing totally unprovoked) then PKers’ just can’t exploit every single zone to stay away from retaliations.

Thats sort of what I meant, more of a effective safe zone not exactly the 3.0 ones. I guess every NPC base would need walls though so no one can snipe from the outside where the npcs cant kill them.

Walls are also meant to help defend from zombies.

Yes but gameplay wise they would need them to stop people from killing people that are inside. Also when you guys are talking about NPCs are you saying AI that are basically just playing the game or scripted npcs similar to 3.0, because on the trello it just says that they will have “routines” and to me that just sounds like walking around in a circut and doing things like eating breakfast or cleaning, not running around inside of their base killing kosers

not running around inside of their base killing kosers

If sentries are a thing, I don’t see how NPC guards couldn’t. Also, have you thought of NPC watchtowers (like the ones in the military bases) with gunner and snipers?

Didnt consider that. Would be cool to see npcs patrolling walls and the like. It would also be neat if there were occasional zombie attacks that they would fight back, and you could help them to get reputation 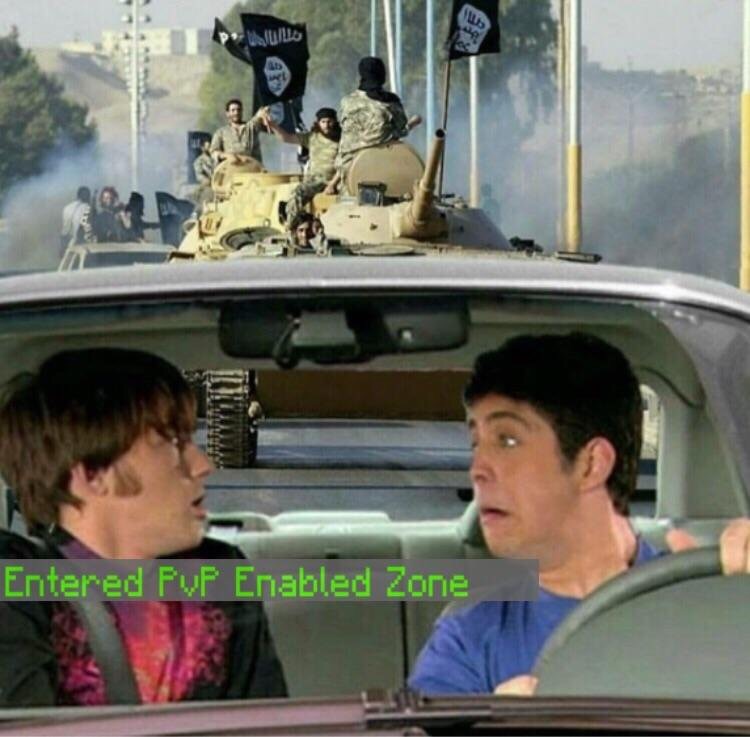