Hello Again Everyone, I’ve been thinking around and watching some videos lately not. I bet you are all wondering why I’m saying this, well, its kinda a long story. After a while of scrolling through YouTube for more games to play, I found a game called “Hot dogs Horseshoes And Hand Grenades” Or H3VR for short and saw that the rail mounting system was extremely versatile. For example, you could slide a laser or a flashlight up and down a rail and put it anywhere you want and still be able to slide on more attachments. Another thing in the game is rail splitters and adapters (3\8 Dovetail and Ruger 10\22 style rails). The splitters would take one rail and split is so then there are two side by side rails. A Rail Extender would just make a rail longer.
Just a Thought

This is already in the game. More attachments to make your guns more adaptable will probably be added in the future 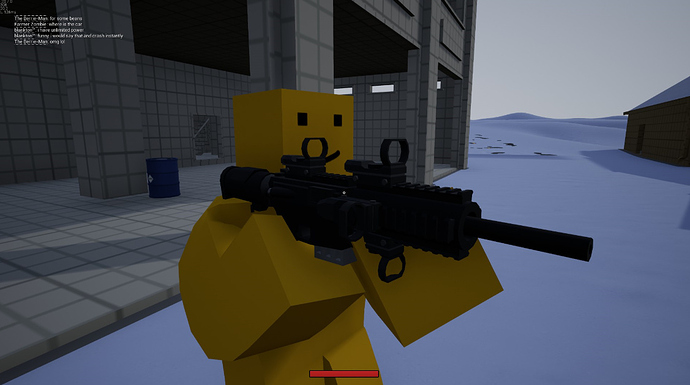 No man should have access to this much power.

Lol i just noticed the one on the bottom