this is my new avatar 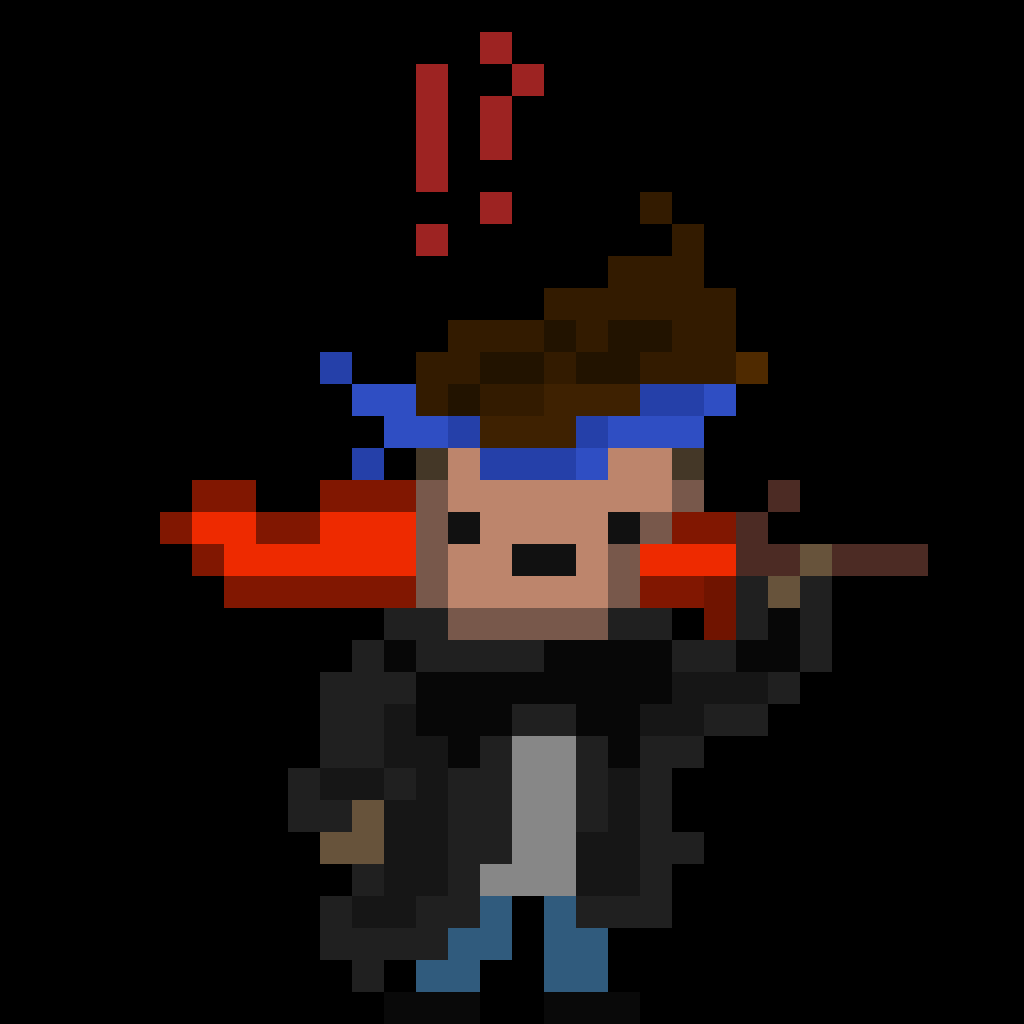 The eye on the right (his left eye) looks as if it’s sticking out of his head. I don’t think it was a good idea to make his forehead wider than the rest. It looks really weird.

other than that tho, it looks gud XD

When I made pixel art, I usually stuck to one pallet, and it’s usually freeform, so I can’t really judge how you made this but it does look decent.

However, @GreatHeroJ Is a much better Pixel Artist than me, so he should have a say in this too.

Well, for starters the resolution you chose is too low to be very detailed, and the move to make the contours very faint to not obstruct color separation to the eye was nice. It’s not bad, but not really outstanding considering you didn’t have much to work with anyways.

Animatic mentioned a palette restriction, but seeing how small the sprite is, I think it’s fine.

One thing I would recommend in future pixel art is shading by hue, not by brightness.

Also: Forgot to mention that since you appear to be new at this I gave it a 7, at least you managed to actually make it look somewhat consistent. Beats this trash I made as a noob:

What I see is “Not Bad” (Deserve 5 Points or Stars, Whatever.) Keep doing good!