In my opinion, this could be slightly better than the Reputation system in 3.x. So give your thoughts on this suggestion as well as add to it if you see the opportunity.

My thought is, what if instead of using numbers for the reputation (like in 3.x), instead use the facial expression of the player model.
To go deeper in depth on this, the problem with using numbers, is that you just know the person by name and who has the good positive reputation, sadly. You can’t know the player’s name until you walk 1 meter up to them and find out yourself. (If they end up having a negative reputation, you can imagine what might happen next…)

How is the facial expression any better? Well, let’s say I have 0 reputation. The players face could be neutral or

(there could be various options to the face such as eyebrows, eyes etc so you can change up the face a bit whilst keeping the same expression). Now I have +15 reputation, my facial expression would change to something such as a slight smile

(as said before, there could be slight adjustments to the face to have a bit of variety to not have everyone look the same). You get the picture, would work the same ways for negative reputation, except it would be the opposite facial expression obviously.

Why is this better? Well if you spot someone looting, and you’re afraid to make communication. You can see by their face what kind of player they are, and make the attempt at teaming up or whatever.

What are you thoughts? See anything wrong with this?

It seems like a good idea, but that limits the amount of customization you have to create you character. Maybe the face would either smile of get angry when you look at a person.

that limits the amount of customization you have to create you character.

Yeah, that’s one of the downsides of this idea, more limited player facial customization.

Maybe the face would either smile of get angry when you look at a person.

The idea of the facial expression changing when looking at the player is good, but perhaps there would have to be some sort of small icon that would pop up. For example, if an angry face would pop up somewhere. That could be an indication of the player having a very negative reputation and the opposite for those with good positive reputation.

The icon popping up would have to depend on the UI style 4.x will have, whether the UI will be pretty much turned off or not (health bars, stamina, etc)

The only way I see reputation working is if all players can pick one of, say, three factions oriented to different play styles, each allied with a certain group. After doing a few tasks for the faction they choose, they are allowed into the group.
Without clear groups and objectives, it’s vey difficult to define what’s good and what’s bad. Truces could be implemented between faction groups, and more powerful factions could be unlocked if the player gets enough reputation with their current faction.

Bandana/balaclava/goggles good idea in theory but not in practice

Just do how New Vegas does it:
Have reputation for each faction, depending on what you do you’ll lose or earn rep with factions.

To have a sadistic smile you need the right eyebrows 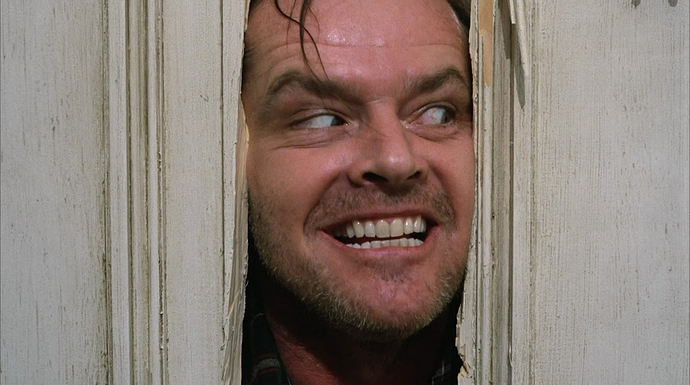 I commented something similar in your own post about reputation system, it was:

How can teaming up on the spot be encouraged?

In the case of reputation system, I think it would be better if there are NPC factions that you may keep a reputation with, to obtain good worth-seeking benefits and safe zones in case of extreme distress, and not just a global set of reputation that either determines if you’re “nice” or “mean”.

So you may lose reputation for one or maybe two of these factions in a single map if you’re a happy trigger and go all around killing everyone just because, causing these factions to deny their benefits to you and even shoot you on sight if you approach to them.

As it seems to be intended, survival in 4.x won’t be as easy, and player capabilities won’t be as OP as these are in 3.x, making any help to survive a good chance to stay alive and an incentive to make your choices considering multiple aspects than just selfish dumb fun (this is not CoD, for f*cks sake).

In 4.x, I see PvP as a more gameplay-wise action when you’ve already settled up with a large group of partners, as you’re almost forced to cooperate with others to survive, and somehow, your group interests clash with another group’s interests, so there’s a true conflict that might draw some lines and settle new ways to do stuff up, caring always on survival and avoiding the infected over anything else. If you decided to kill everyone on sight instead, you might be an easy target for zombies and mostly you’ll get socially banned from everyone else, lol.

Nevertheless, if there are no NPC nor player factions involved, reputation system is almost useless in my opinion (I’ve seen so many dumb PKrs with good reputation).