Well, TF2 and CS:GO are just about to overrun by another round of bad pastes
Complete code base leaked

Thread has been archived.
http://archive.is/XXF1I

Thanks, will add that in.
Also somebody managed to find yet another exploit for full on remote code execution.

The entire source code of the game, all of. Unobfuscated.
Also, here have a look at this lmao 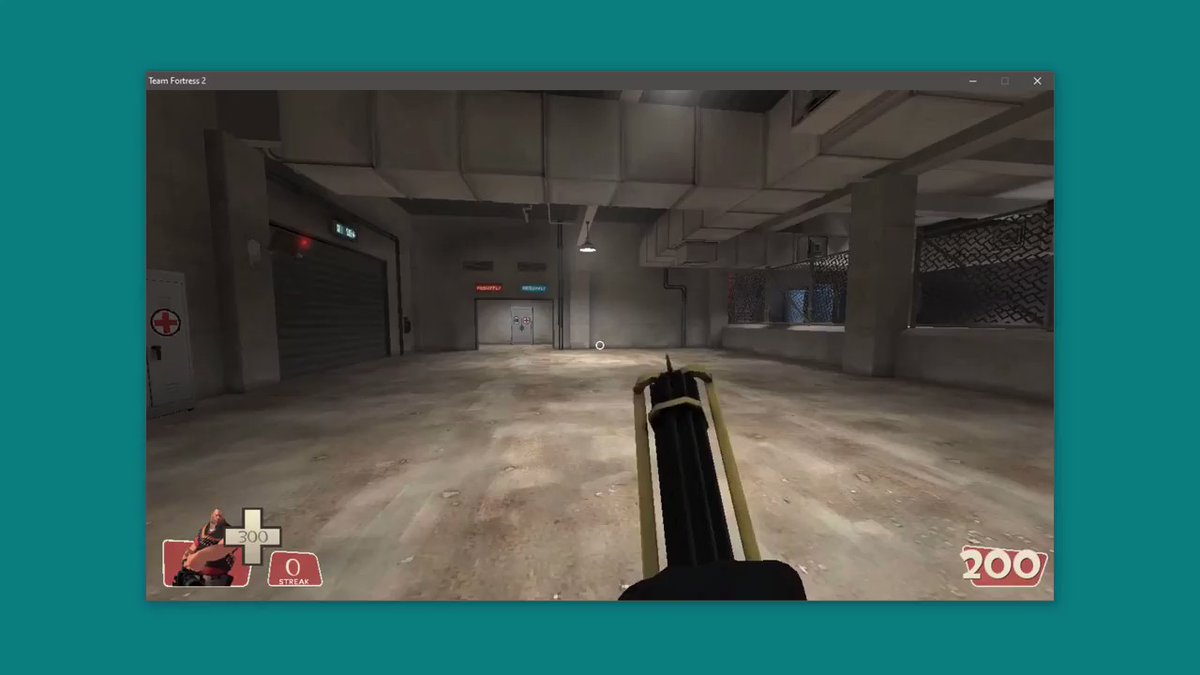 Buy when the catalog is read, sell when it’s white

the CS:GO twitter account says that the code leaked from CS is old and incomplete, and therefore shouldn’t be able to be used maliciously. No confirmation about TF2 though, so I would still recommend staying away from it.

all of this implies having some games source code allows you too launch updates for said game, sounds pretty nuts too me

What are you even on about? 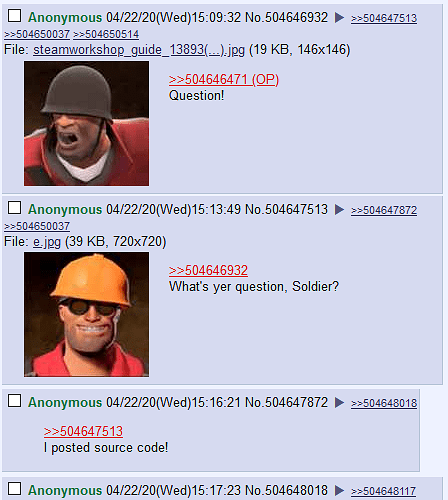 spez: sdg compression sucks so just click on the meme to see the full thing

finally tf2 will be returned to the people

we can establish communism in tf2

please cool it with the soapboxing also, it would be a democracy, not a communism, get your facts straight, yikes almighty

was a joke
yikes almighty

I am expediting this topic’s closure since Valve Software have responded to the issue. Click on one of the tweets to be redirected towards the full chain of official responses. 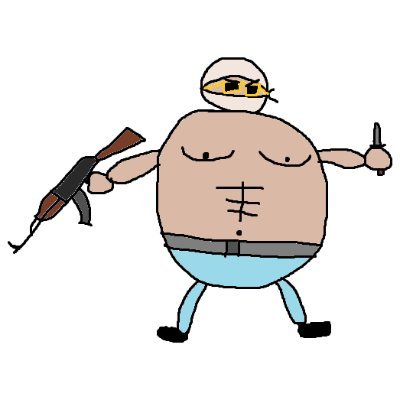 We have reviewed the leaked code and believe it to be a reposting of a limited CS:GO engine code depot released to partners in late 2017, and originally leaked in 2018. From this review, we have not found any reason for players to be alarmed or avoid the current builds. 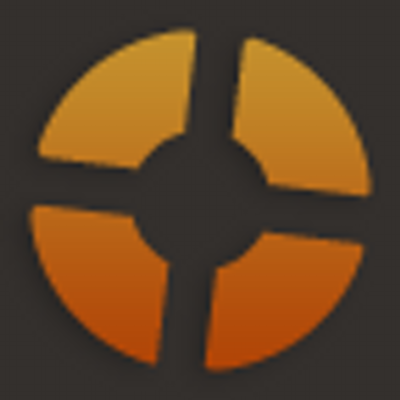 Regarding today's reported leak of code, specifically as it pertains to TF2: This also appears to be related to code depots released to partners in late 2017, and originally leaked in 2018.
2 Likes
Pesticide April 24, 2020, 3:26am #17

how about rip rick may

To clarify on the official SDG comments above…

The leaks consist of content lawfully belonging to Valve Software (which was originally leaked in 2018) and to Lever Softworks (a group that is not officially affiliated with Valve in any capacity, but is an independent group trying to recreate F-STOP – a cancelled Valve game).

The links to some of the places where the leaks are available directly were removed. These links were removed out of respect for the copyright holders. These links also directed to forums that were pushing lies about what caused the leaks, in order to maliciously and falsely attack certain community members in the Valve community.

Please refrain from ever linking to these kinds of leaks directly – out of respect for those who actually own such content.

Is the leak real?or is it just a false info.Might be worth to check the leaked code

Is the leak real?or is it just a false info