what i’d think would b a good idea is to have ppl take screenshots of specific official maps and add them to their loading screens cause rn maps like washington and pei and yukon have only one loading screen (despite there being an option to have many many many many a lot excessive amount) so yeah that’d be Coo. L

Be aware that more loading screens and other fancy things -> bigger game size, and possibly more time to load the game or a map. There are ways to implement more loading screens without affecting the loading time, but I think that currently Unturned II is more important. (IDK about the current state)

I really dont think a few more images added to the map folders will increase loading time that much. Most loading time is caused from the tons of assets maps use, not the loading screen themselves

Some evidence to back Paladin up: 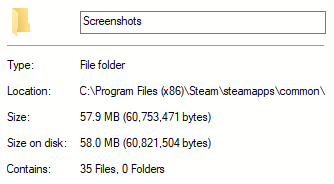 35 screenshots from the base game is only about 60 MB, because they’re all high quality screenshots taken with the Insert key instead of Steam’s compressed screenshots

Compare that to just Russia with almost 600 MB 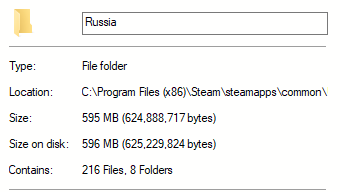 …and that’s not even counting the bundles that were made for it.
Germany’s about 535 MB, and IIRC the large curated maps were around that same size, if not more due to the bundles they included

Doing only maybe 5-10 screenshots per map would be a baby size difference, maybe around 150 MB total added to the game if you use the HQ screenshots - not as bad of a load time killer as some people may think

Yes! This is a great idea