A long time ago i saw this really cool map called “Alcatraz” based on the real life prison, its meant for a prison roleplay
I saw this room in the prison that had security cameras that actually worked
(i tested it using the free-form camera and putting my player infront of one of the cameras)
My question is, how do i put these in my map?
Here’s the link to the map i’m talking about below 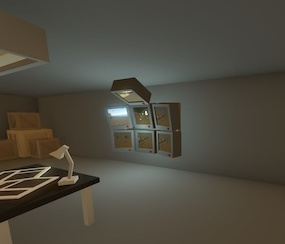 Sadly, you cant. The map is old and hasn’t been updated in a long time, and most likely the security camera mod hasn’t either. Since the mod wasn’t included in the map’s “required items” section, it’s reasonable to assume that it came with the map in a bundles folder (not sure if those had been implemented when the map came out.

He could DOWNLOAD said mod, I mean just saying you can’t because it’s a mod isn’t helpful.

Did i do better?

I’m actually completely unsure of how this actually works, it’s even more impressive of a feat given it is a very old map!

Actually, it might not be that hard, first of all, you would need probably 2 objects per each one. A object that gets the live image, and an object that projects it. Let’s call the object that gets them live image the “camera” and the object the projects it, “the screen” so the camera would most likely be invisible, placed right in front of the vanilla camera object, and the screen would obviously be placed right in front of the computer.
.
Now, with the amount of coding I know, I could be wrong with this, but you would have to set up a script that would get the view from the camera on a certain side of the object, and then make it send it to be the texture on the other object. I bet you on the sides of that screen, there’s smashed duplicated if that image.
.
The hard part would be getting the one object to update the other objects textures. With some looking at the code I might be able to figure it out (okay tbh, I can figure out what most code does it in not lazy, but I can’t write it from scratch)
.
it might not be that hard
That is a lie.

I don’t get it. Downloaded the map but there is nothing like a bundles file or anything at all. Idk if those cameras are still in cus didn’t play it, but from the files it jus looks like a regular thing.

The cameras are not part of that mod (nor or basically any of the other objects). That’s just a map made using various other assets for use exclusively on his own personal server, so there was no blatant reason for him to link required mods. He left the Unturned community a long time ago, so you can’t just look up the server either.

If you want the monitors you’ll have to find the mod they originated from, assuming it still exists.

And if it’s not completely deprecated.

And if it’s not completely deprecated.

It is unfortunally, ultra bright colors and missing buildings. Not even commenting about the absence of those monitors.

If I’m not wrong I think he used render textures, kind of like how Mordecai Sanders did with his limo mod and how I made my GPS mod. They require no scripts and their results can simply be achieved by adding components to some gameobjects.