What if we send a copy of Unturned to space to preserve it in case something bad happens on the earth?What do you think?

bruh, really? of all; the things to send to space, we send a random video game.

What about human life, and all that bs.

As I said before, the discussion me and pesky were talking about was the REAL universe, not unturneds one/

Poland will never into space.

Easy, The aliens will take it as gift, and then one alien will make his own unturned game
He will send it back to earth.

We need a subforum called ‘shitposts,’ and we’ll ban all members who post in it.

What about rank for “Shitposters”?

I think when someone’s forum account is suspended it shows it on their profile, so yeah you basically have one.

Now i know i said back on the “Did you Know” topic that sending unturned to space was not a bad idea, but i was a joking of course. and i did say that the 3 possibilities could happen. But of all the things we could send. Help, Food or Water, or anything else to any other external Lifeforms out in the galaxy, i think unturned is the least of our problem. Plus, it would be a real waste of Material like Rockets, Fuel, Funds, Steel and Metal, wings.

Sending Unturned in space its easier than you think,because we don’t need to send it as a meterial form into space using a rocket.We could just send it as 0 and 1 whit radio waves using a simple transmitter like a small radio antenna.All the earths radio transmitter are already doing that since the first radios(19-20th centuries) at the speed of light .Unturned even at the end of time will still “float” trough the universe and may survive the “recycle of the universe” because is in the form of radio waves. But everything was a joke for a homework at the physics about space that i had for the “World space week”(this week).

But then theirs the real question… Where Does it go after the recycle? and what will unturned do when it hits an object? i know its very tedious question but im curious.

My predictions are that it will just bounce off of it or it will be absorbed. 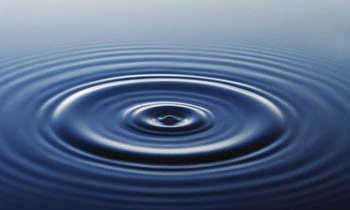 radio waves are like throwing a rock into the water ,in case that they hit an object the may be reflected or absorbed(depends on what they are hitting) but the radio waves will not slow down because the space is vacuum.

Radio waves usually loses their infomation after couples of lightyears.

Unless you’re using one of those big thingy.

Again, this is a one-way signal. Not a good way to preserve it for outselves.

Also the fact that it has to be the right type of machine. You know… computers? With monitors. Mouses. Keyboards and a specific type of PC.

I mean. Something as simple as an arrow would makes “aliens” confuse. And it would be a downer if you’ve wasted billions and billions of alienbucks just to get this spaghetti game working.

Agreed, It would be pretty pointless undoing a bunch of code for millions of years only to be let down by this, 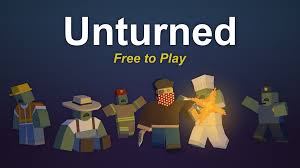 Hmmm,you have a good point there.

and they probably wouldn’t even understand the english

yeah i forgot that .

Actually. Just a “simple” trail and errors would work. Just like how we learned to beat our meat before cooking. So it’s even more tender.

The hardest part is learning binary with a mindset of a horse.

And the whole pc thing.