Should Nelson add the car from Initial D?

Now that vehicle physics actually work, and there is drifting in the game, should Nelson add the Toyota Sprinter AE86 from Initial D, as a kinda rare-ish civilian vehicle spawn? The defining characteristic of the vehicle in-game to make it unique would be above average drifting. 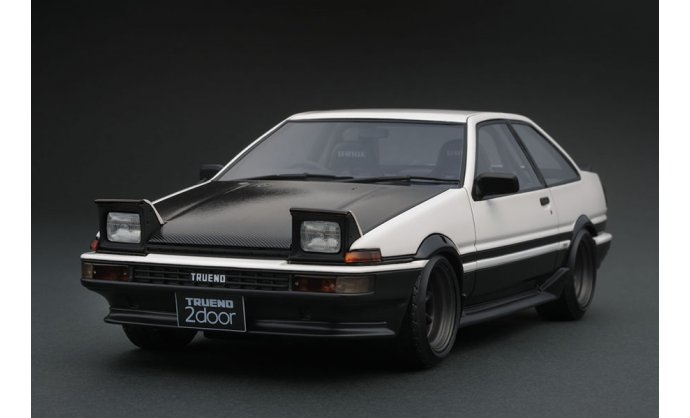 Sure why not. The more vehicle types the better.

Should this be in #memes?

Well, it’s in a weird spot as I genuinely want this car in-game, but it’s a meme at the same time.

As I’ve said in the past, we should really be focusing on more broad and important things suggestion-wise as opposed to “add ___”, but I personally think that this would belong much better in a mod than in the vanilla game.

Plus, you don’t just find AE86s lying around, they’re not exactly what I’d call common by any means, or even rare. If even one of you here can name literally a single person you know IRL that has one, I will take it all back.

I’m sure generic car types are enough for the game.

Despite it being my suggestion, I completely agree with you. I see this as something very trivial, and think that Nelson should focus on important stuff.

Moved it to memes, cuz it probably belongs here more.

This hunk of shit? I’m pretty sure I saw some communists driving this

I don’t care whether or not this eventually gets added, but just because there’s vehicle physics and drifting, doesn’t mean that now is the time for it.

I didn’t imply that it should be added. My limited vocabulary probably caused the misunderstanding, the post was not very well-worded.

You can’t just make a poll about it. Easter eggs with references of other shows and games must come from what Nelson is into and not by demand from the community.

This would be much appreciated as a mod tho, as @GreatHeroJ said.

EDIT: if it makes this any more genuine i’ve finished 4 entire seasons of initial D myself