Should Unturned 4.x have inspiration from Legend of Zelda Breath of the Wild?

I think that Breath of the wild is a revolutionary type of game Nintendo made successfully as an open world RPG. I know that you might be thinking that it’s a completely different game because it follows a story and it’s unrealistic, but there are many more things that BOTW have that Survival games don’t have. I do watch streamers play it btw instead of playing the game.

Some thing that I think Unturned 4.0 should have from BOTW are the way to tame horses, beneficial and craft-able goods from a steaming wok or pot, Throwing back weapons to enemies, boomerangs that requires skill to handle and the ability for you and the opponent to throw a weapon at each other in case the weapon is damaged or it’s a boomerang.

I don’t know if it can work on first person, but I hope it will work fine. This just an idea by the way besides taking inspiration from DayZ-based games. 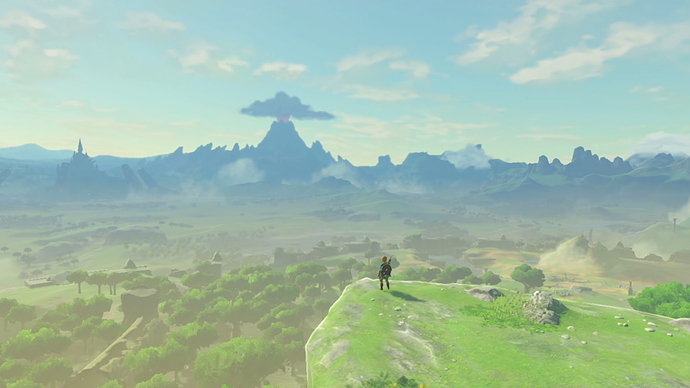 You don’t really… control inspiration, I guess? Nelson does what Nelson does.

Expanded cooking mechanics are a given with the whole survival-centric push, and animal husbandry has been discussed frequently (it also used to be in the 4.0 Trello).

I’m kinda ehh on the whole idea of boomerangs, but throwable weapons is also something we need.

Boomerangs could be interesting, but would be a bitch and a half to balance and implement.

And I agree with Throwable Weapons. Spears and Javelins along with knives and even things like makeshift ninja stars might be pretty neat to use.

Whatever you suggest to take an inspiration from is (most likely) already considered. Advanced crafting (Cooking), expanded animal interaction and throwable weapons (In general).

Not sure about boomerangs. While it is historically lethal with a unique attack pattern and would be easily craftable, it depends if the dev wants to add it.

The problem with almost every game I’ve seen boomerangs in as a weapon is this.

Reality: If you hit your target the weapon does not return to sender.

Games: Magical weapon hits target once going forward, and in some cases a second time on the return trip - always comes back to thrower.

You have brought dishonor upon your bloodline

aww crap. 8am phone typing is my worst enemy!