What? Implying that the game is actually intended for kids? just because a lot of kids play a game doesn’t mean that it is intended for kids. I for one, would rather kids don’t play UII and it has a bit of a darker vibe.

Where does it even say that it is “pg”? Unturned 3.0 is a free indie game, I do not believe it is rated for commercial sale. UII isn’t even released yet.

You literally just stated what the reply before you said, with some baseless opinion that adds nothing onto the discussion. Also, what does “lmao” add onto that? This comes off as very rude and spam-like.

Just because it has a more shitblox-ish aesthetic doesn’t mean it’s targeted for kids.

well it’s technically not, But I remember Nelson saying something about keeping the game kid friendly, as much as he can anyway, I mean you can still slaughter baby dogs in minecraft by dropping lava on them, but it’s got a huge following of kids 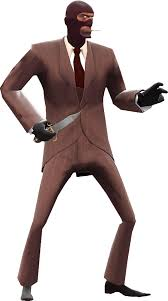