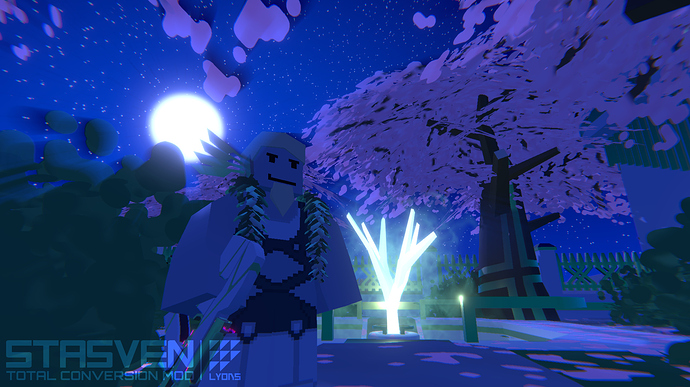 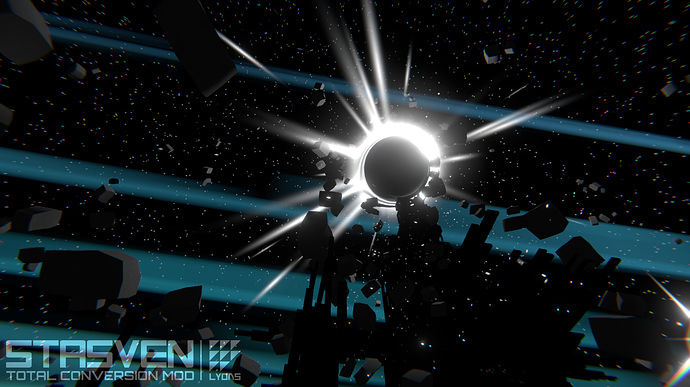 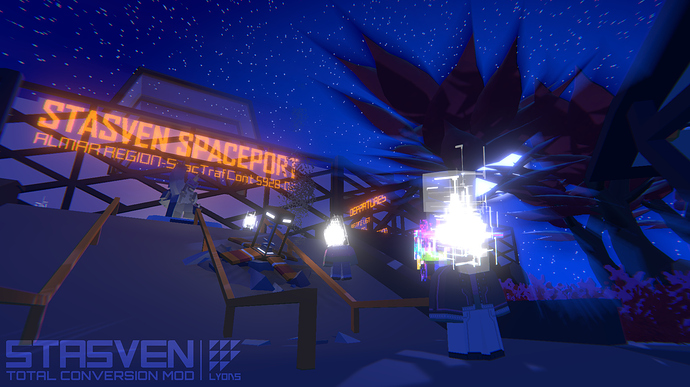 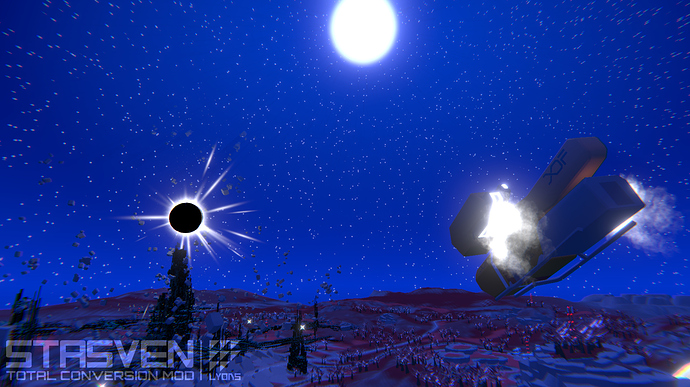 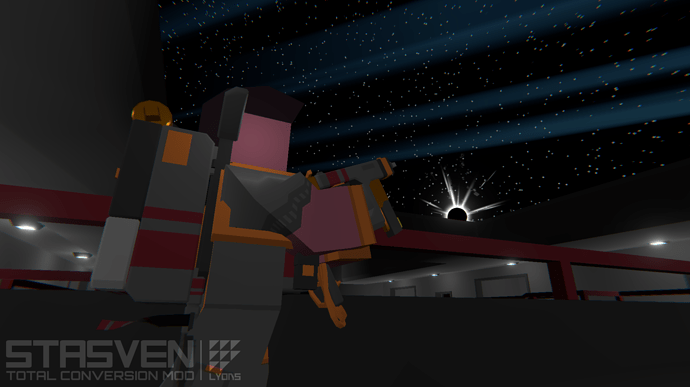 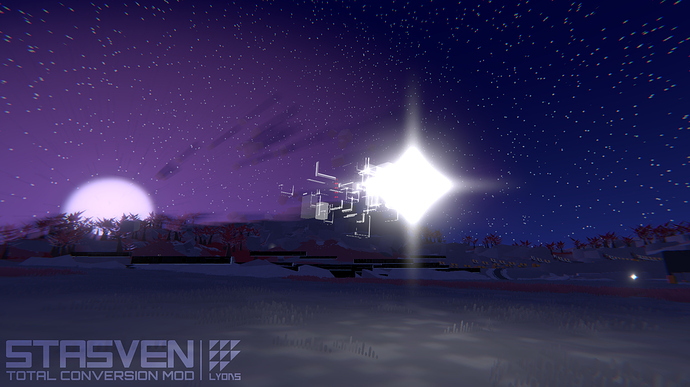 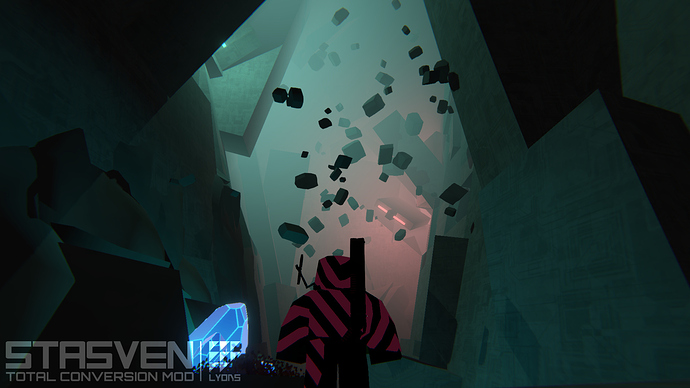 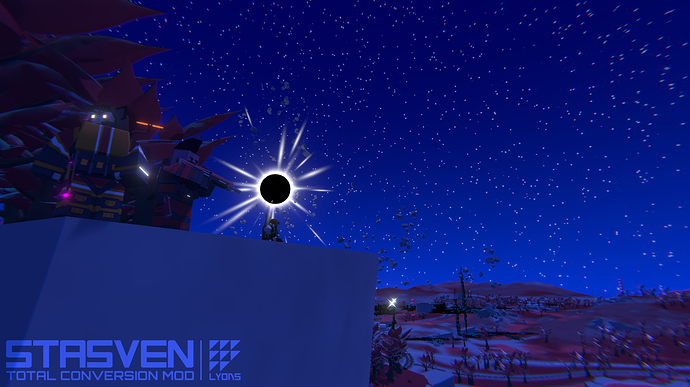 A bit less stuff to show off than usual, largely due to the fact that we’re taking a bit of a break to both deal with IRL stuff and to keep burnout from happening and ruining things.

To make up for said lack of content, we do have some Extra Goodies! that’ll be at least semi-interesting to some of you: 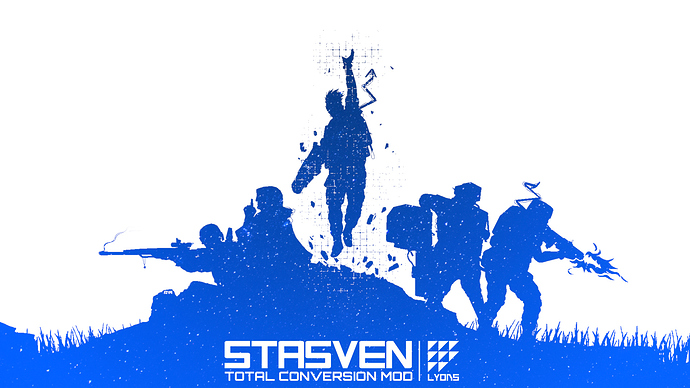 Stasven_BigCoolWallpaper1920×1080 466 KB
The Same Thing But It’s A Poorly Made Dark Theme Version! 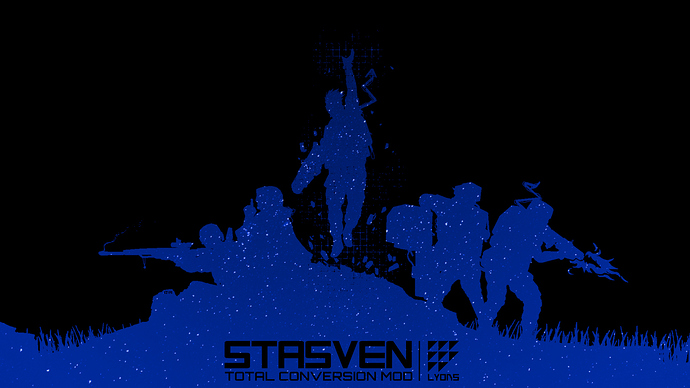 In Which FalkenJr Regrets Listening To The Community! Very Cool!

I have a little side project in the works. I’ll let you guess what it is.

Oh well.
Just don’t complain if this one never leaves the prototype stage. 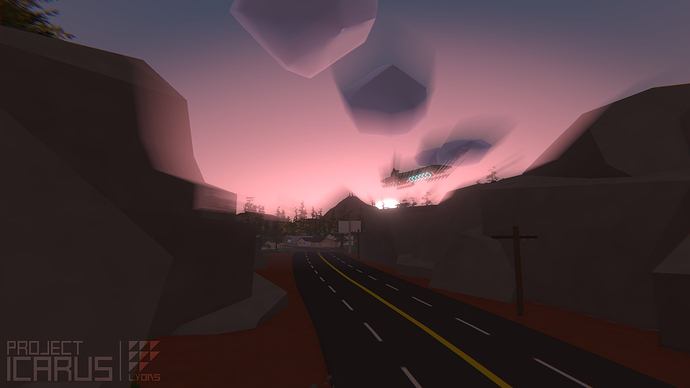 thanks for the reminder that this exists

Every teaser you release is better every time. Can’t wait for this to be finished.

But then again there is a lot of questions surrounding as to why the planet orbits a blackhole and a sun at the same time. this could literally vaporize the map in an instant

It’s nice to hear that this is till being worked on since I don’t hear much about it that often. Loving what the map is shaping into. As well as all those sick items.

eta on how many years are left until its done

another codename, much like how Omega was Stasven’s codename before it got the Stasven name

as for the map itself, you’ll hear more about it at a later date

sadly Stasven doesn’t orbit it, but I did do some proofs of concept of that a while back while working on the effect for it: 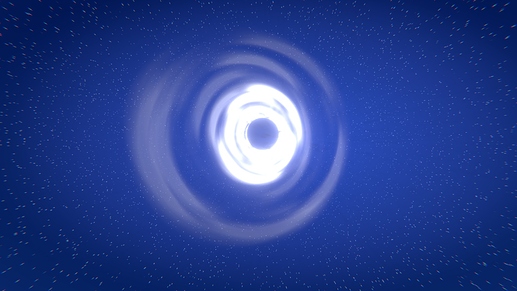 the whole industrial aesthetic is based on the Corpus, specifically Fortuna stuff
it’s so bulky and angular and easy to work with and I love it so much

eta on how many years are left until its done

asking about it adds another year to it

Looking neat and beautiful as usual, keep it up.

that looks so sci-fi

but I’m figuring out a potential alternate use for it

the whole industrial aesthetic is based on the Corpus, specifically Fortuna stuff
it’s so bulky and angular and easy to work with and I love it so much

Does that mean that there are gonna be full on references?

I just really want a Dera in Unturned

would be real difficult to do, but the results would be epic
we do have teleporter related shenanigans planned, so it might be worth taking a look at once we get there

Does that mean that there are gonna be full on [Warframe] references?
I just really want a Dera in Unturned

the industrial melees are mostly directly based on Warframe melees
for example, the industrial pickaxe is basically a bootleg Kreska 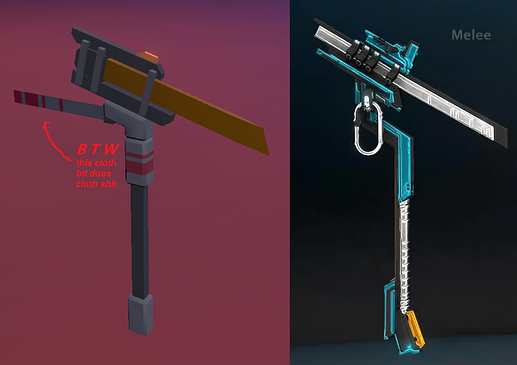 image883×624 92.8 KB
speaking of Warframe references, the whole Oligarch aesthetic (see 1st image in the main post) is a love letter to the Orokin aesthetic

well, as much of a love letter as you can get without having giant flesh towers 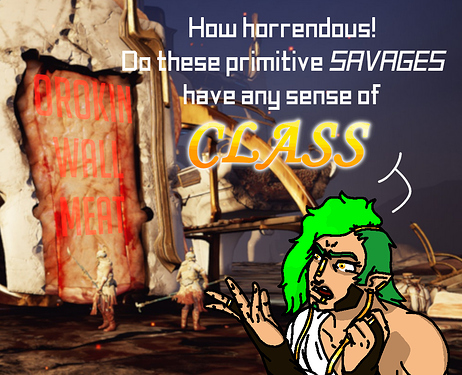