I’m just going to lay out a few of the logs I have an idea for in Unturned II to help assist with the lore. I really would like a bit of a crack at it myself. I mean, why not have the community assist to one degree even though it’s a minor part of the game.

So I decided for the idea of long story notes from individuals like everyday people, soldiers, doctors, researchers, and what not to help out with piecing together the lore for Unturned II. Now, I heard that Nelson’s girlfriend is helping him with the main lore. So, I thought why not add a few pieces to the puzzle that is the lore of Unturned II.

Individual short stories to help piece together the lore of the game, with the foundation of the story itself being pieced together by Nelson. Usually I like it when a community helps create the lore for a world. Kind of like SCP, RPC, and various other creative wikis. It could include journals, diaries, experiment logs, notebook writings, etc. One thing that would be interesting to add eventually to Unturned is books, kind of like in minecraft to some extent. Not just these notes with limited amounts of text

The first story I’m going to be posting is called The Man in the High Tower, the name being one part reference, and one part because he’s in a radio tower.

This story goes through the life of Jonathan Gibben, a Wichita resident who just moved from California to start a new life out in the midwest. Little does he know of the disaster to come.

THE MAN IN THE HIGH TOWER, CHAPTER 1 THE BEGINNING

“Day 1: I’m so glad to have moved to Wichita great place to live, the city’s relaxing and much different in comparison to California. Never thought the Midwestern United States could be so beautiful. I’m living in a decent looking apartment not that far from the city center, pretty nice view of the park.”

“Day 2: There’s been some reports of some break-ins in near by apartment buildings. Hopefully it’s nothing to worry about. Probably just some hooligans spraying graffiti, who knows what trouble kids are getting into now a days.”

“Day 3: A man followed me home, a little concerning considering that it feels like he was stalking me and with the break-ins everyone in not only on edge but also a little scared at this point.” 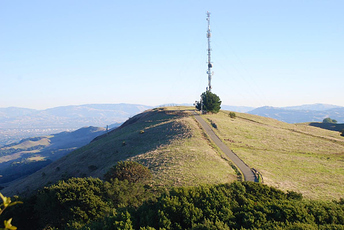 I would prefer seeing Nelson handle that part himself for consistency but also to set a base for it. You could always add/suggest stuff once it’s been finished but having it done by the community doesn’t look as appealing. Making a map on your own and whatever lore you want for it seems more suitable.

Edit: Your second post pretty much sums up what I meant, it is far to specific considering there is little to no information about the lore for the game, you better either make a map or just write a novel.

The Man in the High Tower 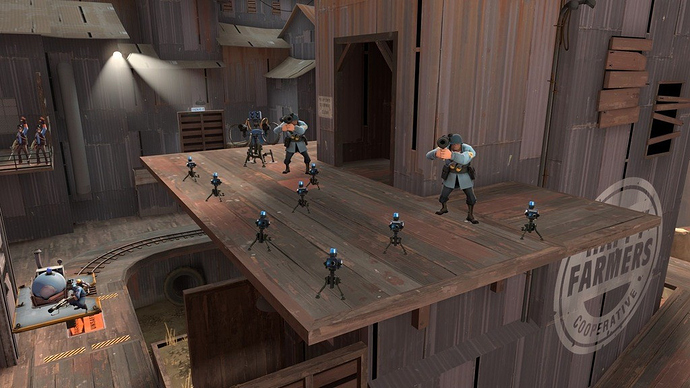 What is the following part? Is it a turned mid stage because usually you completely turn almost instantly.

CHAPTER 2, It all comes down
“Day 4: There’s reports of riots in the city. There’s now a curfew and, everyone’s scared all the sudden. Rumors of cannibalism within the riots, and everyone’s now freaking out. My neighbors are scared and are thinking of leaving.”

“Day 5: It’s gotten pretty bad, the National Guard was called in and now martial law is in effect, at this point, I saw some of them outside my apartment, they aren’t rioters. Turns out the cannibalism part turned out to be true, I’m spooked real bad and I’m going to find a way out of the city.”

“Day 6: I’m going to try and get out of the city at this point, it’s no longer worth it trying to stay. The National Guard and Police Department are getting overwhelmed, looters are now out and roaming the streets because some parts of the city are that overrun. Funny because many of the looters end up dead anyways, ripped apart by those things.”

“One of them finally got into our apartment building last night, killed a few residents, it nearly got me but I got away. I had to get rid of it, so I grabbed a fire extinguisher and smashed it’s head in. I had no other choice, I felt like it was going to kill me. At that point, I determined it was time for me to leave.”

“Day 7: Managed to grab an axe, and some basic survival gear. Wichita is on fire at this point, I’m going to try and leave the city, go west. Hopefully I can get a rifle to defend myself at range.”

“Managed to get a rifle, I’m not really a gun person but I’ve played a few video games. I think it’s an FAL if I’m not mistaken. All I really need now is a vehicle to get the hell out of dodge.”

“Day 10: So I’ve managed to get out of the Wichita, but it’s spread to even the small towns. Had to go from town to town west of Wichita gathering supplies so I can get to a safe place. I hope this ends soon, and that these things whatever they are will die off.”

“Day 15: Found a safe house east of Dodge City, I finally feel safe after ten days but it’s felt like 10 years to me. It feels like it’s finally over. For now I can relax and talk to people. I may actually figure out what the hell is going on as well.”

This sounds like an alternate universe version of Dying Light’s campaign, and I like it.
Nice work.

It’s more of short stories for Unturned II to add to the lore. This is a journal of a guy living in Wichita who ends up living in the Rocky Mountains trying to avoid the zombies.

This dude would need gun training to actually use a gun… You might want to change that because currently it makes no sense (for Day 7).

THE MAN IN THE HIGH TOWER, CHAPTER 1 THE BEGINNING

there was a tall tower

could’ve sworn i saw something atop it

must’ve been the wind

CHAPTER 3, Learning to survive
“Day 16: So I honestly have no idea how to use my rifle, however I found a person who will teach me how to use a firearm. Thankfully he knows how to use guns, in fact a lot of people in Kansas know how to use guns, as it turns out.”

“He took me out about a half hour later to shoot some cans he set up, he told me to use the iron sights and to squeeze the trigger. All the sudden BANG first shot I fired, I missed. I aim again fire, miss. The instructor decides to help me out a bit, with his help I manage to hit the next shot. Up until that point, I had used a bit of the ammunition but I missed every shot. I wasn’t using the rifle correctly as it turned out. After the course is done, I thank the instructor and head back into camp.”

“Day 20: Turns out the safe zone didn’t have enough food for everyone here and is currently running out of food, as it turns out they weren’t expecting people coming from the east and were only expecting locals to seek safety within the SZ.”

“Day 21: A huge horde has been spotted outside of the safezone, and the walls can’t hold. It was decided that everyone should evacuate and split off in different directions. So that’s what I did, I ran off to the west. I wasn’t alone as some wanted to come with me.”

“Day 23: Yesterday, a man was willing to teach us some survival skills. He’s going to teach us how to hunt, how to forage, the usual survivalist things. This is going to be interesting since we’re all going to need these skills now. The people who are with me are Laura, Nick, Peter, Jim, and a few others who I won’t name because I didn’t get the opportunity to get their names yet”

“Day 26: Everything’s been going well so far, we found a cow to shoot and to test our newly applied hunting skills. Even though everything’s gone bad, it’s a good learning opportunity I do have to admit. The others are named Ian, Sergei, and Catherine”

“Day 36: We found a truck and we’ve decided to head to the rocky mountains, good place to fortify against those walkers, that’s what I refer to them as because I haven’t seen any of them run or haven’t seen any fast ones yet. We’re going to pick up what supplies we can in Denver and head up.”

“Day 38: Horrible idea to go into the city, Ian was shot by bandits, and Nick held off a zombie horde for as long as he could but ended up getting himself killed. We didn’t get enough but it’ll have to do for now.”

Dude these are fucking amasing

Or “jurnals of a past struggle’ unturned stories”