I’d appreciate not making jokes/memes like these. If there are Forum users doing this, message @staff or @c-mods. If there aren’t, this just reflects badly on the site, its users, and people off-site who have recieved threats for their opinions on Rocket.

well yes, it’s a thing that happened in the past, that’s why we’re making jokes about it
I could write a fuckin book over negative shit said towards rocketmod and it’s users

I know that it’s happened off-site but, again, if there have been forum users actually doing this, let @staff know. Such threats would be a breach of ToS.

also not sure why, but the link is not properly embedding, can you look into that?

There’s no support Imgur links to embed through Discourse. I don’t believe it’s been deprecated or anything like that – it’s probably just never existed.

Please refrain from editing posts to bypass actions caused by moderators or community flags (e.g., hidden posts). Posts are hidden with the ability to be edited so that they’re changed. If the user doesn’t feel the post should be changed, then don’t change the post. It’s still accessible to other users to view.

You can edit your post after 10 minutes, and it will be automatically unhidden.

Posts are hidden with the ability to be edited so that they’re changed. If the user doesn’t feel the post should be changed, then don’t change the post. It’s still accessible to other users to view.

I think you may have interpreted it as just a temporary lock on a post, which isn’t accurate. Posts can be locked, which is its own thing. If you’re thinking of the hiding effect as just a temporary thing like how topics can be closed temporarily, that’s also incorrect. It requires OP to edit the post for a reason – if it was meant to just be a short closing, it’d be unhidden automatically.

Posts that are hidden are still publicly viewable, it just requires an additional click.

but why not just send every hidden post instantly to mods then, if that’s the case

Posts are hidden by mods, in which case that’s redundant. Posts are also hidden by community flags, which results in mods be notified. 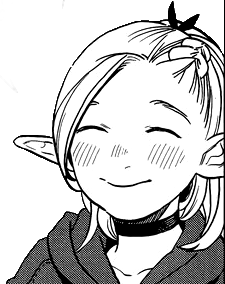 This is pretty epic