Taming animals, like wolves, which would help you in things such as killing zombies, players, looting maybe, would be a cool and new addition to the game.
It would also be cool if you could make armor for your animal/pet so it would be able to take more damage.

Another animal idea would be horses, being able to tame them and ride them like in Minecraft or Rust, would make transportation much easier, without having to look for vehicles, making sure they have fuel, and are not missing tires or not locked by other players.

This sounds cool, but in a real game, this will look awful, because of broken animal balance ( they will be 100% OP) and tonnes of glitches connected with animals and textures.

glitches are not features, they will be fixed, also why would it be op? If something’s too op it usually gets nerfed

Maybe you’re right, but i still can’t imagine having pets in Unturned II.

a horse would be just fine

. But honestly speaking taming horses does sound good, that is if Nelson bothers to add horses lol.

horses have been confirmed iirc. I think dogs as well, maybe.

Yes, I’m waiting to see horses in Unturned II. I think they will not be too OP, after all we will have to provide them with a place to stay, food, drink etc.

They would have low health aswell, unless of course Nelson adds animal armor like I said but I doubt it. 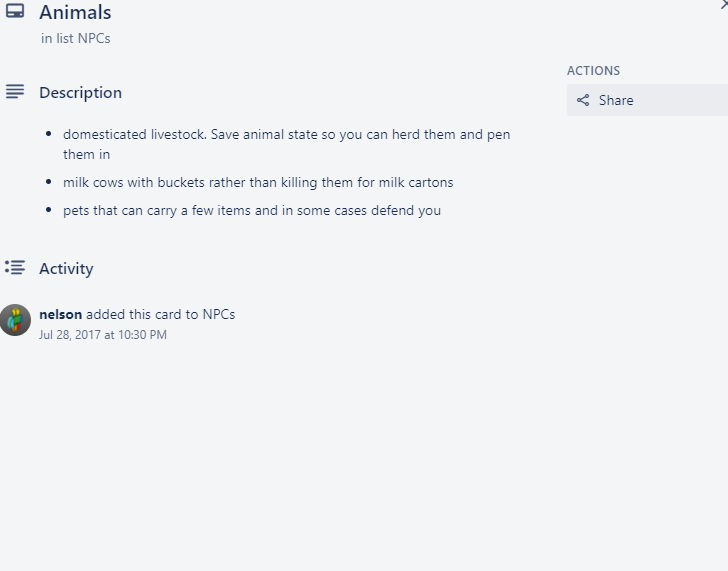 This already on Nelsons radar. I mean this is on the wish list and from 2017 but I think its good to see has a plan for it. I think its safe to say that domesticated animals like horses, dogs, cattle, pigs, and chicken will be in the game for transport, farming, and defense. Would love to see my house have a farm with vegetables and have animals for milk, eggs, and meat.

This sounds cool, but in a real game, this will look awful, because of broken animal balance ( they will be 100% OP) and tonnes of glitches connected with animals and textures.

Also this is just a devil’s advocate point of view. You have already come to the conclusion that this feature is broken without its features being revealed. Like wave mentioned features can be changed to better balance them. People seem to think of game features in an 3.0 state of mind. Yes animals being tamed would be too much to ask for in 3.0 but this is U2, a completely different game.

Would love to see horses and dogs as well. Horses for travel or maybe wagons. Dogs could have little saddle bags for extra storage and could defend you. I think a game having a weight system that could encumber your player, there needs to be something to lighten the load. All players as well will not have access to vehicles. Horses and wagons would be awesome.

A feature to discuss as well is the animals and food. Will they need to eat or will they starve? I think having starving animals would be to annoying unless they food lasted with them A LOT longer than a player. I think rust has a good system for horses and food. If they don’t eat there stamina is lowered and practically useless. A nice feature compared to all your animals starving to death when offline. Rust also has feeding troughs for the animal that keep it ready when at the station 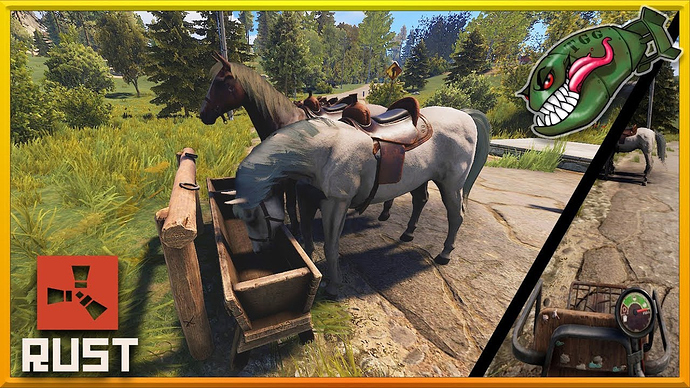 I would think also animals made for food or milk would have growth cycles similar to plants. In U2 it has been teased that if plants are not watered there growth cycle is stunted. I think animals bred for food and milk could have there progress halted until fed as well. 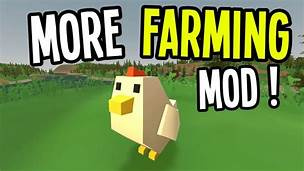 I know this awesome mod has chicken eggs that act like seeds. You can plant the egg like a seed and it creates chickens that grow like plants.

I think a game having a weight system that could encumber your player, there needs to be something to lighten the load.

Horses and dogs would be great for this as you said.

Also as I said I think it would be cool if you could send out your dog to take down a zombie or attack a player or something.

I wonder who would win, the dog and maybe the zombies.
An interesting system would be to send our animal to distract zombies after teaching him that.

Just found this video on a farming mod for 3.0. Would be cool to see a more refined feature in U2.

Imagine your playing peacefully and then you see 100 tamed wolf attack you and your hole squad, damn that you be fun!