Tell your stories that happened within the game

The purpose of the topic is to tell about experiences lived by the players within the game.

Its is my.
title: the motorcycle gang.

This happened about 2 years ago, I was playing on a mapwashington server, me and my group of 4 more people were exploring a small fishing camp, it was very dark at night, we were making a wooden base with a fire in the half way to spend the night, a naked player approached asking to spend the night there with us, suddenly in the distance we saw some lights that were approaching, a group of about 6 players all with motorcycles started to ride in circles around us, I had a double-barreled shotgun I tried to hit one of them but I couldn’t, in the end we were all killed, I never went back to that server.

is this just for unturned stuff or does any game go?

Well the initial idea was to tell only stories about the unturned, but if you want you can tell your story from another game. @turkler

My friend and I were playing on a Canada+ server and had a base built in the north snowy area. We heard a dude placing buildings near our base so my friend found this guy’s 1x1 wooden base with a campfire inside and mercilessly killed him with a fire axe.

i danced naked around a campfire to music in the forest

send me the vid

didnt record, it was 2.0 on a shitty laptop so way before i had access to a reliable software

I reenacted “Operation Ogre” with some friends.

I had a skybase on Hawaii and someone turned a gyrocopter into a stunt plane as they raided our base. That is all.

Actually writing a long story with some artistry, because I’m bored to death and I have no idea what to do, so beware: Probably the longest thing I’ve written in this forum, ever.

"The Assault on the Iron Pillar"

Back in 2016-2017, I was getting into Unturned’s OPKits trend. I was an admin in one of the server chains called TheWildDucks, which was an obviously monetized place of gather for kids to spend money on, but my young self did not care… Despite the players’ heated accusation of admin abuse- who were all wrong or it was simply a misunderstanding on my part, I was still playing like a normal user in the server. Me and 3 friends built a large pillar of metal up into the skies, where we build our unyielding fortress.
Days had passed since the erection of the fortress and many people were slain and plundered and our storages filled to where even the Void could not contain all the spoils.

But see, we weren’t the only group. We were one of 4 groups that had players of 4 or above, and the other groups were not pleased by our malicious endeavors which stem from our Iron Pillar up into the clouds.
One day, these groups decided to take action. They formed a treaty amongst themselves, making a large assault force of 17 people. Even the lone survivors in the Land of The Golf Course and the underwaters of the Puget Sound were tempted at this chance of revenge.

We were welcomed by helicopters, first. Hueys, boarded by 2 people, barraging our base with rockets. There were 3 attempts and we thwarted all 3 of them. We even thought that this was simply a persistent attempt at breaching our walls. That it was not.

While the aerial combatants challenged our fortress, the rest of the players, about 20, were already build grotesque, asymmetrical structures of plates from the nearby hill. We were at the edge of the map, close to the now former military base and they were building from the other side, over it.

We did not care, for we had all the ammo, weapons and resources to fend these revenge-seekers. They continued to build, even made a temporary shelter midway through the large diagonal approach that they had constructed. It was 2 hours of constant firing, all for nothing. We wasted almost no ammo, no resources. But were were only 4 and they were 20. We continued to lay fire from above, killing everyone. But alas, our efforts were futile against the might of sheer numbers. They’d already built up to our base, trying to breach the walls with explosives. It was clear that we could not keep this up.

We chose to fight against their infrastructure. The Iron Pillar of their own. We equipped ourselves with machine guns and rocket launchers, raining destruction onto the metal stairway. At first we had success, destroying the stairway down to their temporary base. But explosives were nearly all wasted in the process. The situation was getting even more grim for us. The temporary base was composed of too many plates for us to reliably take down by sheer Nykorev and Dragonfang fire.

Having come to the conclusion that our Iron Pillar, our Fortress in The Skies is about to be no more, we chose the least honorable option, that we didn’t even think of before. To gather all ammo and medicine, take down our storage and let the ill-gotten gains disintegrate, while we made our last stand.
Our plan had succeeded, but at the cost of everything. They rebuild the stairway and used their numbers to their advantage, pushing onwards in unrelenting waves, until our inventories ran dry.

The Iron Pillar was no more, but after the 1-2 hour fight, there was nothing left for them. Visibly unsatisfied with the fact that their efforts were, in the end, all in vain, they chose to cherish the moment of revenge against the people that had wronged them before and in the last moments of this faint memory, i can still remember their voices- “GG, good raid.”

Except that one salty guy who was calling me an admin abuser and laughing sarcastically and talking about how easy it was for them to raid us, despite it taking almost 2 hours of constant feeding onto that crooked metal stairway thing. Good times.

> drive around shitty rp server
> hear a dozen police car
> finnaly somthing to do
> theyre chasing a yellow schoolbus
> even better
> steal helicopter and die via explosion
> respawn and drive 5000 miles to scene
> run over officer
> funs begun
> try to avoid officer, bus is piece of shit
> get arrested 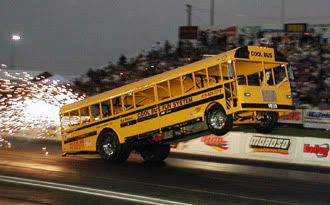