The Future Of Suggestions

Thanks to the miracle of predictive speech, however, I can make a suggestion from just a single sentence! Using this website, I can automatically generate whole pages of suggestions! The following will now be the future of suggestions: one suggestion that is almost fully AI-generated. Only the first sentence will be hand-written.

Personally, I think that clothing mechanics in Unturned II are, at the moment, not handled as realistically as they could be. There are some features in the game which have been implemented in an incredibly rudimentary way: you can move up and down the game board, climb trees, and move through caves, but nothing goes as smoothly as it should. The most glaring example of this is the item system, which seems like it may be a good thing: it means you can put a lot more items on a map, as opposed to one-potting, in order to get the best placement. As things stand, however, I found this mechanic to be too easy to exploit. Most of the time, I was always just trying to get more stuff onto a map, which leads me to believe that, in a way, players were actually putting too much weight on the item mechanic to be rewarding at this point.

One of Unturned II’s most obvious ways to exploit this is the ability to place a bunch of furniture in a row in the middle of the map. This is an extremely cheap tool which can be used to great effect in game, such as building a bridge into an underpass, or even digging a tunnel to one side of a cliff. It’s one thing when you can place a furniture item into a narrow area like a cliff or tree branch on top of another, it’s entirely different when you place a container on top of an individual object, or the space between several objects is narrow.

If you place a container near the center of the room, a part of the space below that container might get a little cramped (this is my default option with all containers, including containers that I can create from scratch).

By default the container will be shown with a text textured effect. If you wish to change this effect with an icon/gradient, add the following to your init.lua file:

When creating two or more “single-row” nodes in a new tab, all rows in the given tab will be added together as follows: [ elements ] . Each row will be added to the given tabs table. The table will then be ordered in the index order to the given contents index. The element that’s being added uses the property names of all associated rows. Each element’s parent has a property called title that can be used to provide more specific information regarding the title of that element. If this property is null, or the element has no parent or a child, all elements will be displayed using their title, even if that parent was omitted. If the element’s parent has a children property such as a class and a title property, all child elements should be displayed.

Title of a button:

Image of a button:
Your value is 0.
When a child element is selected, the value of title must be the first element with a title property, or the parent that has no child content.

The below example uses the link color to emphasize the link. The link should be placed as it is in the HTML text document, as shown below. However, it must be recognized that there is no question in most people’s minds of any such distinction between religious and non-religious beliefs (the words “religion” and “non-religion” are interchangeable here). There is no “good” or “evil” religion, just a variety of different denominations; a few sects might call themselves Christian, Islam, Buddhist, Hindu or whatever; in all these cases they are simply religions based upon a combination of belief in their gods and belief in those who supposedly represent them. And though Christianity may be perceived as “bad” under certain circumstances, it will probably continue to perform well for some time to come, even within those communities that are more religious than others.

As an aside regarding this discussion: if a religious group would like to declare themselves as a secular non-religious organization, as a consequence they must do some additional research such as the American Atheists or the American Humanists. They then need to find the organization’s membership and then make the necessary appointments as leaders.

Now that is how things work in most communities on an organized basis, of course. There is often another religion behind it, though, and this religion itself should not be conflated with a religion of any sort, for it is the other religion in its very very nature: the true creator of such things as God, the God of the Bible, the God of the Koran and of the Sunnah, the God of all religions. In this relation, as in so many others, religion does not need to be an abstract idea without relation to time. It is to be found in the existence of humanity, and in a relationship at least of the nature of human life to life in heaven. This relation is between man and God.

If one examines what is actually going on in the Bible, the relation between man and God is clearly stated, as stated in Deuteronomy 28:27 [KJV]: “You shall not kill: I am the Lord.” Now, to be sure we have to go back and look on Deuteronomy 25:5, where we find the same statement, “If you see murder, take thou and charge it to the elders of your town, and they shall have it, and they shall tell you the reason thereof: for thou, and thy whole household, and thy whole flock, shall surely perish with him that smote thee; with whosoever shall steal thou shalt surely put to death.” What we are concerned with here - and why there could be a real need for some discussion - is the fact that the European Court of Justice has already given us permission to set up our own domestic judicial system, with judges serving three and a half years for the offences of incitement to commit murder, incitement to murder involving death or serious injury and of aiding an armed terrorist organisation. In France this will be extended to an additional three and a half years if it is passed into law. In Belgium that will be the same time, as will the same for Spain.

We would like to know how you view the recent events in Catalonia. What actions do you think will have to be taken to put an end to those events? Can you please comment on your government’s view on the situation in Catalonia?

I bet the bot cant say clap slap snap crak all at once.

The damned robots are stealing our jobs! 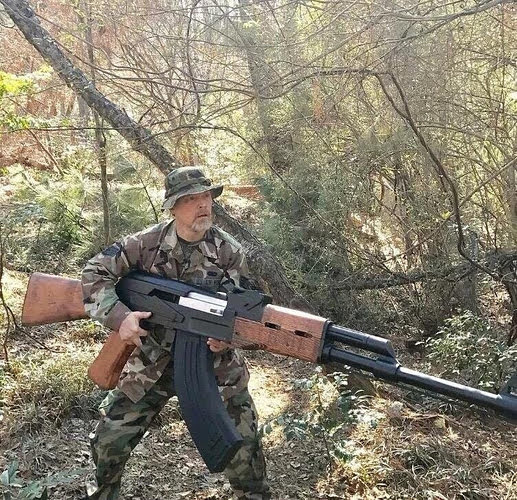 This seems like a good suggestion system. Perhaps if some of the community wanted to contribute things, then by doing so some would be allowed as well?

I am easily entertained.

Niether do I. I hate robots.

Oh, and btw, you can get it to write fan fiction. If you put in something like Sonic bent over and kissed Amy it will write a piece of Fanfiction that looks like a Human wrote it.