I threw together a concept of train cars/train tracks for Unturned II. I don’t believe railroad tracks in U4 should be like roads with how they are now in U3. Tracks could be splines in Unreal and be laid down like roads as well. 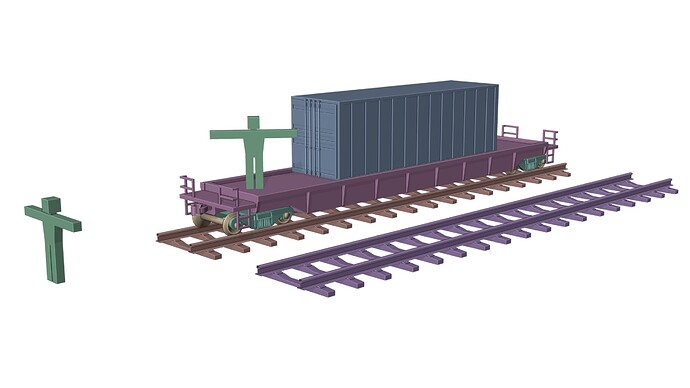 The train tracks are similar to a standard gauge railroad with the distance between the peaks of the rail being 1.35 meters apart. 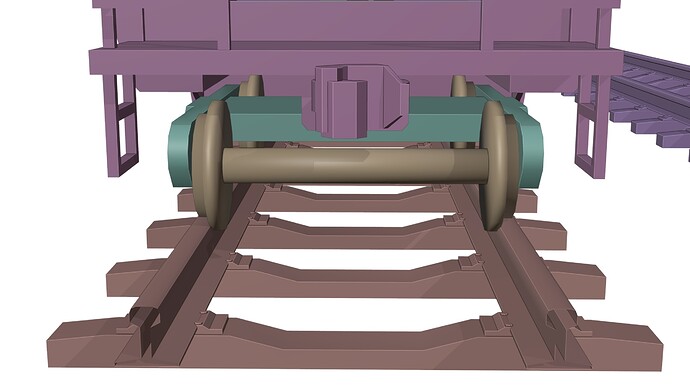 I separated the flat car into 3 different pieces, the wheels, the bolster/wheel holder, and the flat car itself. There is also a coupler on the front and back of the flat car. I feel it would be nice to have the ability to couple and decouple a rail car from the train instead of hauling around the cars like in U3. 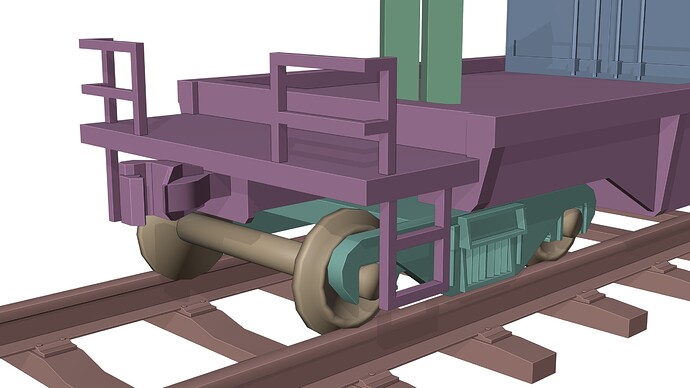 Flat car is about 14m long, maybe a little to big but idk. I added a shipping container (6m, about 20ft) to show what cargo could be held on the flat car. U4 v.2 player model for scale. 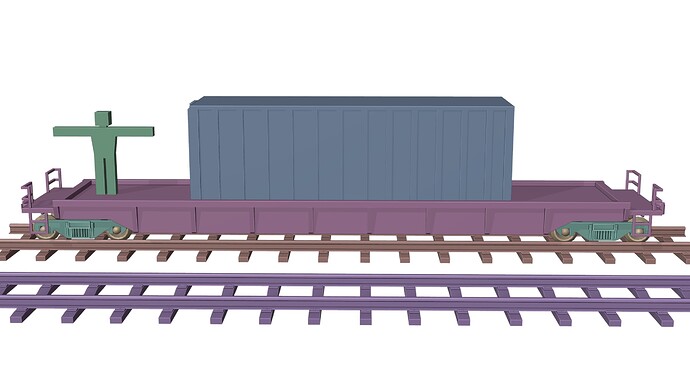 I’d be interested in some freight locomotive models and switches for the tracks to go along with this.

I could probably work on that one next. I started with this because it would be good for another concept scene I was working on.

I’ve been wanting to turn the CQC map building into an industrial area of some sort. Need to figure out when I will actually finish my last set of vehicles but trains would also go well with the idea there.

I could help you make that happen with some assets i’m working on. I can start making some trains and switches as well. 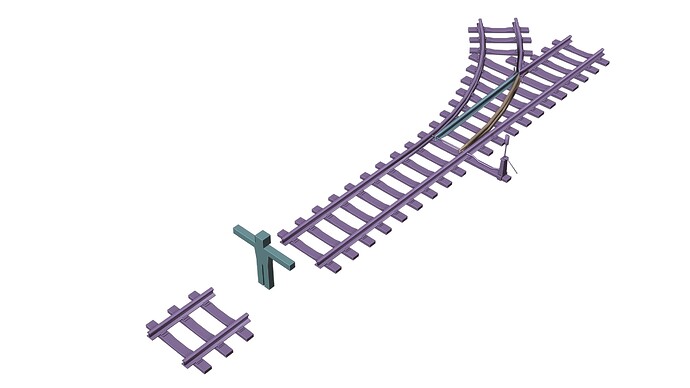 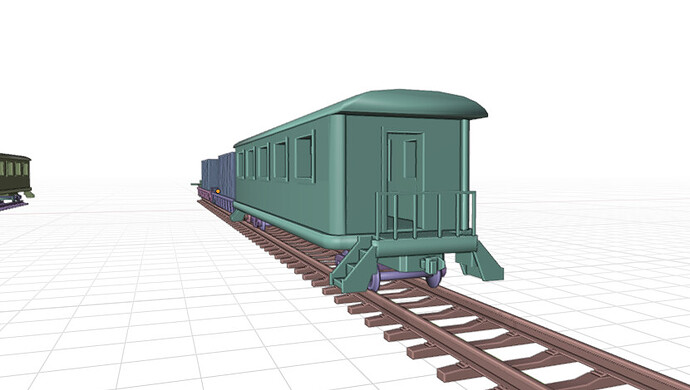 image830×470 58 KB
I started working on other cars and a freight engine, but I kinda realized that the train tracks really need to be more like 1.5m - 1.75m Gauge to make any car with a passenger look normal. Otherwise you end up with this top heavy look, and absolutely no seating room inside a car. The door is a little more than half sized and seating on both side of the door has a clearance of like 0.875m.

TL;DR railroad tracks need to be wider in order for it to look decent in Unturned 2.

I think doors have an absolute minimum size of 0.7x1.8.

Maybe take into consideration vehicle width as well, although we don’t really have any examples of what the largest official vehicle would be. I think I measured the UII sandbox lanes to be 3 m wide at one point, it may be closer to 4. Including the mirrors, the overall dimensions of the hatchback are 3.43x6.1x2.12. 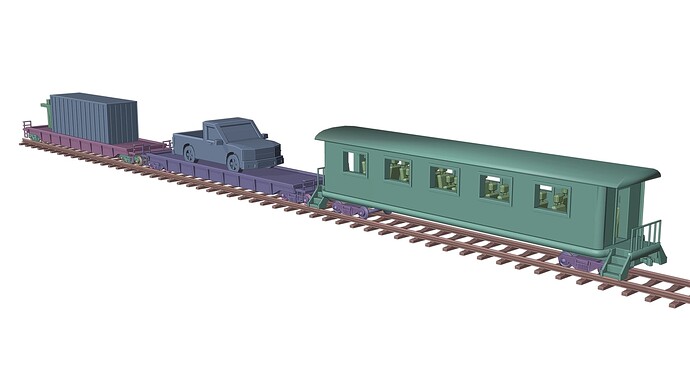 train61920×1080 66.5 KB
I took your advice into consideration and modified the proportions. Rail Gauge is now 1.6m, Door width is 0.875m, interior of the train car is 2.5m across, Flat car is 2.75m across. Truck and car seats are made by Craven btw. Rail Car looks much less top heavy now and flat cars could haul a car as well, although there are specific train cars made for car hauling. Train cars can only realistically fit one seat on each side. I’m working on the Freight Train to finish the concept atm. Im kinda debating whether I add window frames to the freight train or if I ditch the window frames and treat it more like a vehicle. Im also thinking maybe bring the steps for the rail car in slightly since I think they stick out too much. 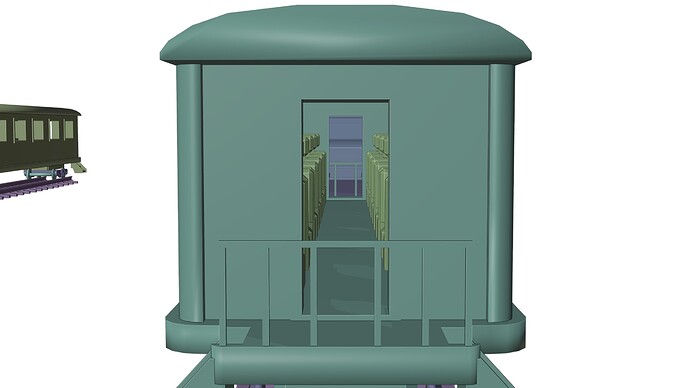 Car seats/interior are actually from the vanilla UII hatchback, was going to save that for when more vehicles were added to the game. 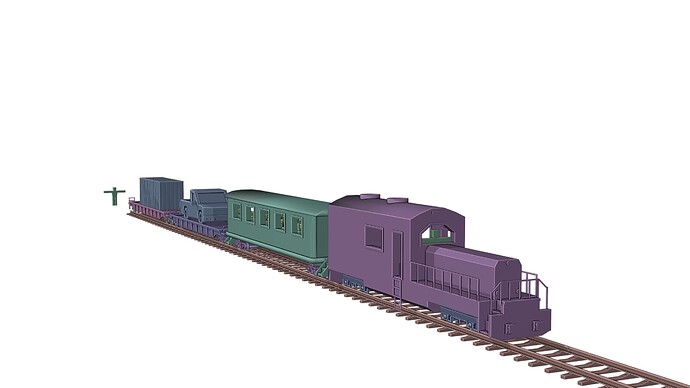 This is prob my last post on this thread. I tried making a freight train… I promise. Next UII post I make will prob be like window frames or office buildings or something idrk. I’m also convinced rail gauge definitely needs to be 1.75m across in order for rail cars with a wall thickness of 0.25m to look good. 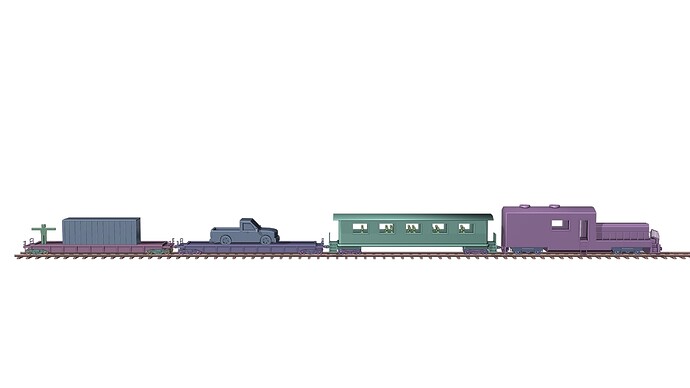