Okay, well that title seems confusing isn’t it ?, I’ll explain the objective, one of the main issues is the existence of new turneds in unturned II, of course in addition to the standard zombies, but what if each standard zombie had a unique ability ?, I’ll give an example, a fireman zombie thanks to his clothes has more fire resistance than a policeman, military zombies would be stronger, more agile and could climb certain structures like watchtowers, this would give a new air to the game in addition to the new turneds potential.

Another thing that I think has already been suggested is the degradation of zombies, when a zombie spawns and stays alive for a long time it begins to undergo changes, the appearance of more mutations in the body, slowness thanks to the degradation of the virus, maybe some zombies could suffering the reverse, spending a lot of time alive the mutation of the turned could give new abilities, it would be interesting that each zombie had a different skill evolution, in this case a zombie fireman with this “evolution” would be totally immune to fire, etc, maybe could be more of an effect for full moon, The probability of a zombie evolving varies according to the difficulty of game.

Or even worse, lettuce being lobbed at 300 kph. 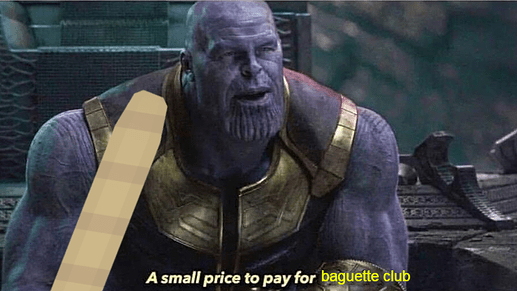 Interesting idea, however I think this should be an option that can be toggled. Because some new players won’t be able to handle zombie evolution.

Any time-based mechanic would not be good for the game outside of singleplayer. Sure, it works, until freshspawns are getting decimated by late-game zombies because nobody clears the campsites. Another problem would be that zombies are often cleared pretty fast in desirable locations, such a Seattle or a military base. This would mean that smaller starter locations would have drastically more difficult zombies than the areas that should have them. Becoming weaker over time might be interesting in multiplayer, but in singleplayer by the time you get to end-tier zones every zombie would just be a pile of flesh.

I really like this idea in Singleplayer and on personal servers (the one we play with friends only), because it brings greater difficulty and makes the game more interesting in the long run, but on public and / or official servers, it makes the game very difficult for novice players, as Froggo said.
So I would very much like to see an evolution in turneds, as long as it was an option that could be turned on and off in the options.

@Froggo Good observation, however the idea is that the virus will make these zombies more frank, slow and dumb over time, with a chance to evolve that varies according to the difficulty, but good analysis even if the chance is low in normal mode, and almost nil in easy mode can still bring problems, but my idea is that only “special” zombies have this ability, like the police, fireman, military and maybe those scientist zombies, but the standard zombies that are usually found would not have this evolution, and zombies from small camps such as lumberjacks and fishermen wouldn’t have such big evolutions.

Instead of certain zombies evolving, we could have certain areas that are hot spots for evolution via radiation, etc. Evolver zombies from radiation/evolution hot spots could also leak evolved zombies time to time. I also think that there will be hive nests (It was either suggestion or in trello) so hive nests could evolve and over time spawn in higher evolved zombies

There should be an item or a ranged weapon type that’ll slow or decreases the level,

Ex. Boomer Boy Fire, you spike him and it takes a few seconds and he spikes.

There are should be a mutation in certain areas of the map, as the forest could be crept by many Vicious zombies.

climber zombies would be cool

oh god it’s like world war z all over again