Types Of Pickup Trucks And Modifications

Too add a little realism and diversity to the game,there should be more pickup truck types.I tried to make some models to give you guys some idea on the stuff.

Not an official SDG reply.

The Roll bar could be found in mechanic shop and random garages and […] could provide protection in case of accidents.

Alternatively – utility racks to convert the back area into more storage (in a similar vein to the idea of replacing seats for storage)?

Ngl the beds of the trucks in the first few images look waaaaaaaay to long. But other than that I like the idea of having different types of trucks

The beds on the truck models look too long I think, like Paladin said. The crew cab/extended cab should make the bed a bit shorter, not just extend the length of the truck.

I made a suggestion a bit like this a while ago, just not with models. Nice work though, looks nice.

We definitely need mounted guns, or at least a mod of it. Technical trucks would be awesome

I like the Dozy models, they look very nice to me.
As for the idea of ​​different trucks and customizations like cabin lights or maybe bull bars, I am completely in favor, they allow the player to be more creative and customize their vehicles more.

Yeah i only noticed this mistake when i was done with the models but now its fixed,although some trucks come equipped with long beds as standard,this could very well be a feature.

I will try to make this,until then you can enjoy this abominations from my dark past 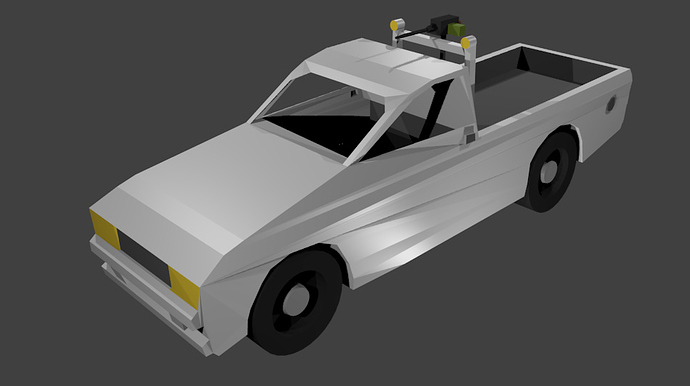 I feel like we are going to get a lot of decent vehicle mods in UII from all of these.

Yes absolutely,well most of these models i make are for u II or for concept ideas or some sort

I’m working on a little side project that I’m aiming to make in the style of UII right now so I’ll be looking into my own vehicles when I get further into it. 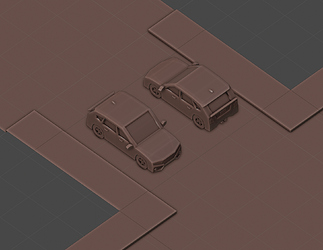 image1772×1370 361 KB
I started working on it yesterday and I set up the road network for the first stage last night. I’ll be using the UII Hatchback and the player model for extra size references since we don’t really have a lot of stuff related to roads or vehicles. First stage of the project will be recreating a simple city from a Roblox game then it’ll progress into making my own city based on what I’ve already done.
2 Likes
Dozy February 14, 2020, 1:00pm #14

I’ll be using the UII Hatchback and the player model

How did you managed to get those models for reference,can you download them from somewhere?

Character model and fire station should be here: https://wiki.smartlydressedgames.com/wiki/Modding
Can’t say where I got the car model though.

That’s all i need thanks a lot!

I raise you one autocannon. 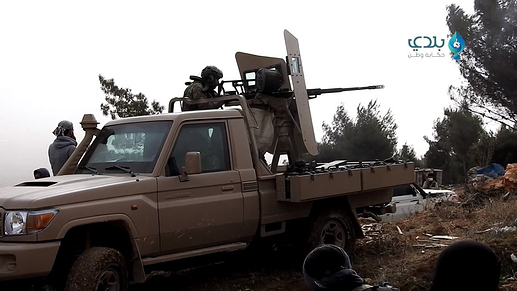 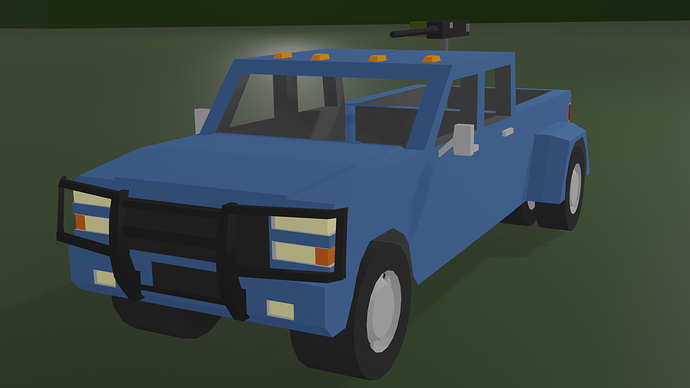 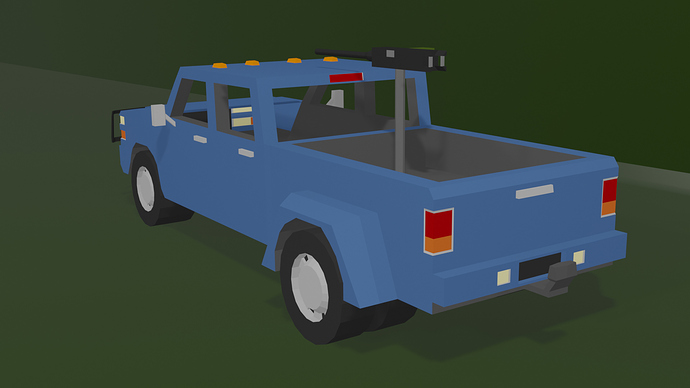 I say try it using a regular cab truck with a short bed on it.