It would be amazing to have UBGLs Ingame as an attachment, if you would put it on the gun itself, it would get a new fire mode, like Semi, Auto, Burst and there would be Grenade, if you switch to it your ammo on the screen would be a Grenade instead of bullets in the corner. It would also change the reload animations if you switch to that firemode. There could be more Grenade variants to shoot, like Smoke, Flashbang, Explosive and Incendiary. If you switch to that fire mode maybe the gun’s front could be a bit tilted up so you would actually fire the Grenade somewhere and not blow yourself up. You shouldn’t be able to put it on top rails otherwise it would look weird. @Dah_Gun_Geek get over here and react gun geek boi.

You shouldn’t be able to put it on top rails

What grenade launcher is supported solely by rails? Afaik they’re always attached to a barrel, which doesn’t have top or bottom rails.

Ur right lmao, and I say I’m a gun geek, I forgot about that

Never really cared for the idea of under barrel grenade launchers since I feel like they make Assault rifles (and some SMGS) too good at everything, or at least super versatile.

In addition to overall good traits, now having the additional ability to launch explosives, smokes, etc I think would make assault rifles overall similar to how they are in 3.0.

it would get a new fire mode, like Semi, Auto, Burst and there would be Grenade

So you want to introduce a new key binding for grenade launcher use rather than using the firemode key? I don’t see why anyone would feel strongly one way or the other, but okay.

It would also change the reload animations if you switch to that firemode.

and then you just clicking and hitting r as normal, firing and reloading the grenade launcher, until you hit that toggle button that switches you back to your assault rifle.

Why did you specify that the firing and reloading controls should be the same as regular? Did you think that by saying the reload animation for the grenade launcher should be different from the animation for the rifle, he was somehow implying that you’ll need to reload using a Wii Balance Board or something? Or is there some hidden part about reloading that I missed?

Because having to flick through multiple firemodes when all you want to do is switch to your launcher as fast as possible is a bad idea.
I’ve seen plenty of games do it where you actually press a combination of buttons, but then I figured there ought to just be a dedicated “alt mode” button that toggles the gun. I wanted to clarify that in this alt mode (aka grenade launcher) you would be using the same controls. I’m not sure where you got a wii balance board from and I think you probably just misread my post. Is there anything wrong with clarifying your ideas?

This is cool but it would be op in pvp or against zombies. Maybe we should just stick with fragmentation grenades that are worth using

I was just confused because you said OP had the controls all goofy and then said you’d make one change to make it faster but less controller friendly, and a bunch of controls that would presumably be identical to OP’s suggestion, unless the presumption was made in bad faith. 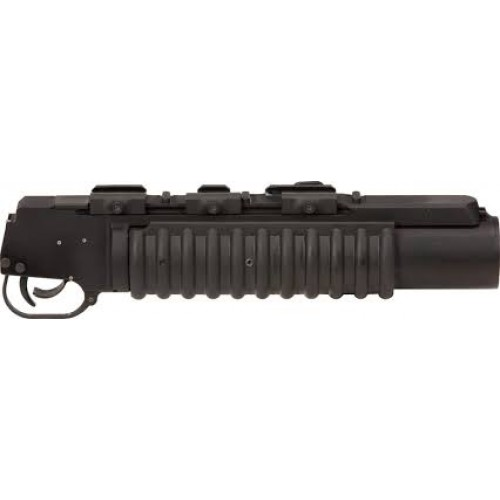 The M203 Grenade launcher is mounted on rails.

Actually,there is no need for that,because grenades have to cross a specified distance before they arm.

I reacted, your welcome

That’s not the m203, the m203a1, or even the m203a2 (which is quick detachable) where did this picture even come from? Not saying you’re wrong I just genuinely don’t know what I’m looking at here.