A revamp of my original (and lackluster) post. Enjoy.

Although standard rounds do in fact work underwater, their performance is extremely hindered. Surprisingly, subsonic ammunition actually works better underwater, with an effective range of around 2.4 meters (8 feet) before slowing to non-lethal speeds compared to the 90 centimeters (3 feet) before supersonic ammunition disintegrates. Taking this into account, normal firearms are nearly useless in aquatic environments.

Surprisingly, weapons such as bows and crossbows actually perform better than firearms when submerged despite the drag factor due to arrows having a more streamlined design.

Special ammunition known as supercavitating ammunition has been developed which function significantly better underwater, however these rounds are limited to a select few cartridges, which are 5.56×45mm, 7.62×51mm, and .50 BMG. Despite their rarity however, these should still be considered.

TL;DR, if you’re underwater just ignore firearms entirely, it’s not worth it and you’re going to waste tons of ammo. Use a specially designed underwater weapon like the ones below, or if those aren’t available use a crossbow or bow.

Alright, this doesn’t nearly have enough meat and potatoes as many of many of my other posts and is really just a glorified weapon suggestion post, but the regular badge doesn’t pay for itself, and I have to meet quota. That being said please leave any suggestions and concerns below.

If there is decent underwater environment, this could live. Otherwise, there is no point to do that.

decent underwater environment, this could live. Otherwise, there is no point 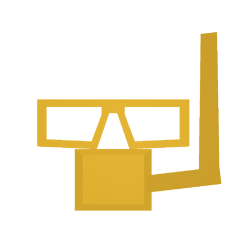 Maybe it’s just to fill the environment? Having diving masks in diving places is nice.
But it is still useless in the game

I think anything more than a speargun is overkill, though Id love to see stuff like diving tanks increasing oxygen and stuff to loot underwater(though this is up to mapmakers) could be fun to stab a shark that came out of nowhere.

Only spear guns. The rest is very unnecessary.

Having a special gun that can fire special underwater ammunition, but still feeds that ammunition out of regular AK-74 mags could be problematic. What even happens when you shove that ammo in a regular AK-74? If you think there’s a place in the meta that will absolutely need to be filled by a gun that can fire both underwater ammunition and modern Russian assault rifle ammunition, I’d say it would be better to base it off of the ASM-DT and have the underwater ammunition fit in a different type of magazine than the standard AK-74 magazine. I’d also recommend simplifying the amount of ammunition types by treating the cartridges of the ASM-DT, of the APS, and perhaps even of the SPP-1 as knecked up/down versions of the same cartridge if not fully interchangeable.

The Mk1 Mod 0 SDG UDG I could only see having a place in the game if one or more other weapons with sealed piston in their cartridges were included, such as the

Maybe instead of making the HK P11 completely useless after firing 5 shots, you should be able to replace the barrel cluster (although refilling barrel clusters would either be impossible or take a very skilled mechanic.)

I still like the ADS better than the ASM-DT though.

the DP-64 is cool, you could troll people at the beach with it