I was disappointed to hear that Nelson said is not using dual render scopes for Unturned II. For a game that seems to have a focus on Semi-Realistic gunplay. I would of expected the dual render scopes to stay. While yes, they hurt performance a bit. Being able to see plus what is in the scope is worth the trade-off of 10-15ish FPS. Other (Highly detailed I might add) Unreal games such as Insurgency: Sandstorm and Rising Storm 2 have this feature and it really isn’t much of a performance hit as it seems. I really hope Nelson just keeps it how it was in 3.0, Dual render scopes but you can turn it off for the scope overlay that blocks most of your screen. (if you really are desperate for an FPS boost.)

Many people don’t have the best pc to actually take the 10-15 FPS loss, although yes it would be better looking the price for it is not a good trade off for those with a low spec pc
EDIT: and it being turned off means that maybe since it moves in can give a better advantage to those who have it on

Yes, indeed.
Maybe leave single-rendering too, but have dual at epic or smth. Maybe have a lens effect, so when not aiming, there should be nothing on the scope, but when aiming, the image could eventually appear, again, like EFT.

Id say toss it, its not worth it to keep such a feature that is basically visual only. The fps hit is frankly just not worth it.

How about just a little reflection on the scope lens?Like Counter Strike has 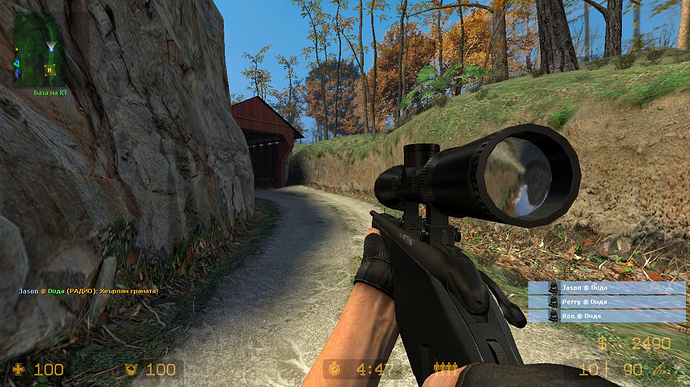 thats a horrible example, that scope looks disgusting, if anything id rather what they actually have nowadays.

Yea it looks kinda bad,just didn’t find the right image i was meaning the csgo scope

The idea was great just not the image.

Agreed. It would be nice to turn on/off dual render scopes

I don´t see problem in add and add together a config to turn on or off this thing.

I’m not worried about the fps, as long as the distance lines work then I’m all for this