So I have been making some cars lately and I think that they would work for Unturned 2 but I wanted some opinions on them. 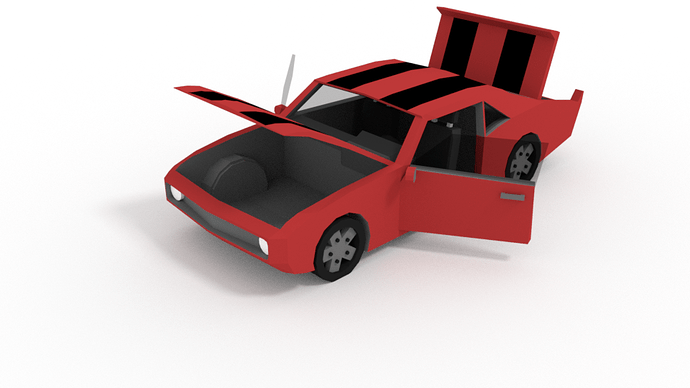 The reason I did not add it is because nelson has not shown a engine and I didn’t want to make one unless I know it will be added.

Thanks for the feedback, I tried to match it the best I could.

Something about it looks slightly…off for vanilla UII, though it’d be a perfect fit as a UII vehicle mod.

May just be that I modeled a roundish car and made it square. But idk.

Something about it looks slightly…off for vanilla UII, though it’d be a perfect fit as a UII vehicle mod.

I’d agree. I’d say that some things look a bit flimsy, as if they’d snap easily or aren’t that well secured to the rest of the vehicle.

OP should thicken up some of the thinner bits. Make them more dense. 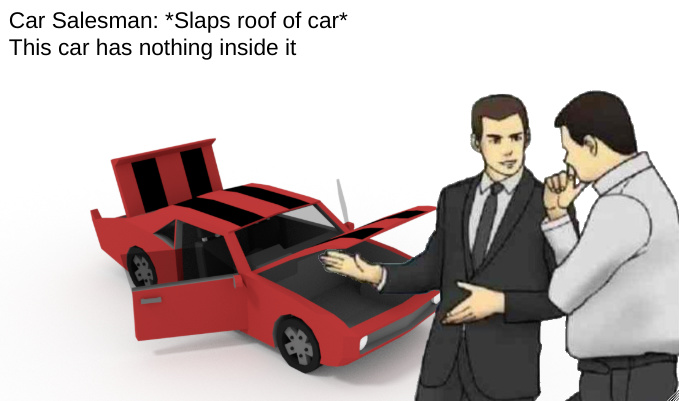 judging by the way it looks I’d think the engine could be at the rear.

This is modeled after a 1960 Camaro so engine would be in the front.