Slowly, the unturned 2 community has been dying. However, some of us have returned to Unturned 1 because of the improvements it has and will have, and it makes us happy that Unturned is improving so much and so on. But Unturned 2, our biggest hype is practically abandoned.
There are no changes in trello for months, and from the trello of unturned 1, it seems as if the things we expected from Unturned 2, now will be in Unturned 1.
So, is it possible that it will end up being cancelled and Unturned 1 will get everything?

One possible solution, I think, would be to move forward one by one, one week U1 and the other U2, but I bet it’s not that simple. So nothing, I leave this post here to see what others think.

Define UII community. Most of the players balance between either both or simply follow the current development as there isn’t that much do in the game yet. The hype can be low, but there is no such thing as a ‘‘dying’’ community when there isn’t an actual one to begin with.

As a community, i mean in the forums, on the old days there were a lot of suggestions and that, but now its very.

It’s more of the lack of active following this year or so. The absence of ‘noteworthy showcases’ would mean there’s little to get excited about, but at the same time also concerning. I can see why, since the last devlog was on December 2020. That’s about 4 months of no significant news (A new record I think) if we ignore the small technical information pieces on January and March.

People would be wondering where in the world are the core features being worked, or sometimes guessing that the dev is wasting time on things. I’ve heard of people getting disheartened when 4.x stuff are being shifted to the first game, which may look like the 2nd game is being dropped.

Best course of action is to just check the new game from time to time, maybe monthly. Just like any work-in-progress game I follow. Sure it’s been 3-4 years but that’s the result of high expectations or overhyping it 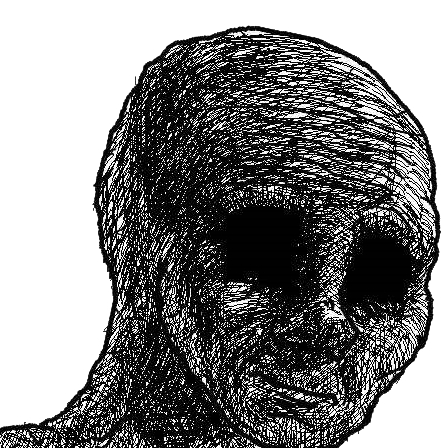 I think everyone here has that same dream my friend.

I will admit that I had a big hype for Unturned II, but it has cooled down and now I wait patiently for the game.
I would love to play Unturned 3.0 again, but I see no reason for that, especially me, who am a mostly singleplayer / pve player.
Playing unturned 3.0 alone is very sad and aimless, even maps like Russia, which have a final goal (like a minecraft enderdragon), I personally don’t feel motivated to go after it.

That was why I did that topic talking about a global navmesh, but it is something that does not fit well in Unturned 3.0, as we can see in the comments.

on the old days there were a lot of suggestions and that, but now its very.

Because everything has already been suggested really. I can’t think of anything else to suggest.

There’s plenty of new things that can be made still, suggestions need to be more than just walls of text though.

I’d have some of my stuff being showcased now but CaLcuLuS says “No”.

I don’t think Nelson is going to discard 4 years of work, just because some resources are also being implemented in 3, X nn means that unturned II will not exist, if this occurs it would cause great discontent in the community.

It is very stagnant for sure.
My guess to this, is that Nelson started off strong and very committed to getting Unturned II developed. People were pretty much the same, there were like, 10 posts a day, some very good, thought-out and interesting ideas with thorough explanation and etc. Thing is, people that were REALLY interested in Unturned II were sort of, “jumping ship” from 3.0 to II and expected 3.0 to slowly die out, as Unturned II got developed.

This last year or last 2 years even, it seems that 3.0 is still going pretty strong and as you said, things from Unturned II start to go over to 3.0. I think that Nelson is trying to manage Unturned II and 3.0 at the same time, trying to develop the new game while trying to please the 3.0 community with things like curated maps, bug fixes, optimization and the network overhaul that’s being done right now.

I honestly believe that 3.0 should’ve been left alove after some extensive QoL improvements and optimization, so as to keep 3.0 a well-functioning game and then focus on Unturned II, since that not only requires building from the ground-up, but also learning the new engine and other stuff. That’s not the case however.

And so, here we are. 3.0 still being worked on about weekly or monthly, Unturned II has a big pile of features and implementations yet to be developed, the community burned through their ideas (note, GOOD ideas, original ideas) and everything’s slowed down to a halt or a near-halt. Not very good state to be in. If Nelson did have a team by the time Unturned II started development, he could’ve let some people work on 3.0 while him and couple more were working on Unturned II. One man can’t juggle those two and get even progress at the end of month on both games. I guess one thing is to let the guys that worked on the console port (no idea why this thing even existed in the first place, but i digress) work on 3.0, but i don’t know how this will sit with the community.

EDIT: Note that i’m fully aware of why Nelson CAN’T have a team without drastically changing 3.0, i’m putting the team idea out there as a hypothetical thought.

The man is make a game by himself, and still having to upkeep Unturned. I want U2 more than anyone but I cant even compress files into a zip folder so I am not gonna complain about a one man army building a game. The community is not dead, just resting. When the game comes out the community will be their.

When the game comes out the community will be their.

Thats the only thing i hope my friend

serveral huge youtubers made videos on unturned 2.0 like pewdiepie and jacksepticeye
whos to say that won’t happen again?

Well, thats true… i think.
I dont now exactly how the game get to piewdiepie and big yt people but, one thing i am sure. is that the most exciting thing about Unturned 2.0, is that was made by someone really young.

I mean like, Nelson said that he will be working on Unturned 3.0 Netcoding and imporving it slightly then doing small things on Unturned 4.0, he isn’t abandoning 3.0 because he cares. That’s why there aren’t any 4.0 updates yet.
The updates that he has given us 3.0 were game changing.

at this rate I’m compelled to just make U2 myself. sign the copyright and use over to me, Nelson.

Time for you to learn Blender and programming skills then. 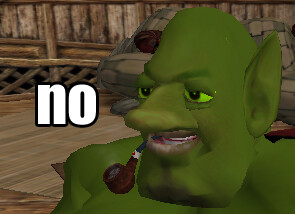