Welcome to another UII/4.0 topic. This one, in particular, is about how the zombies/Turned should play out soon and how it should differentiate with Unturned 3.0’s. Because there are the lovable and memorable classic ones we all know & there are the conceptualized organic-looking ones, let us discuss how they should work out separately & how they work out together. Let’s get started.

Zombies, or in a unique term, Turned, is the typical menace that all players face every day aside from encountering hostile players. They play an important role in creating a hostile environment to everywhere the player is in. In UII, they should be more interesting than what we have as of now by giving them new several behaviors & interactive ones. Let us dive into more detail in bullet form. 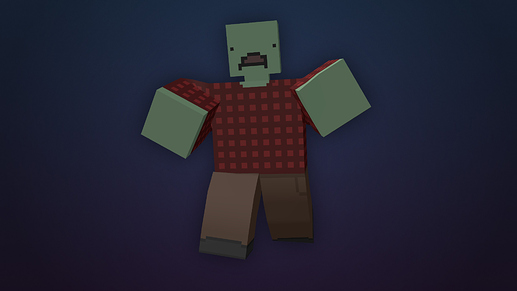 The style we all love and know, the classic zombie style is the most memorable one throughout the history of Unturned. To have them adapt to UII is quite easy in a manner of their simple design. But to fit in more logically is to have them more organic abilities than giving them abilities of unexplainable reasons of why they got cloaking or everlasting burning abilities to help give them a place in the untold UII lore. Here I will tell what is updated, new & changed that should occur in UII.

Disclaimer: I have used 3.0 models to compensate for the lack of UII character models & I made zombie models to get the idea & not to be accurate on what it should be. There are also some missing concepts & that’s because there is a general idea of what they would look like.

ORGANIC TURNED
My current imagination of the Turned are very dark, organic mutations and growths on the apocalyptic buildings, e.g. growths that spawn monsters or creatures attached to the ceiling.

Judging from what I read here, these new-looking Turned would look more organic. That means being more horrific in a way. Take note that I made my own iteration of some of these listed up there from Nelson. I will display my concepts of how I presumed they would look like but I will not explain anything further here as I already did due to that fact that these are just alternate versions.

Disclaimer: Again, I have used 3.0 models to compensate for the lack of UII character models & I made zombie models to get the idea & not to be accurate on what it should be. Unfortunately, I cannot do all speculated zombie models for all zombie types, including those that I made myself as of now. 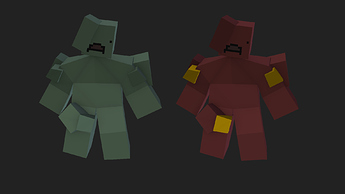 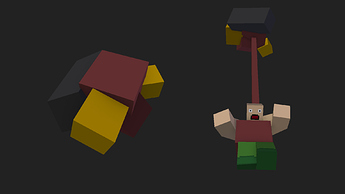 What do you think of my predictions? I know I won’t be 100% accurate but this is all that I can think of what is to come. Comment down below what you think they might be. And stay tuned to what I have yet to bring. 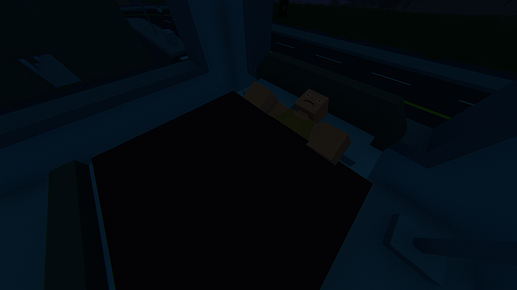 it’s long so it must be good

Seems interesting and well-thought-out but I’m not a fan of having a sickness that randomly gives you inverted controls. For a counterpart to 3.0’s berries I’d be fine with inverted controls but I think that a sickness should just give maybe a few swaying effects or slightly impaired movements every now and then to replace that.

I like it. At first I thought you were going to just suggest the 3.0 infected but with better AI but you went beyond that; however, I still think the post is a bit grounded in 3.0’s thinking.

I think you are missing some of the opportunities that an extra dimensional anomaly could bring. Not all of these Turned need to be infected humans or even mutated ones. They could be otherworldly creatures with various abilities and high intelligence instead of slow, stumbling mutants (or a good mix of both).

I do agree with human/possible animal Turned mostly retaining their original looks with various mutant variants. I wouldn’t mind seeing a smarter Turned variant (and probably some of the more regular variants wielding them rarely as well) that retains the use of player equipment, including melee weapons, and in certain locations, firearms. They wouldn’t have the best accuracy but it would provide them with a solid ranged option, while melee users would simply do better in melee combat.

EDIT: I do have an issue with randomly being given inverted controls. Screen effects should be the only thing you recieve (other than say less movement speed).

Overall I really think it comes down to me having more ideas to lay down on a good post, rather than any big flaws with it. Good post (not biased because tehswordninja model in one of the pictures)

sounds OK but I think the Turned should look kinda bloody, with the lumps and stuff growing from out of the skin, ripped through the clothes, etc.

This suggestion souds great good work on the models too!
Would love too see this ingame

Limiting the Turned to anthropomorphic beings limits the creativity. I have an idea for a non human-like Turned that could fit a good role for difficulty increase:

I’m sorry, but a few of these seem like l4d2 ripoffs xd

Certified pretty good
I’ve actually never seen a post suggesting different concepts for Turned with actual models (although I have seen 2D artwork of Turned Concepts)
But yeah, I think random inverted controls as a result of the sickness debuff is a little bit too much.

Wish I could model my own suggestion

I think an incredible idea, but I think they should have even more variations like turnouts that climb walls or jump great distances (not so big but bigger than the player’s).
I personally hope that the Unturned II is very hardcore almost forcing the players to PvE.