Well a long time ago I made a suggestion about mechanics, well my suggestion is that it works the same as Day Z if you have a gun in your hand, pressing this option will make a shot in your own you know what, among others it would make more sense to me than just fall to the ground of fall to the ground out of nowhere, even though I still want it to be possible, by no means am I supporting this practice in real life as well as I am not supporting getting a rifle and going around shooting people even though this is present in the game, remember it’s just a game.
Note: it must be completely optional and must be disabled by default. 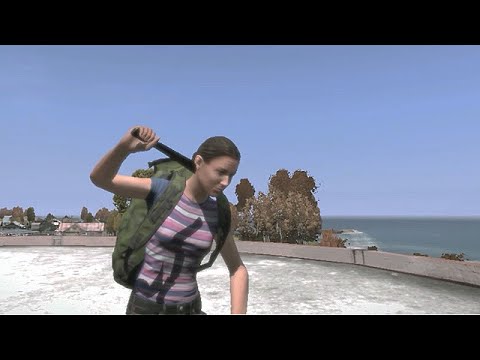 With all the kids that’ll play the game I would much rather prefer flopping on the ground.

But we must consider that unturned is a violent game anyway and it will not encourage children to do this, just as it does not make them shoot their friends, What they would really do would be troll the noobs friends who don’t know how the game works.

In addition to not having to do a dramatic animation as in the game day z.

Suicide animations have been suggested multiple times now, and I’ve held a stance against it.

unturned is a violent game anyway

Games can have cartoon violence or other lighter forms of violence, without delving to the level of a suicide animation. In this instance, I feel like that’s the case.

First of all, it’s needlessly graphic. A lot of players are in a younger demographic, which already makes this suggestion inconsiderate at best. Remember, we’re coming from U3, where there’s literally an option to disable blood splatter, and where depictions of dismembered zombie heads on stakes have been deemed inappropriate for an unreleased curated map in the past.

I understand the reasoning is subjective, but from a development perspective I feel like you should only implement features that accomodate all of the playerbase.

Secondly, Nelson has to commit extra time and effort into making an animation that ultimately doesn’t really add anything to gameplay other than arguable “visual flair”. Is it really something we need? And how many animations do you think there will have to be in order to account for suicide by every weapon type in the game? What about modded weapons?

Your main point for implementing it is immersion, but most of the circumstances upon which you would use the suicide function aren’t exactly conducive of immersion. In U3, an example of this would be accidentally getting stuck under inaccessible parts of maps. So really, immersion has already fallen apart. The suicide function isn’t supposed to “look like it makes sense”, it’s there for the gameplay vantage of getting the player out of a situation that would otherwise render the game unplayable.

A lot of players probably wouldn’t mind the simple ragdolling that occurs, since Unturned is already a notoriously goofy game. So in summary, there’s pretty negligible cause to add a suicide animation to UII.

In part I agree I am not against the “spontaneous heart attack” occurring when we have no weapons available, and I am not saying that it must be something of extreme urgency, besides that the dismemberment is still planned but as an option that can be activated or disabled, although this could conflict with how long it would take for the action to complete,
My suggestion is that after pressing the button it takes 5 seconds until you die, to make up for the time you won’t have to wait 10 seconds to do it again, just make 3 animations one for long weapons, one for short weapons and one animation for weapons melee, in the case of personalized weapons I will give an example, a double-barreled shotgun will have the animation of a long weapon if its barrel is sawn it will use the animation of a short weapon, we must have options for all players who do not like gore and those who like it, for those who have a powerful computer and for those who have a basic one, by default this option turns off, but I agree that now we have more important things to deal with, currently

red paint is the same as depicting suicide Have you no soul thy edgelord?

And seriously, if you can shoot other people and it’s fine why is it more “graphic” to shoot yourself? that’s a bit of a stretch

On the one hand, I understand that it can be something heavy in psychology, but it is just a very sincere game with my experience. Children are the greatest example of what it is to be a KOS, and I think if you are at least 11 to 12 years old, I didn’t see it without a little violence, in part and I agree that between adding this animation or doing some optimization, correction or addition of something more relevant, I prefer to wait more, but I disagree with the “insignificant details”, even because displaying 3D markers on a comb is also not something that will affect the correct gameplay so much? although it is very stupid of me to use this as an example.

This is a good idea until you fall in a hole without a gun!
no!

Also, parents might sue if their child kills themselves the way depicted in the game.

It’s just probably not worth Nelson’s time to do it.
Censorship/gore-wise/graphicness it could easily be an option that is off by default, would be kind of cool. I always liked GTA’s Animations, they add immersion, as well as serving to delay the time between suicide button click and actually doing it, making it harder to abuse it to avoid being killed/losing K/D.

Hardly, many games have this, and following this logic, parents should process any game because of their child’s behavior or your children’s actions

Well it’s okay that we disagree, but this ‘’ is violent ‘’ could be a reason to remove blood, shootings, bladed weapons and other things from the game.

I agree with it as long as its optional.

We can put the suicide fascination aside while there are much better things to look into.

Personally I wouldn’t really rely on other games for examples of glorified suicides. There are plenty of games that do not have it as well.

So it is just the matter of whether the dev is really interested or not, and supposedly (in my opinion) it is very unlikely considering the feedback from past suggestions.

@GreatHeroJ
I get where you’re coming from, but I want to explain my side. People can tell what reality is from fiction, even children can determine that it’s fiction though they’re under developed and normally can’t make many decisions on their own.

To get a little philosophical for a minute. The idea originates from Plato, he used the allegory of the cave to describe this, which is really stupid and he actually believed that people would act out what they saw in theatres and plays. Or at least, that’s what I’ve heard. (I’m an Aristotelian philosophically btw)

At the end of the day it’s Nelson’s choice to decide.