Unturned is getting a second wind from all the 4.X hype.

is this good, australian pirate?

On a serious note, I do think that Unturned 3.0 has lost its charm for quite a lot of people. Greece wasn’t exactly met with extreme amounts of hype (not to mention its very shoddy release killed hype as well).

I think we’re all now on a train head towards 4.0.

For many people Greece was, unfortunately, only as interesting as the teasers. I think going forward this proves that it really does have to be 4.0’s quality over quantity philosophy (no rushing content). It also proves that people prefer refining content over new content (compared to the Hawaii -> Greece -> Cyprus that we have).

But aside from M2m maps, people just want to see all official maps regularly updated.

What the fuck is a Vanilla?

Editor’s note: “scum” was added to fulfill the requirement of “ten characters.” We do not endorse scum actually being able to move freely. 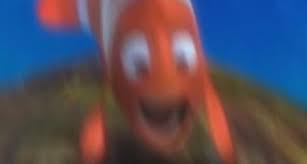