With the total overhaul that is going into vehicles for Unturned II, I think it would be a very cool idea for certain vehicles to have more perks then just fast or durable. My main example which I believe should be implemented into the game is for fire trucks to have separate water storage as well as item storage, realistically fire trucks can carry 1,000 gallons and I think it only makes sense for this to be applied for a more diverse sense of survival that we’ll see in Unturned II.

Edit: I wasn’t even thinking of adding a sprayable hose, I was just implying a way to store drinkable water for players.

is for fire trucks to have separate water storage

How we never thought o about that? This is genial, but I think it should be smaller. This could bring another purpose to this vehicle (not just this one).

i Think natural (destrucktions dont remember what its calld) would be a new and cool ide like forest fires so the fire truck would be apple to take out the fire and not destroy ex. your base. you can have snow trucks to take away snow if there been a awilance (sorry bad English) so you can take it away, this would make the nature more dangerus and players more careful lke if u shoot in a mountain with alot of snow it can make a avilance.
hope u Catch my drift!!

I definitely agree vehicles need more abilities to make them different from each other for example:
-tow truck can move broken cars that are blocking the road
-bulldozer can destroy any destructible objects (only the ones placed in the level editor)without taking any damage
…

I see how fires could be a feature,
But no
If I have for any reason that is not my choice
(so like an npc quest would be my choice but if someone lit my base on fire thats not)
Need a firetruck to put out something,
Id be furious
I’d burn with rage

I think wooden bases burning should only take a part of the wall hp and not spread.

is for fire trucks to have separate water storage

How we never thought o about that?

Fire Trucks and Fire Tankers should be able to store water, and quite a lot of it

Bruh. I literally brought this up in my first SDG Forum post ever. 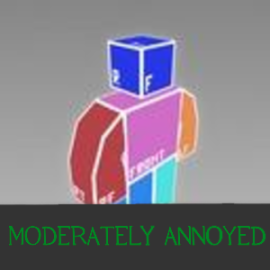