So, now we know most of the factions in Unturned, but there is one, that hasn’t got any NPC’s or quests, except for one graffiti and some notes: The Syndicate.
Prob we dont have any missions because they are the bad guys 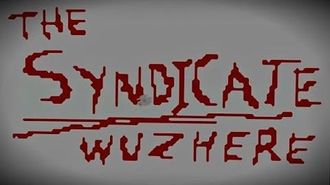 Of course, the bandits can be just random bad ppl, but I think the lore of Unturned is pretty interesting, and that AI Bandits can be from the syndicate, and in some of the Coalition Quests (Well, I don’t know if Coalition is going to be in 4.X) someone can order you to kill some of this bandits.

Should I recategorize to 3.0 because this mainly talks about 3 and you didn’t really “suggest” anything for 4.

Why would you do that? Nelson obviously isn’t adding bandits to 3.0.

I think for a few specific maps, having Syndicate bandits would be pretty neat, with Coalition NPCs giving you quests to go kill some here and there.

Good,it will add more to the lore and the immersion of 4.0

The more well known people of this forum disagree with bandit, while me and some other people like the ideas of bandits. But there’s not really anything we can do to get them added, even in singkeplayer. so we should probably just give up.

Yes it does, I’m suggesting to continue the lore of 3.0 to 4.0, not just in quests, but also in AI Bandits.

Ok. It’s just when you say,

We know all the factions but it would be cool if their we’re bandits to kill for quests.

That’s is what I consider a 3.0 suggestion because you didn’t say it was a suggestion for 4.0. Here is what should have been said:

In 3.0 we know all the factions, and in 4, if they transfer over (which they probably will) it would be cool if there were bandits to kill for quests.

we are? where. or is it something else?
Also seems good.

He meant to say “if there were”

To clarify: it is not confirmed that they will actually exist yet.

From the top of the page:

This page is a record of upcoming features teased, mentioned, or confirmed by Smartly Dressed Games and associates for Unturned. As these features have not been released yet, many details may simply be conjecture based on comments and images. All features are cited, but this information is subject to change or removal as the game progresses.

Also be sure to check the citations when using it. Anything sourced from the current Trello I’d consider to be conjecture at this point. That Trello board is very old, from before it was even decided that the game would run on Unreal Engine 4. Until the updated Trello board is made and released publicly, that information should still be taken with a grain of salt.

That aside, AI bandits have been mentioned elsewhere by Nelson in the past. Sometimes favorably, sometimes not.

Most of the lore isn’t planned to be kept/replicated. “Generic bad group here” would work better to be honest, which you did mention in your original post.