A Thread to post suggestions about weapons and aspects of their implementation.
My suggestions:

I would like to see FN FAL in the game, as it is a well-known rifle in my country, I would also like to see a wider variety of revolvers besides Ace( inspired on Colt Python).

The glock and the AR-15 in the game should have a bunch of conversion kits available in almost all the calibers, the base glock should be such that it can be turned into all the major glock models, except the single stack ones, for most of the pistol calibers except the revolver cartridges. Also we should have the ability to add optics and threaded barrels.

For the AR-15 we should be able to covert it to take 7.62x39 or 9mm parabellum or any caliber including .308 or .338 lapua(, and change barrel lengths, stock types, and fire-modes. Also like with the glock we should have the ability to add threads to the barrel.

For AKs there should be similar customization, but it shouldn’t be as extensive as the AK isn’t an easy rifle to customize as it isn’t as modular as the AR-15 or the glock.

lol just make a mod yourself when U2 comes out enough to make mods. i don’t get all these posts askin’ for certain guns. Even if you can’t just wait a month after release and pay a modder 30$ or learn to mod yourself. Both stop this huge influx of geeks asking for certain guns. plus the guns in 2 are still just generic rifles, they don’t have to be anything specific.

Learn from Elver, and realize you don’t need hyper-specific guns to have good guns.

You certainly have a point, however having real guns in 4 will make a place feel more like the real location, next the graphics in U4 is better meaning that slapping together parts of a gun to make a new weapon will generate impractical weapons that don’t make sense and will make us nerd rage and scream.

Next most guns in other games aren’t generic they are often based off of real weapons even if they may have weird and funky features. While it is true that good guns dont have to “hyper specific” then it removes the point of having weapons with models in the game, because what makes a good gun good:? Recoil, Accuracy, Damage per shot, fire rate, and other characteristics should be preferable to the player thats what makes a gun good, not aesthetics, if we further move along this line of thought we can come to the conclusion that a brown cube can also be a “good” gun if it has the aforementioned characteristics. Most games dont make guns of their own as they neither have the time,patience or skill to make a fresh accurate gun whose design if taken into the real world makes sense. I would like to add that the guns in Elver are based on real weapons at least the ones i have seen.

Also the weapons i have requested are weapons which are commonly found in north america (where i think the game is set) especially Canada such as the FAL and lee enfield ,these guns as they are obsolete can be found in reserve stockpiles of arms , which would mean that considerable number of survivors will have possession of some of these weapons, this also includes old military officers sidearms like the model 10 and the HiPower. I have requested these weapons not because they are aesthetically pleasing or that they are good guns but because if events similar to the game transpired in the real world the weapons in the hands of survivors would be these weapons and that it would be strange if not outright illogical if the weapons in the game have no weapon that it is based on unless the setting permits it for instance a fictional country or region like elver about which we have little to no historical information.

Lol, guns are for scrubs , use fists like true Russian

Its all about aesthetics. Its better for the gun to look good and be bad. And the guns dont have to exist in real life or make sense in a game that you use two cubes as hands and that has zombies 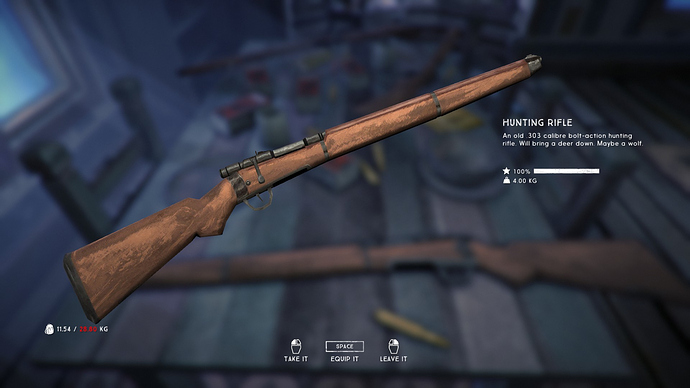 plz it would be beyond dope

I’m not asking for carbon copies of the weapons I’m asking for a version of a weapon keeping in mind the art style of the game, ie it should vaguely look like the real deal. Things have to make sense, always for example in Harry potter if JK Rowling thought the same thing and decided that they should serve fried snake and locusts at Hogwarts using the logic that there is magic so we can through all logic and sense out of the window and serve snake in country where snake isnt eaten. Similarly there are certain weapons that are characteristic of a region . And this realism can be found in most of the versions of Unturned so far.

Guns in real life aren’t made do fill out a certain tick box for a zombie apocalypse they are made to fulfill a military or civilian role, which means that the weapons carried by survivors will be the guns selected by their military or by civilians, meaning that the weapons will be that of a region, for eg: all across North America AR-15s are common, All across Eastern Europe AKs are common, if you are setting a game in a region on the planet it should reflect the weaponry of that region. Next don’t make most if not all guns military weapons, a substantial number will be civilian only sporting, hunting and plinking guns.