It took me eight days running Unturned which will significantly decrease the life of my Laptop, but it’s been done. 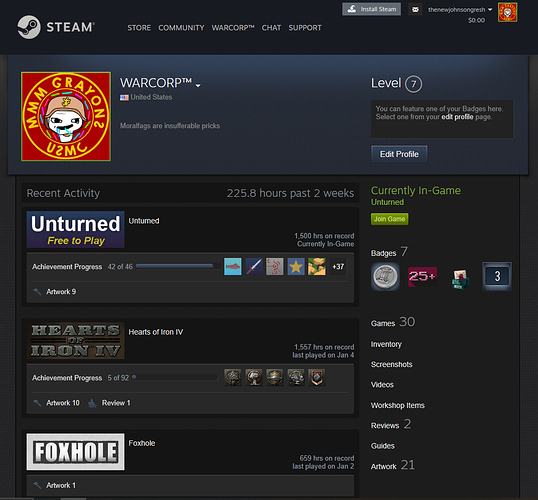 This is a real bruh moment

@skydragonfire05 The way steam logs hours is weird, to be honest. You can just sit in a game menu and it’ll log as hours. Not the most effective system in the world.

I’m playing to get 500 hours, so when the requirement goes down enough I can get it.
I never thought it was so hard to get 100 hours in a game.

Imagine proudly admitting to both gaming on and laptop and idling hours.
Jesus fucking Christ. 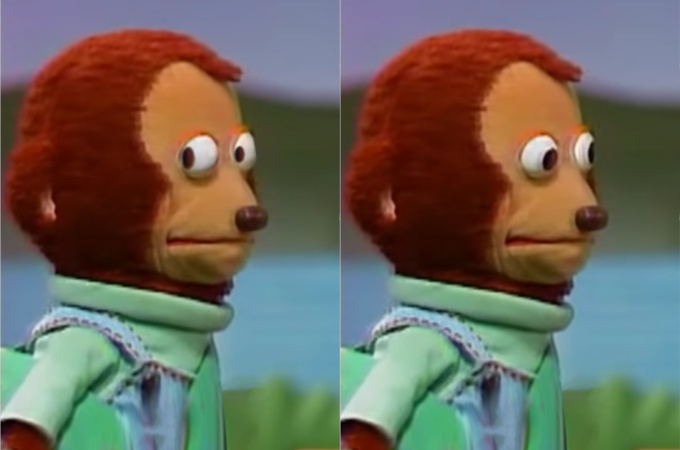 There’s an easier way to idle game hours. It doesn’t require you to have the game open at all, instead it uses the command prompt and basically tricks steam into thinking you have the game open. You’d still need to leave your PC on the whole time, but instead it would take up a small portion of your computer resources (like running the command prompt 24/7).
Just a suggestion, if you’re that desperate

I never thought it was so hard to get 100 hours in a game.

Dude just leave your computer on all night

And die for lack of money

Power is very expensive where I live, so leaving the pc on all night would be a stab in the wallet.
Not to mention I’m having so much fun on Unturned Singleplayer with forniture and farming mods, I never thought it was so much fun, it’s a shame I missed it while the servers were up (now the only thing high is pinging).

I actually use desktop for gaming. I got a laptop for College about 16 months ago and have no use for it since I dropped out. College isn’t for everyone.

There’s nothing wrong with gaming on a laptop, I only built my first PC a few days ago.

People who say there isn’t anything wrong with gaming on laptops either have no need for better performance or understand that some people are fine with much less than a desktop can offer.

My last laptop went around 4.5 years before I finally upgraded to a desktop. For most people, the performance it offered was just fine but it struggled with heat and couldn’t offer enough for what I was interested in.

Btw, I got the ticket for Unturned II and I love it. I absolutely love Unturned II.