But to answer your question: Augewehr and Nightraider would be my picks

Masterkey and Zubeknakov, though they’re both mainstream weapons so it’s 100% expected.

I’m fine whit every bolt action snipers that we had since 2.0 also grizzly because its gonna be one of the best things to find out there

I’d say the Grizzly is a good one, but if it was made into an M95 variant (bolt-action instead of the current semi-automatic one) it could make it more balanced, since a .50 BMG gun is probably going to be really good against vehicles.

Matamorez and the Kopis, because I like that H&K P3.

I don’t want a .50 BMG sniper rifle in II since it’s hard to balance it without making it a one shot weapon, and if you tone down the damage so it isn’t like that then it’s really not a .50 anymore, and could be replaced with another rifle anyways.

“sniper rifles” are elegedly planned to be able to send players into a downed but not out state, and eventually cause bleed out, with a single headshot. If “sniper rifle” cartridges still includes .50 BMG, as it did in 3.X, then that’s how they’ll be balanced. If .50 BMG is considered too powerful for “sniper rifles” then it could cause the player to bleed out faster or even skip the DBNO state with headshots, and/or body shots could be made as powerful as headshots. Beyond that, there’s potentially also barrier penetration, armor penetration, damage drop off, ballistic drop, muzzle velocity, recoil, and drag, if you’re really concerned about it behaving like an actual 12.7×99mm cartridge. If you have found the optimum value for all of these variables, and it still doesn’t fit with the gameplay, balance, or progression that you’re trying to create on a particular map, then just don’t include it in the spawn tables of that particular map.

bruh maybe just not worry about realism, anyone that would actually be bothered by a “.50” sniper in roblox zombie game 4 not one shotting is wild.

Hmm i’d like to see most of the guns from 3.0,with exception the shadowstalker,but with some Real Life balances that would make the difference for example:

Ok,this one is a Sniper Rifle and not an Assault Rifle as it appears in-game,BUT it can be used in full auto with its original magazine of 10 9x39 SP-5 bullets Or magazines of 20 9x39 SP-6 from the AS Val.In 3.0 it uses magazines that hold a lot more ammo(17 and 36 rounds

-Semi is Semi,and like all other guns in Semi,it has a small but annoying delay (that i hope will be fixed)but if it is fixed you should be able to quickly tap the click to shoot,but as fast as your finger is,like a special characteristic of it

-Auto,in the matamorez is slow(rate of fire) like a compensation to the very high magazine capacity and high damage but actually it should be very fast(rate of fire) and the magazine(10 rounds) would deplete faster,this being the balance ammo/damage/Rate of Fire

I’ll resume this to:

-Nerf Damage to idk…around 45,to use at least 3 shots to kill from the chest up and 4 or 5 to limbs (and of course the shots will make you bleed)

-Buff Rate of Fire plus quickly tapping in semi.

Wow,it is longer than i tought it would be(took me like 2 and half hour

),but well,this are my opinions about how this 2 guns should be balanced,everyone is free to give his opinion and this is the mine

PD:I choosed these 2 because:The Mp5 i really like it and i think it needs to be fixed and the Matamorez because i still think its a lot broken and very overpowered(Needs almost no skill

timberwolf for sure, just because i remember how excited i got when i found one in 2.0

Sawn Off, but with the stock removed too!

actually, I think I’m going to go with The Canned Beans 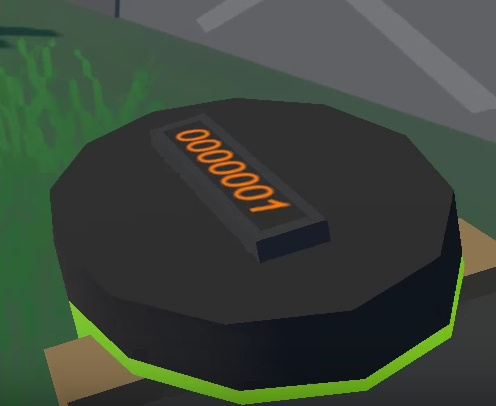