What game got you into gaming?

What games made you guys into gamers? My first games were Operation Flash Point: Cold War Crisis and IL-2 Sturmovik. Not the most normal games for a little kid to play, yet they were the ones to ignite my passion for gaming.

My first game was Need for Speed: Underground 2, but my favorite game from my childhood has got to be GTA SA or CS 1.6, man those were the times

In my country, CS 1.6 is still very popular among people with weaker computers and especially in the informatics classroom in my school.

Lego Rock Band for the Wii

My first games were Delta Force: Black Hawk Down and Far Cry 1

Good old 1998 starcraft broodwar. I remember my dad first showing me it and being in awe at the little red pixels flying off of marines as they were massacering zerglings. Probably not the best stuff for a 8 year old.

But I have plenty of other touching experiences with other games that have just made the bond between me and games stronger.

Unturned is one of those games <3

MINECRAFT BABBBBY got that shit early on, been playing since. I member the alpha days like it was yesterday. 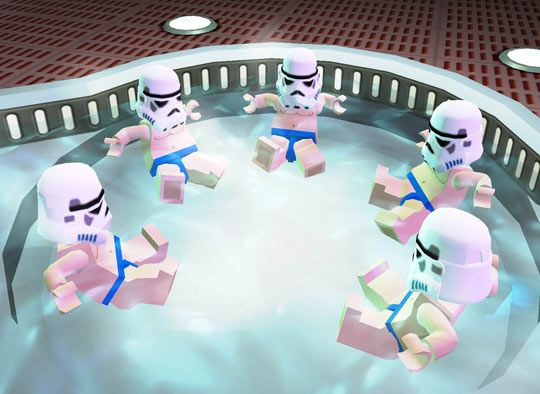 It was IL-2 sturmovik.

It really grabbed a hold of me and I was engulfed in it. At an early age, I really loved tanks, so being able to play a game that had tanks, was a truly exciting experience.

It’s a shame the road they have taken however, but at least WoT helped me get my foot into the door for other games.

Same here. Family friend gave us an old workstation PC with a Pentium 4 and 8800 GTS and threw in some games for me. Played SC:BW for years without sound because didn’t have speakers or headphones. Was the first non-flash game I played on PC and set me down this path.

Yup, I dont even remember what was inside our old home desktop, but I dont think it even had a sound card. A lot of the time I would just watch my dad or my brother play starcraft. For me the game I spent alot of time on in a row was SC:BW>Stronghold Crusader>Civ 3>Civ 4>Spore>Minecraft>DayZ>Unturned. Good times, still have a 3 year old save file of civ 4 cavemen2cosmos on around turn 17,000. It takes multiple hours just to process the AIs turn though so Im not making much progress, and its only around the 1920s. I dont even remember the beginning of that game.

I dont even play that many hours of video games per day, nowadays only an hour or two, I’ve just been playing them for so long that the time stacks up.

flash games (yay, newgrounds!) and PS2 games were very important for me (specially emulators for Nintendo consoles and the Chicken Little game).

I only got my steam account on 2014, my first games were TF2, GMOD and Unturned.

I only got my steam account on 2014, my first games were TF2, GMOD and Unturned.

I got mine in 2014 (maybe 2013 ill check) aswell, My first games were Starbound, Counter Strike, and Unturned.